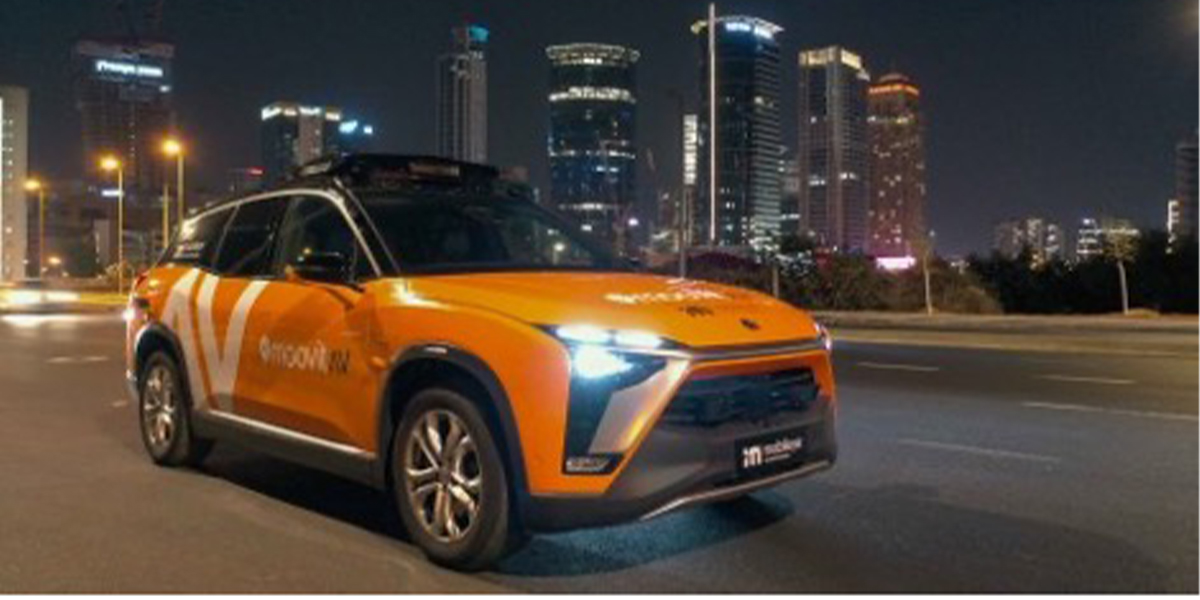 The sleek new Mobileye robotaxi was unveiled with the launch of the MoovitAV robotaxi service.

Mobileye, an Intel company, has unveiled the 6-passenger, road-ready electric autonomous vehicle (AV) that will be used for commercial driverless ride-hailing services in Tel Aviv and Munich starting in 2022. Equipped with the Mobileye Drive self-driving system featuring 8 EyeQ 5 SoCs in the AVKIT58, the all-electric Mobileye AVs will operate under the MoovitAV service branding.

“Mobileye is passionate about bringing autonomous vehicles to consumers. The new Mobileye AV, accessible through the MoovitAV service, is an important milestone on the way to a driverless world,” said Prof. Amnon Shashua, Mobileye CEO.

Getting to full autonomy requires solutions that can scale, the company says. Mobileye’s AV was designed from the ground up to scale both economically and geographically while addressing the essential attributes of efficiency, accessibility and safety. It is the first AV to employ all features of the Mobility trinity, including the True Redundancy sensing solution with cameras, radar and lidar sensors, Mobileye’s crowd-sourced Roadbook AV map, and Responsibility-Sensitive Safety (RSS) driving policy.

The same Mobileye Drive self-driving system used in Mobileye’s AV can be used in a variety of vehicle types for the movement of goods and people, making it perhaps the most versatile self-driving solution available today, according to the company. For example, Mobileye plans to collaborate with Schaeffler to build a self-driving chassis that can be used in building autonomous shuttles. Mobileye also previously announced an agreement with Udelv to supply Mobileye Drive for the autonomous Udelv Transporter for last-mile goods delivery. Also previously announced was an agreement with Transdev and Lohr to produce and deploy autonomous shuttles in France and Germany.

Advertisement
In this article:Autonomous Vehicles, mobileye, robotaxis
Print
Up Next:

Mobileye Moves From The Garage To The Streets

Nokian Tyres Introduces Most Sustainable Tire to Date
Connect with us