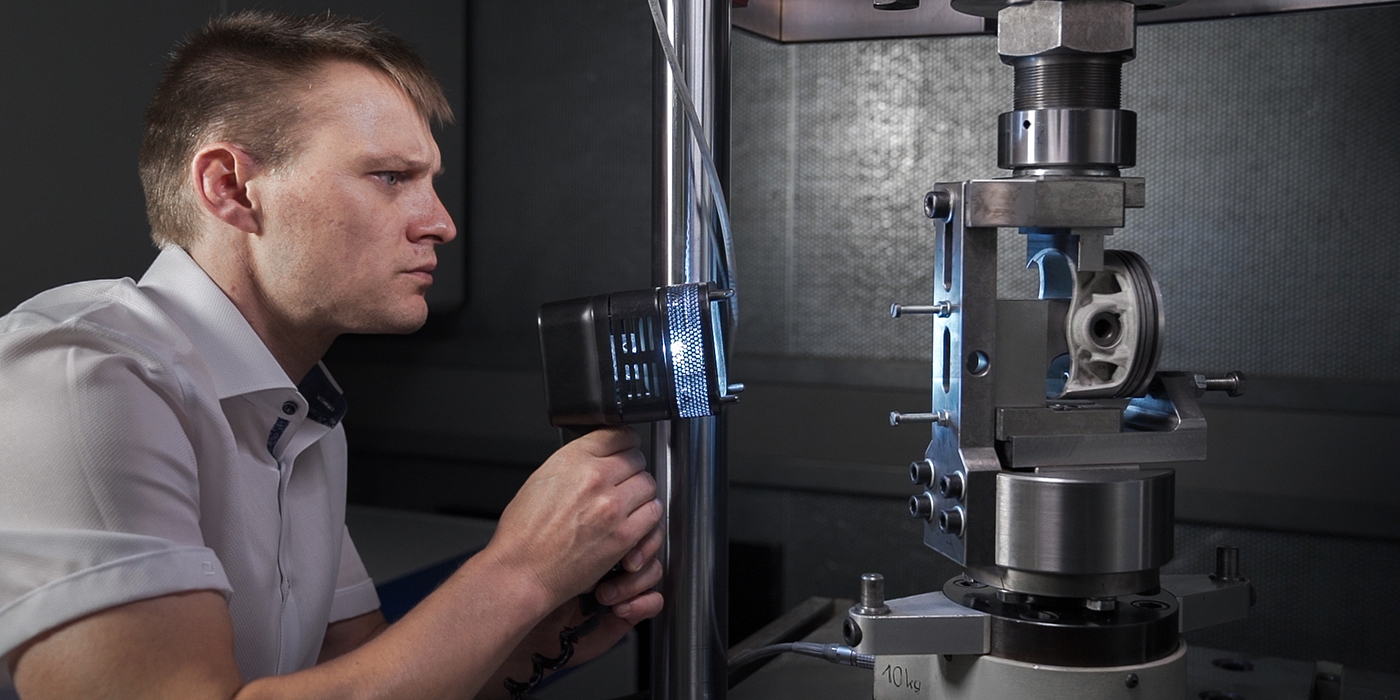 As part of a cooperation with sports car manufacturer Porsche and mechanical engineering company Trumpf, MAHLE has produced high-performance aluminum pistons using 3-D printing techniques for the first time. The pistons were successfully tested on the engine test bench for Porsche’s 911 GT2 RS sports car. Whereas standard forged pistons have reached the limits of their performance potential, it is conceivable that the power of the 700 HP Porsche engine could be boosted by 30 HP with an associated increase in efficiency. MAHLE is specifically developing its expertise in 3D printing, so that, in the future, it will also be able to support its customers in the field of alternative drives, including electric drives, by supplying suitable components for drives, thermal management, and mechatronics promptly.

“The results of the project confirm the great potential of 3D printing and demonstrate MAHLE’s particular competence in the field of high-performance small and limited runs and in relation to prototyping and aftermarket,” says Dr. Martin Berger, Head of Corporate Research and Advanced Engineering at MAHLE.

Frank Ickinger, project manager at Porsche, commented, “Thanks to the close cooperation of everyone involved, we were able to demonstrate the potential of additive manufacturing in our top-of-the-line high-performance sports car, the Porsche 911 GT2 RS, thus clearing the way for its use in future drives. In terms of technology, this is the start of a new chapter for us, which opens up completely new possibilities in design and production.” Steffen Rübling, project manager at Trumpf, also sees big opportunities for 3D printing in future manufacturing processes. “The project illustrates how 3D printing can be used to further improve components whose performance potential has already been exhausted by decades of development. This will benefit many other industries, such as aerospace and energy.”

The new process presents the option of implementing a so-called bionic design. In this approach, which mimics natural structures such as the human skeleton, material is added only in loaded areas, with the structure of the piston being adapted to the load. It saves material and has the potential to make the 3-D printed piston up to 20 percent lighter than its conventionally manufactured counterpart while increasing rigidity.

In addition, the developers at MAHLE have introduced an optimally positioned and specially shaped cooling gallery near the piston rings. This design is based on MAHLE’s many years of experience with thermal processes on the piston and is only possible using 3D printing. The cooling gallery reduces the temperature load at the so-called top land, a particularly stressed part of the piston, thus optimizing combustion and paving the way for higher maximum engine speeds.

The new production process is based on a special aluminum alloy developed by MAHLE with a long history of successful use in cast pistons. The alloy is atomized into a fine powder and then printed in a process known as laser metal fusion (LMF). A laser beam melts the powder to the desired layer thickness, followed by the application of a new layer on top, thereby building the piston up one layer at a time. Using this method, 3D printing specialist Trumpf produces piston blanks made up of approximately 1,200 layers in around 12 hours.

“This project involved multiple challenges. From the design of the piston through the specification of the material and the development of the appropriate printing parameters, we had to make many fine adjustments to achieve the optimum result,” explains Volker Schall, Head of Product Design in Advanced Engineering at MAHLE. “We have now not only mastered the technical side of things, but can also assess how the method can be embedded into existing manufacturing processes.”

The piston blank is then finished, measured, and tested at MAHLE and must meet the same strict standards as a conventionally manufactured part. Special attention is paid to the central area of the piston – known as the skirt—and the point at which it connects with the conrod—the pin bore. These areas are subjected to skirt pulsing and tear-off tests; MAHLE’s engineers can thus simulate the loads that will occur during future operation.

In addition to cutting open pistons for analysis, project partner Zeiss carried out numerous nondestructive tests using procedures including CT scanning, 3-D scanning and microscopy. The results show that the printed piston achieves the same high-quality standard as a conventionally manufactured production piston. When it came to practical testing, six pistons were fitted in the engine of the Porsche 911 GT2 RS, and the drive unit successfully completed 200 hours of endurance testing under the toughest conditions on the test bench. This comprised around 6,000 kilometers at an average speed of 250 km/h including refueling stops, and around 135 hours at full load. The test run also included 25 hours of motoring load, i.e., the simulated overrun mode of a vehicle.

Further evidence of the advantages of 3D printing is provided by an additional charge air cooler, again developed as part of the joint project with Porsche and Trumpf. Hidden in an air pipe between the turbo and the original charge air cooler, this additional component benefits from a significantly larger heat transfer surface thanks to the possibilities opened up by 3-D printing. This allows flow control and cooling to be optimized, resulting in cooler intake air, increased engine performance, and lower fuel consumption.

MAHLE is strategically expanding its competence in 3-D printing

MAHLE is set to harness the potential of new production processes, such as 3D printing, for further projects and aims to expand its competence in this area specifically. Shorter development and production times present a great advantage. This is particularly true when it comes to new technologies such as e‑mobility, where thermal management components with complex structures are needed to provide cooling and air conditioning in electric vehicles, motor or transmission housings, and battery systems. Further examples include optimized components in the periphery of the motor, such as air pathways, filter housings, and oil management components.

Areas of need have also been identified with regard to the development of small lots and the production of discontinued components to supply the aftermarket for historic vehicles. Other promising fields of application involve rapid prototyping, i.e., the quick construction of parts for testing, and reverse engineering—the reproduction of components from a 3-D scan.

Advertisement
In this article:Mahle
Print
Up Next: