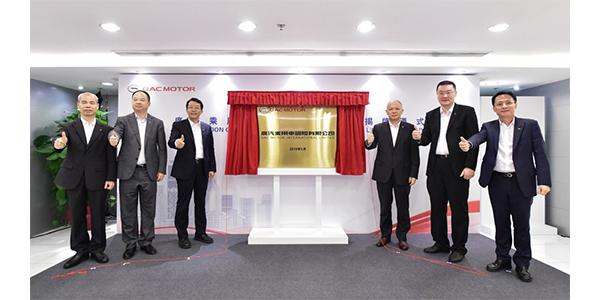 Yu Jun, president of GAC Motor, revealed an update to its plan to enter the Russian market at the 2019 St. Petersburg International Motor Show.

GAC Motor has been increasing its activity in global markets, launching several new models in the Middle East, opening four dealer stores in Ecuador and preparing for the launch of the GS8 in the Russian market later this year.

Jun revealed an update to the company’s plan to enter the Russian market at the 2019 St. Petersburg International Motor Show.

In recent years, GAC Motor says it has witnessed steady development since the launch of its internationalization strategy and is now present in 16 countries with products including sedans, SUVs and MPVs, and is recognized as a leading auto brand in several markets. In 2018, GAC Motor reported a 69% year-on-year increase in international sales.

Since the beginning of 2019, GAC Motor has continuously improved its international operations, increasing the brand’s global competitiveness. GAC Motor’s Russian subsidiary, GAC Motor RUS, which is the first attempt for the company to operate an overseas subsidiary independently, entered into operation in early April and has begun preparations for product releases and the opening of new stores.

In April of this year, GAC Motor hosted its 2019 International Distributor Conference to discuss global business development with distributors worldwide. During the conference, Yu noted, “We will continue to invest in supporting our distributors and partners to establish a winning model of collaboration.”

In May, GAC Motor International Limited, a wholly-owned subsidiary of GAC Motor opened in Hong Kong and will serve as GAC Motor’s platform for capital, talent and investment, optimize the receipt and payment process and work with financial institutions to provide inventory ownership service for international dealers. Together with the company’s Russian subsidiary and other overseas subsidiaries, it will support GAC Motor’s strategy of global brand presence.

In addition, GAC Motor says it also is making efforts to reach more global consumers in diversified ways. The company became the official car partner of 2019 Miss Universe Myanmar in May. Nearly one week ago, at the Kalayaan Cup, a 12-hour endurance race for the hardcore racers of the Philippines, the race team of GAC Motor brought home the gold in several categories as a new-comer of the event.

To respond to the positive market feedback, GAC Motor plans to accelerate its overseas expansion while continuing to introduce new models to different markets across the world, participate in key global industrial events and launch overseas marketing campaigns.

Advertisement
In this article:automakers, GAC Motor
Print
Up Next: