Baidu to Add 200 Fully Driverless Robotaxis to Fleet in 2023 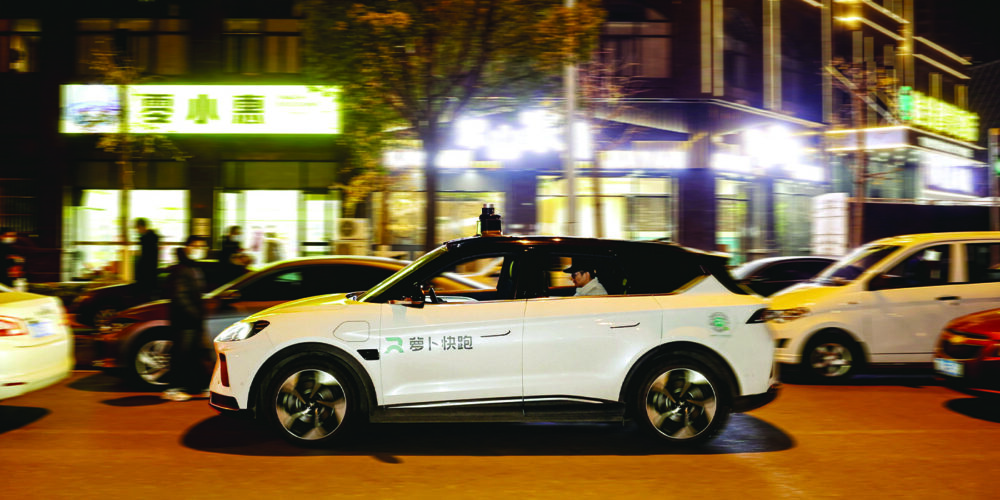 Baidu has announced a major step forward for its autonomous ride-hailing business in Beijing, as the company has been granted the Chinese capital’s first-ever license to test-drive fully driverless vehicles on public roads, with no driver or safety operator in the car.

Baidu received Beijing’s first license to test autonomous vehicles with no driver or safety operator in the car.

Earlier this week, Baidu also announced a major expansion of its commercialized fully driverless robotaxi service in Wuhan, tripling the size of its operation area, increasing the number of robotaxis in service and expanding operating time to include key evening hours. These two moves together mark a major milestone on Baidu’s ambitious autonomous ride-hailing roadmap, as the company plans to put an additional 200 fully driverless robotaxis into operation across China in 2023, aiming to cover the largest fully driverless ride-hailing service area in the world by the end of the same year.

By receiving Beijing’s first license to test vehicles with no driver or safety operator in the car, Baidu is one step closer to providing fully driverless ride-hailing service to residents in the capital city. A total of 10 fully driverless test vehicles will travel across a 20 square kilometer area in Beijing Yizhuang Economic Development Zone, covering a series of complex urban road scenarios. With the start of test drives in Beijing, the cumulative area of operation and testing for Baidu’s fully driverless fleet now covers a total area of over 100 square kilometers across China.

In Wuhan, Baidu’s autonomous ride-hailing service platform Apollo Go now covers an area of 130 square kilometers (50 square miles) in the city, serving a population of 1 million. The expansion extends the coverage of Baidu’s fully driverless service from Junshan New Town to the third to fifth ring of Wuhan Economic Development Zone. At the same time, the operating hours of fully driverless robotaxi service in Junshan New Town have been extended to better meet the public’s needs for evening travel. Baidu now becomes the first and currently the only vendor in China to provide commercialized fully driverless robotaxi service during evening hours.

Apollo Go has witnessed stunning growth in Wuhan over the past several months, having begun operations in the city in May 2022. Three months later, Wuhan became the first city in China to host commercial operation of fully driverless autonomous driving after Apollo Go upgraded its services in August. As one of the leading centers of automotive industry innovation in central China, Wuhan has been actively leading the way in enacting policies to support autonomous driving. At present, Wuhan has more than 400 kilometers of roads fully enabled by intelligent networks, ranking at the forefront in China.

In addition to Wuhan, Apollo Go currently provides commercialized autonomous ride-hailing services in cities including Beijing, Shenzhen and Chongqing. Apollo Go’s service in Chongqing and Wuhan features driverless commercial operation, with no driver or safety operator in the car, making the company the first in China to operate fully driverless robotaxis in multiple cities. By the end of the third quarter of this year, the cumulative order volume of Apollo Go exceeded 1.4 million, ranking Baidu as the world’s largest robotaxi service provider.