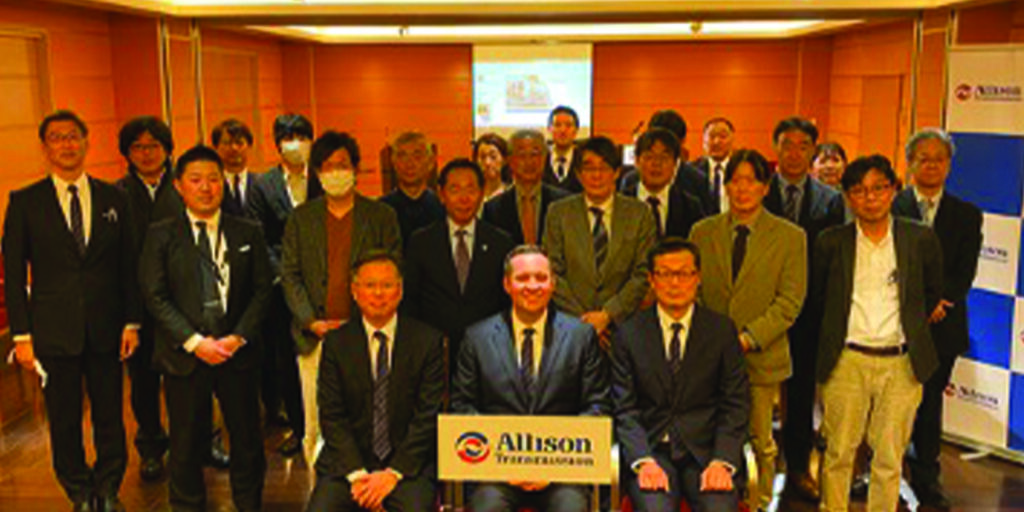 Allison Transmission said it is honored to celebrate the 50-year anniversary of its business presence in Japan, an important milestone in the successful partnership between Allison and Japanese commercial vehicle equipment manufacturers.

“We are proud of our established history of providing propulsion solutions uniquely suited to Japan’s road conditions and market needs, and are pleased to have reached this milestone,” said Brian Geiselhart, executive director, Asia Pacific Sales, Allison Transmission. “Our collaborative partnerships with Japanese OEMs have significantly accelerated our growth outside of North America. Pairing Allison’s reputation for quality, reliability and durability with the global presence of our OEM partners has strengthened our ability to deliver on our brand promise to provide the most reliable and valued propulsion solutions to help customers in Southeast Asia, Australia and emerging markets work more efficiently.”

Allison’s partnerships with OEMs in Japan date back to the 1970s, when Isuzu selected the Allison fully automatic transmission for its medium-duty trucks. Through continued growth since then, more than 150,000 Allison fully automatic transmissions have been integrated by several major Japanese commercial vehicle manufacturers, including Hino Motors, Kato Works, Mitsubishi Fuso, Mitsubishi Heavy Industry, Ohara Corporation and UD Trucks, into domestic vehicles and exports to 21 countries and Antarctica.

Allison’s Torqmatic Series transmissions have been installed in more than 10,000 buses in the domestic Japanese market. The company’s fully automatic transmissions operate in three-quarters of large route buses in Japan, supporting local transportation throughout the country. In addition, the Allison 1000 Series, 2000 Series, 3000 Series and 4000 Series have been integrated into a variety of commercial vehicles including dump trucks, mixer trucks, wing vans, refuse trucks, fire trucks and snowplows.

Allison Transmission Japan has developed a nationwide network of service dealers to ensure its transmissions operate at peak performance and have an extended lifecycle. Allison says it remains committed to offering innovative propulsion solutions designed to meet the needs of the domestic market in Japan as well as reliable aftermarket service through the Allison Authorized Service Network.