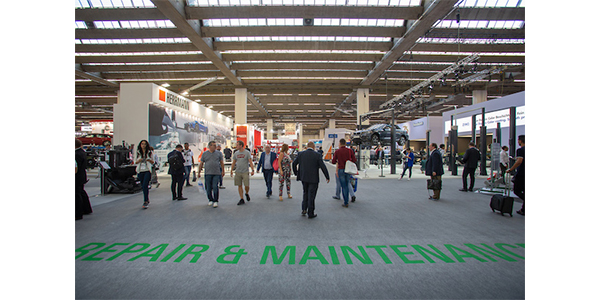 The event drew 136,000 trade visitors from 181 countries – another record, according to event organizers.

Automechanika Frankfurt concluded on Sept. 15 following five days of the trade fair with a record number of exhibitors, more visitors than in 2016 and a new record for the amount of exhibition space.

The event drew 136,000 trade visitors from 181 countries – another record, according to event organizers. Of these visitors, approximately 10,000 attended the event this year for the first time. Eighty-two percent of exhibitors said they had achieved their goals for the event (compared to 78 percent in 2016). The megatrends highlighted at the fair included digitization, clean vehicles and classic cars.

As Detlef Braun, member of the executive board of Messe Frankfurt, put it: “The 25th Automechanika Frankfurt was the biggest and most international event in its history.”

More than 5,000 companies presented their new products at the show, Braun added.

“The feedback from our customers has been unmistakable: Never before has the Automechanika Frankfurt fair been so focused on the future,” he noted. “All areas of the automotive aftermarket – industry, retail and workshops – have responded to megatrends that include connected cars, networked workshops and clean vehicles, offering an amazing range of innovations for the international group of professionals in attendance these past few days. In all 23 exhibition hall levels and in the outdoor exhibition area, things were really humming.”

Numerous suppliers showcased the future of vehicle repair, including augmented reality, and a number of them did so in the form of workshops, such as Bosch. Manfred Baden, president of the Automotive Aftermarket Division at Robert Bosch GmbH, said he considered the trade fair to have been a huge success for Bosch: “Automechanika continues to be the most important trade fair for the aftermarket worldwide.”

Porsche AG, which was exhibiting at Automechanika for the first time, said it welcomed the direct feedback from trade fair visitors while at the event. The automaker presented its innovations in the fields of electromobility and digitization, which was exactly what the automaker aimed to do, according to Robert Heismann, director of aftersales business development.

This year saw a total of 120 submissions for the Automechanika Innovation Awards. Award-winners included new LED aftermarket solutions such as those from OSRAM. Louise Eriksson, global head of sales marketing AM at OSRAM, noted, “As the international flagship fair for the aftermarket, Automechanika offers us the perfect platform on which to present our product highlights and innovations to a wide audience. We are particularly proud of the Automechanika Innovation Award.”

New technologies were at the forefront in more than just the fields of parts and workshops. Paint manufacturers such as Sherwin-Williams from the U.S., made its first-ever appearance at Automechanika, and used virtual reality to present new products and a new training app. 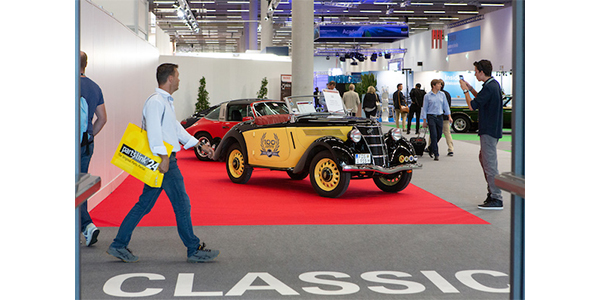 As a counterpoint to the emphasis on the digital world, the new Classic Cars exhibition area enjoyed an impressive debut at the trade fair. Seventy-five percent of exhibitors in this new area said they were very satisfied, including parts manufacturers, paint makers, start-ups and associations. “With the integration of a Classic Car area, Messe Frankfurt has found a fitting response to the huge interest in classic and collectible cars. With our stand at Automechanika, we were able to reach potential customers and suppliers from around the globe – just as we had hoped to,” said Jörn Schwieger, marketing director for Volkswagen Classic Parts.

The next Automechanika Frankfurt is scheduled to take place Sept. 8-12, 2020.

Advertisement
In this article:Automechanika Frankfurt 2018
Print
Up Next: