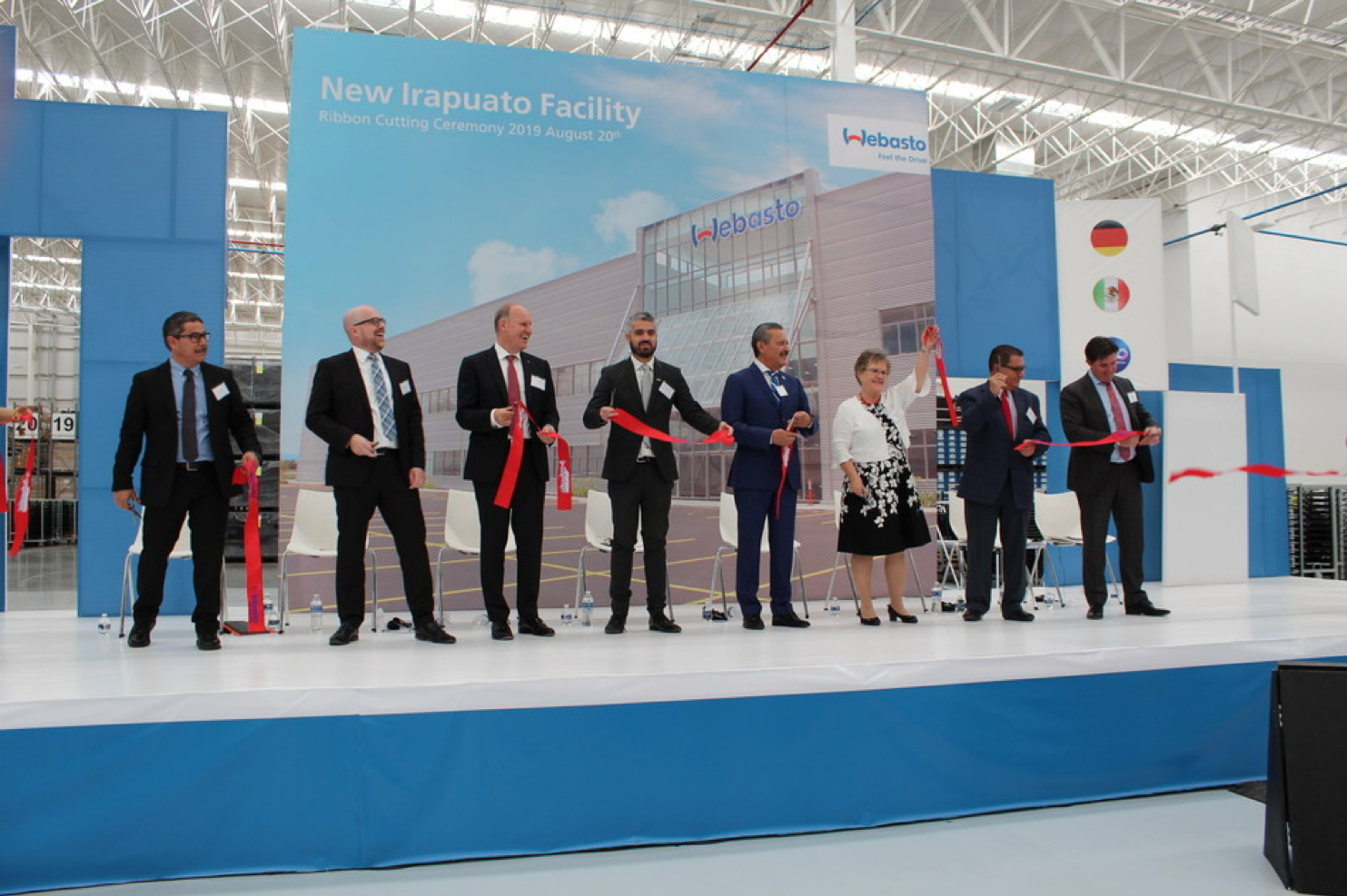 Due to increased demand in recent years, the company has invested $28 million USD in building a new, considerably larger location.

Webasto today celebrated the opening of its new plant in Irapuato, Mexico. Since 2008, the company has produced roofs in Irapuato for various automobile manufacturers with locations in Mexico and Brazil. Here, Webasto also produces components for its own plants in the U.S.

Due to increased demand in recent years, the company has invested $28 million USD in building a new, considerably larger location. At the opening ceremony, Webasto US CEO and President André Schoenekaes stated, “Webasto is proud of our continued growth and history in Mexico. The opening of our new Irapuato facility is an investment into our company’s future, an investment in the people of Irapuato and the state of Guanajuato. Not only will this expansion strengthen our relationship with Mexico, but it will help us to better collaborate with customers. Their goals become our goals and together we achieve success.”

Construction work on the new site in Irapuato began in March 2018 and was completed almost 15 months later in July 2019. The new location is approximately three times larger than the previous one. The number of employees is expected to rise from around 460 to 580 within the next months. In addition to the expanded production capacities for sunroofs and panoramic roofs, the new building also offers space to drive forward region-specific developments for customers, Webasto said.

The Webasto Group is a global innovative systems partner to almost all automobile manufacturers and among the top 100 suppliers in this industry sector. The company’s product portfolio comprises a broad range of roof and heating systems for every type of vehicle and all drive types as well as battery systems and charging solutions. Moreover, Webasto has a strong position in the aftermarket providing dealers and end-customers with customized solutions and services relating to thermo management and electromobility. In 2018, the company generated sales of 3.4 billion euros (approximately $3.8 billion) and had more than 13,000 employees at more than 50 locations, with more than 30 of these being manufacturing plants.

The headquarters of the company, founded in 1901, is located in Stockdorf near Munich, Germany.

Advertisement
In this article:mexico, Webasto
Print
Up Next: