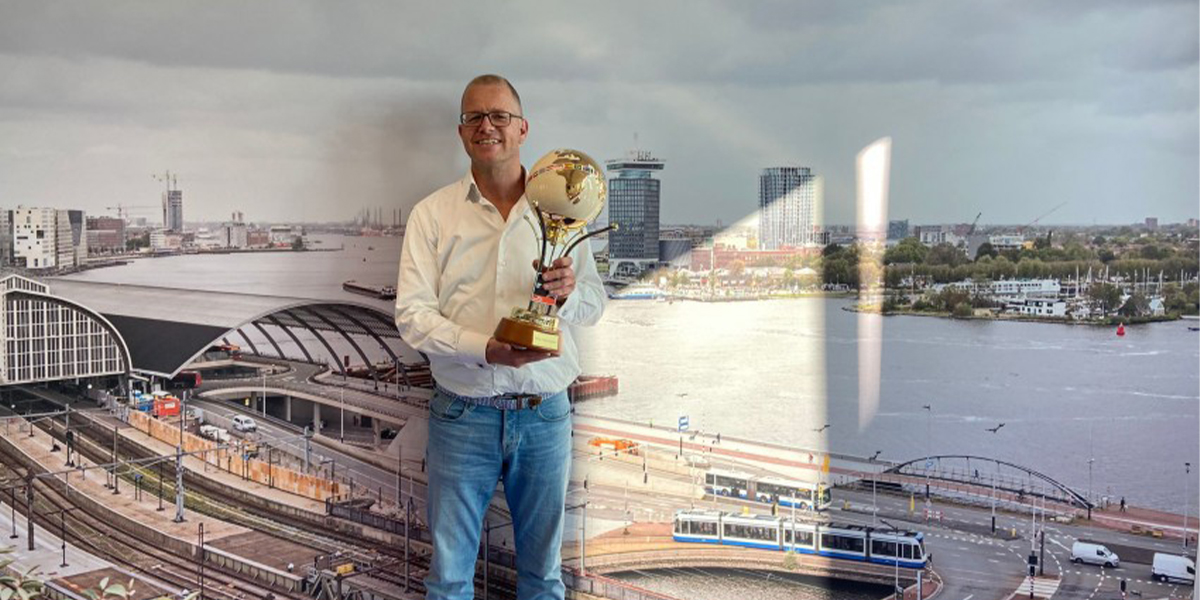 Yorien de Ruijter, director of Rematec News, presented the Remanufacturer of the Year (RotY) Award Ceremony during the Remanufacturing Day organized by APRA Europe during Automechanika Digital Plus in Frankfurt. Judged by a panel of remanufacturing industry experts on a set of criteria, the winner of the award for Best Reman Ambassador 2021 is Niels Klarenbeek.

Like every year the RotY award ceremony has taken place. However, this year it was not a Rematec event, but at Automechanika Digital Plus in Frankfurt. The ceremony took place on the stage of the Remanufacturing Day organized by founding partner of Rematec, APRA Europe. Out of multiple nominations one winner was announced: Niels Klarenbeek. The jury, led by Felix Feuerbach and including Peter Bartel, Erik Sundin and Tessa Vlaanderen, explain why Klarenbeek received the award.

“Niels has been involved in the remanufacturing industry since 2010 when he took on the role of Director of Rematec, the exhibition for automotive remanufacturing. He expanded the exhibition and was able to help the industry take steps forward in finding new business partners and entering new markets. Along the past decade, Niels became a well-know industry colleague. He has made a huge impact, as he has been able to make the industry collaborate more,” said Felix Feuerbach.

He continued, “The jury praised Niels for being personally involved and committed to driving the industry forward. Niels has operated from his heart for the reman industry, not only from his obligation to do so for his employer RAI Amsterdam. As Niels has left automotive remanufacturing now, the industry gives him a ‘farewell’ with the recognition of Best Reman Ambassador 2021.”

The Remanufacturer of the Year award for next year, will take place at Rematec Amsterdam. On June 14, 2022, three categories will be awarded; Best Reman Ambassador, Best Reman Process Optimization and Best Reman Business Innovation. Nominations can be entered in spring 2022. For more information, visit www.rematec.com/roty.

Advertisement
In this article:Remanufacturer of the Year
Print
Up Next: