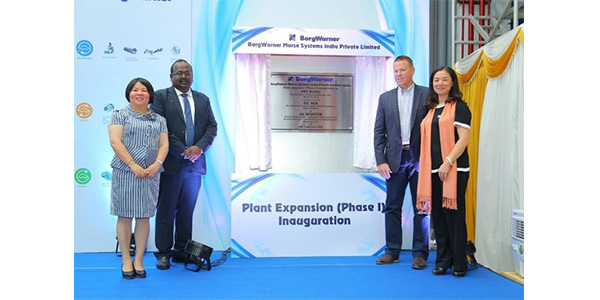 “The automotive industry in India is growing quickly, as many leading automakers have production facilities here. With the expansion of our plant in Kakkalur, we serve them with localized manufacturing to meet their increasing demand for innovative and efficient technologies,” said Joel Wiegert, president and general manager, BorgWarner Morse Systems. “By strengthening our presence in this important market, we are reinforcing our position as a global leader in clean and efficient propulsion solutions.”

The new addition to the production facility opened during a festive event attended by BorgWarner executives and employees as well as the local media. Traditional ceremonies such as a ribbon-cutting, tree-planting and customary prayers took place to wish the facility prosperity. This was followed by a plant tour, a meeting for media representatives and an inaugural meeting with all employees on-site.

Advertisement
In this article:borgwarner, India
Print
Up Next: