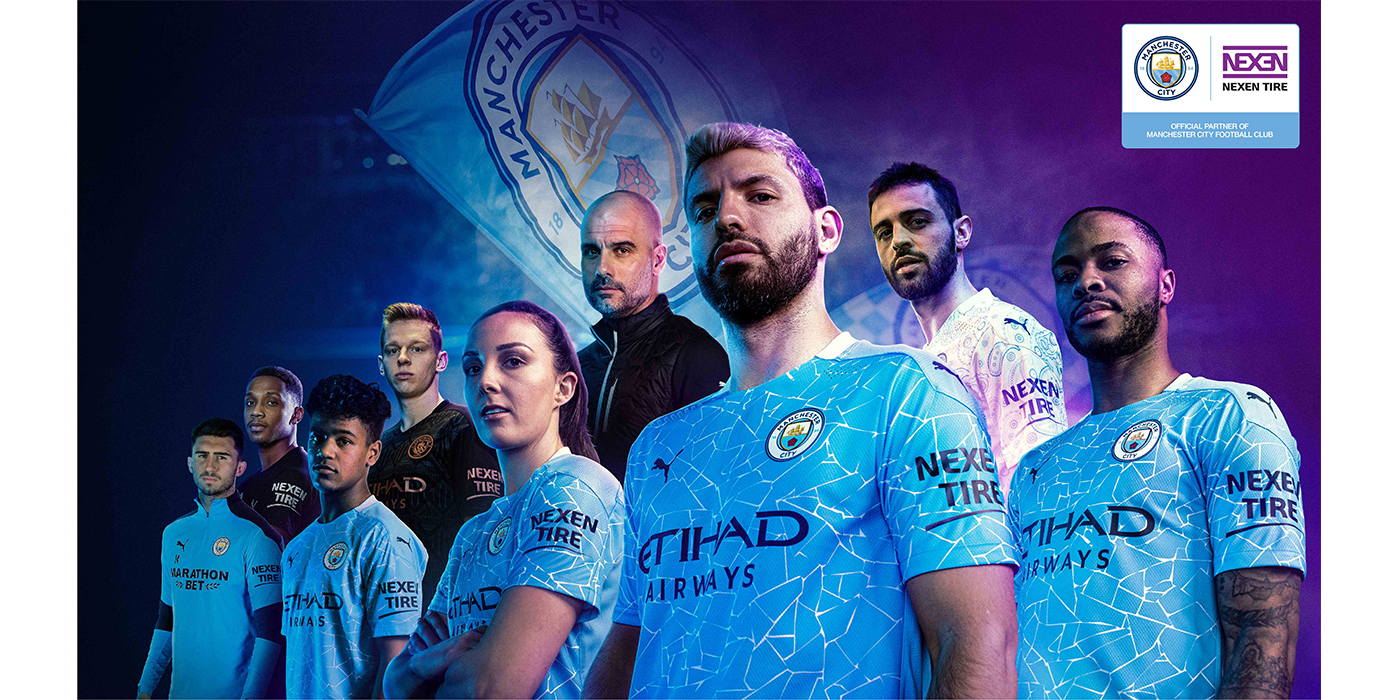 Nexen Tire has been supporting Manchester City since 2015 and became the first official sleeve partner in 2017.

Nexen Tire has announced the renewal of its partnership with Manchester City Football Club – now in its third term.

This latest multi-year partnership is expected to further boost co-branding opportunities, media and marketing partnerships and more for both parties. Nexen Tire has been supporting Manchester City since 2015 and became the first official sleeve partner in 2017, the first announcement of its kind in the Premier League. As part of the agreement, the Nexen Tire logo will continue to appear on the left sleeve of playing shirts and expand to all available City teams and competitions. This will include both men’s and women’s playing kit, men’s training kits, the Elite Development Squad (EDS) and eSports players.

Over the course of this strategic partnership, both parties have achieved great success and growth: Manchester City was twice crowned Premier League champions, and Nexen Tire completed its four major global R&D and production networks allowing the company to achieve its global expansion strategy. By teaming up with Manchester City, Nexen Tire also has strived to make a meaningful impact on young people’s lives through youth football initiatives such as the City Football Foundation and the Nexen Man City Cup. The company also will roll out new program partnerships, including with the Dallas Cup and the College Ambassador Program for young football enthusiasts in the US.

“We first partnered with Manchester City in 2015 after seeing the immense potential of the club and many opportunities ahead,” said Travis Kang, Global CEO of Nexen Tire. “Over the past five years, our relationship has grown from strength to strength, and we have also been able to boost our presence in the global market. We will use this partnership extension to continue building synergy as a strategic partner while sharing our company values by rolling out a series of digital campaigns and exciting youth programs.”

“Manchester City has marked many milestones alongside Nexen Tire and after becoming the first Premier League club to launch a sleeve partner we were delighted to then celebrate back to back Premier League titles with Nexen Tire on our sleeves,” said Ferran Soriano, CEO of City Football Group. “We have been impressed by Nexen Tire’s ambition for creating exciting digital content campaigns, as well as sharing City’s passion for providing young people around the world with opportunities to play the sport that they love. Nexen Tire has grown with us to be part of the fabric of Manchester City and we look forward to entering the third term of our successful partnership.”