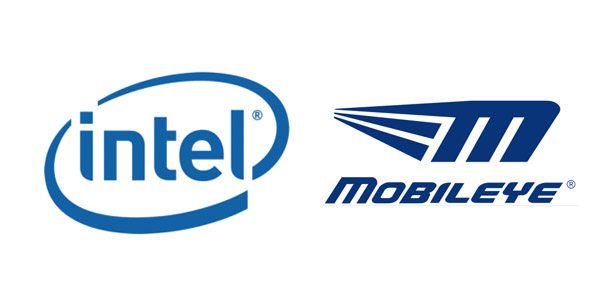 During an investor summit today at Mobileye headquarters in Jerusalem, Mobileye President and CEO Professor Amnon Shashua projected significant and sustained revenue growth for the next decade.

During an investor summit today at Mobileye headquarters in Jerusalem, Mobileye President and CEO Professor Amnon Shashua projected significant and sustained revenue growth for the next decade. The forecast was offered within a broader strategy update that included new data points across Mobileye’s lines of business, an expanded total available market (TAM) and new customer announcements. At the event, Intel CFO George Davis described Mobileye as one of the company’s strategic, data-centric growth opportunities, which is outperforming Intel’s initial expectations.

“Intel is participating in an expanded and increasingly data-centric TAM,” Davis said. “As one of Intel’s big bets, Mobileye is a critical part of Intel’s future and is already exceeding our expectations with ADAS revenue today that is funding the future of driverless cars.”

In the 2019’s third quarter, Mobileye achieved another record quarter with 20 percent revenue growth year over year driven by continued advanced driver-assistance systems (ADAS) momentum. As one of the most successful acquisitions in Intel’s history, Mobileye is now Intel’s fastest growing business on an annualized basis. The strength of Mobileye’s business today is largely attributable to a rapidly expanding ADAS market, while its future business will expand greatly with forays into data monetization and the nascent robotaxi market.

“Mobileye is uniquely creating economic and societal value every day of the journey to fully autonomous vehicles,” Shashua said. “Our ADAS to AV strategy sets us up to play the marathon game with self-funding of R&D that will enable us to address key segments of a significant TAM for ADAS and data of $72.5 billion and an

During the event, Shashua announced a Level 4 design win with Chinese electric automaker NIO. NIO will integrate Mobileye’s industry-leading self-driving system to build highly automated and autonomous vehicles (AV) for consumer markets in China and other major territories. NIO will also work with Mobileye to develop a robotaxi variant of its next-generation vehicle that will be exclusively sold to Mobileye for global deployment of robotaxi-based ride-sharing services.

Robotaxi Mobility-as-a-Service: Investors and analysts at the event were treated to behind-the-scenes R&D test drives on the demanding roads of Jerusalem. Mobileye demonstrated how its complete AV solution stack is technically advanced with unmatched agility and safety, coping with a wide variety of driving complexities. It is technology Mobileye is perfecting for its driverless ride-hailing business, starting with its Pinta pilot announced last year.

·         The Volkswagen and Champion Motors joint venture announced last year (aka “Pinta”) is on track for operation in Tel Aviv by 2022.

·         Also announced today, Mobileye and RATP Group (Régie Autonome des Transports Parisiens) are collaborating toward a long-term cooperation aiming for the deployment of autonomous transportation solutions based on Mobileye’s AV technology. The combination of Mobileye’s unique AV assets combined with RATP Group’s strong position in Europe and mobility services expertise enable the companies to explore bringing to market a joint offering for a robotaxi shuttle fleet globally. Testing will start in Paris in 2020.

New revenue from data: Mobileye is capitalizing on its industry leading ADAS footprint with a differentiated, crowd-sourced approach to the technically challenging field of creating ultra-precise maps. Its Road Experience Management™ (REM™)mapping system is unmatched as a solution for autonomous driving, as well as for offering data solutions for smart city management and beyond.

·         Mobileye is now running automatic map creation of the world based on data arriving from BMW, Volkswagen, Nissan and three other major OEMs, ensuring fresh maps. Based on harvesting volumes, Mobileye leaders predict the European Union will be fully mapped by 2020’s first quarter, and the majority of the U.S. before year-end 2020.

1 Source: Paper on Innovation, Economic Development and Intellectual Property in India and China. Chapter on The Growth of the Indian Automobile Industry, https://link.springer.com/chapter/10.1007/978-981-13-8102-7_19

Advertisement
In this article:Intel, mobileye
Print
Up Next: