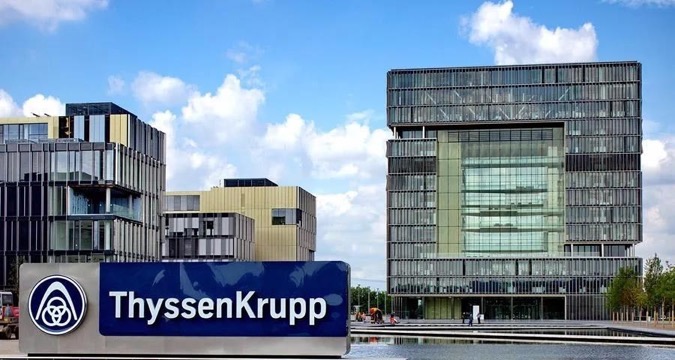 ThyssenKrupp announced plans to move forward with an additional investment of US$200 million to build a global automotive electronic power steering (EPS) system facility in the district. As one of the world’s top 500 firms, ThyssenKrupp is the result of the merger of Thyssen and Krupp and has established its leadership in the steel refining sector, as well as the automotive parts and elevator manufacturing sectors.

With a focus on the high-tech manufacturing of automotive parts, the German conglomerate invested 25 million euros five years ago to set up ThyssenKrupp Steering System (Changzhou) Co., Ltd. The entity reported sales of 618 million yuan for the first year after becoming operational.

The conglomerate’s fifth investment in Changzhou will focus on the R&D and production of the world’s most advanced automotive EPS systems, designed to vastly reduce the energy consumption of electric vehicles, giving drivers and passengers a better experience, while empowering unmanned driving technologies. Despite the negative effect that the current international economic situation and the COVID-19 pandemic are having on international economic cooperation, ThyssenKrupp “remains upbeat about the prospects in China,” the company says.

ThyssenKrupp’s manufacturing facilities in Changzhou have delivered increasingly positive results, evidenced by sales from the Changzhou facilities growing 48.9% year on year in 2017, followed by a growth rate that advanced 85.9% in 2018 and 36% in 2019. ThyssenKrupp Presta Steering Asia Pacific Chief Operating Officer Chen Min commented after the signing ceremony that thanks to CND’s favorable business environment and the five investments in Changzhou over a five-year period, China promises a brighter future for the company.

The registered capital of ThyssenKrupp’s manufacturing facilities in Changzhou has reached approximately 900 million yuan. Chen Min said: “Looking forward, Changzhou’s facilities will become our largest steering system manufacturing base around the world and their combined annual sales are expected to double to some 5 billion yuan in three to five years.”

Advertisement
In this article:China, thyssenkrupp
Print
Up Next:

How Will Covid Impact Global Manufacturing?