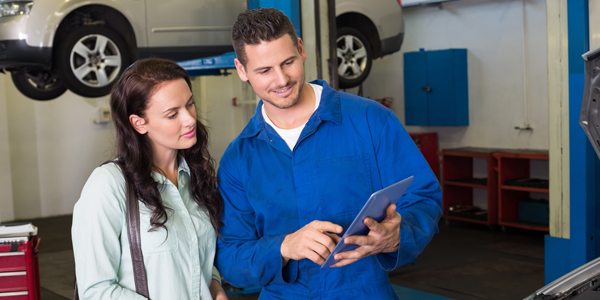 The Internet age has simultaneously helped and harmed the auto industry. Consumers are learning how to diagnose their vehicle issues online, which generally helps them understand when it’s urgent to visit a repair shop. However, there’s also a lot of misinformation out there, making consumers question the validity of manufacturer recommended maintenance intervals.

The Internet age has simultaneously helped and harmed the auto industry. Consumers are learning how to diagnose their vehicle issues online, which generally helps them understand when it’s urgent to visit a repair shop. However, there’s also a lot of misinformation out there, making consumers question the validity of manufacturer recommended maintenance intervals. According to Google, consumers are skeptical about the following six vehicle repairs:

Replacing a timing belt per the OEM’s schedule is much cheaper than repairing damage caused by a broken timing belt. When a timing belt breaks, the pistons and valves may get damaged. Replacing them is so expensive that it’s often more cost-effective to simply replace the engine. Some consumers are hesitant to replace their timing belt because it isn’t broken yet. It’s an expensive job, and for your average motorist it’s hard for some to understand how a belt breaking can lead to catastrophic engine damage.

A cabin air filter should be replaced once a year. The symptoms of a clogged cabin filter, such as reduced cabin cooling or heating, build slowly. Consumers may hesitate on replacement because they don’t really notice when the filter has gone bad, but a new filter should make an immediate difference.

The average driver doesn’t notice the signs of a failed O2 sensor, so the typical response to the suggestion of replacement is skepticism.

A lot of people believe that, unlike brake pads, rotors will last the life of a car. It can be difficult to convince them that a big chunk of metal may eventually wear out. Also, many people don’t understand why rotors should be replaced in pairs, even when only one is worn out.

Engine mounts are one of the parts consumers rarely think about, so they’re usually surprised and skeptical when they’re told they have a bad engine mount (or two). This is another case when the symptom of additional vibration grows slowly. Also, most people do not understand how a bad engine mount can lead to damage to other components.

Convincing Your Skeptical Customers to Agree to These Repairs

The last thing you want to do is to ignore your customers’ skepticism because it will only make them more hesitant to agree to these important repairs. Instead, you want to acknowledge their concerns and explain two things:

It’s also important to explain to the customer that you care about their safety and you would feel uneasy sending them back on the road without proper repairs.

This article was sponsored by GMB North America, Inc. For more information, please visit our website at www.gmb.net

Which Types Of Vehicle Repairs Are Consumers Most Skeptical About?