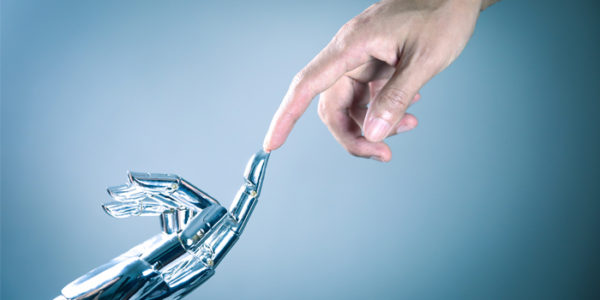 By 2020, robotics and artificial intelligence (AI) are expected to produce revenue of $258 billion USD; by 2025, that figure will be a trillion dollars. And not long after, robotics and AI will become the largest global industry. 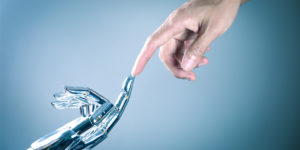 This May, we received a new report from Littler Mendelson, the largest employment law firm on the planet. This Herman Trend Alert offers selected information from that landmark study.

By 2020, robotics and artificial intelligence (AI) are expected to produce revenue of $258 billion USD; by 2025, that figure will be a trillion dollars. And not long after, robotics and AI will become the largest global industry.

Destruction of Jobs? Or Creation?

Though much media attention has focused on the destruction of jobs due to automation, in actuality, technology and automation have the potential to positively affect the workplace. While job destruction is a real effect of automation, in the past, the gains in efficiency and productivity helped create new jobs.

Millions of People will be Displaced

According to a recent report from the World Economic Forum by 2022, 75 million workers worldwide will be displaced. However, those same technologies will bring new jobs and an estimated net increase of 58 million positions. The annual growth rates for robotics and AI are pleasantly shocking, because the machines are increasingly capable – physically and cognitively, especially when built with AI, are easily reprogrammable, are more affordable and are more widely accepted by their human co-workers. Likewise, devices to augment human abilities like exoskeletons, exosuits, biometric wearables and telepresent and telemanipulation tools help increase worker safety and productivity.

The skills shortage is expanding, according to a recent study by Deloitte. By 2025, due to that skills gap, 2 million positions will go unfilled. Moreover, by 2028, the gap is expected to grow to 2.4 million unfilled positions. Reskilling programs may help. Sadly, many such programs have not met expectations.

Business leaders need to keep up with advancing technology to stay competitive. They must also ensure that part of their strategic plans need to include clear coordination and direct their human resource departments to analyze the tasks and functions within existing jobs. This analysis will allow them to determine which job tasks could be automated effectively – in a way that really increases employee productivity and morale. One example is the mechanical automation of certain dangerous and repetitive manual tasks as it was welcomed by workers during the Industrial Revolution.

Bottomline: leaders must agree on timelines, employee communications, what resources will be used and the main goal of automation.

To read the entire Littler report on this important topic, click here.

Advertisement
Advertisement
In this article:Artificial Intelligence, Herman Trend Alert, Robotics
Print
Up Next:

Trends: Seven Trends Making Their Way Into The Aftermarket

The Herman Trend Alert: Robotics – The AI Future Is Now