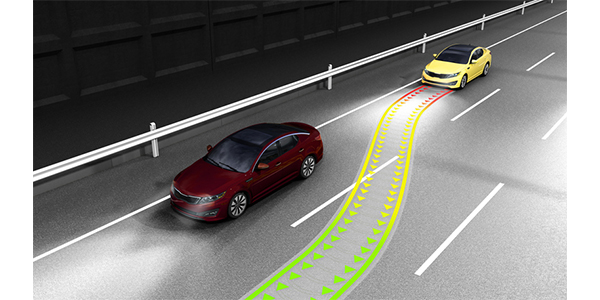 The Insurance Institute for Highway Safety also announced that it will soon unveil a consumer rating system for advanced driver assistance systems.

My morning commute into work is often delayed because of a crash. If you live and work in the Washington, D.C., area, you know that we have some of the worst, most congested rush-hour traffic in the country, which means a bunch of tired, irritated drivers are on the road at the same time — perfect conditions for a crash. As I passed by one such crash scene recently, I wondered how the driver ended up in that situation. My guess is that he or she was distracted by a cellphone or was traveling too close to the car ahead in the stop-and-go lineup. Unfortunately, these things happen every day.

But did you know that there’s already technology out there that can prevent these types of crashes? Automatic emergency braking, or AEB, is available on many vehicles and is increasingly becoming standard — not just an option included with a luxury package. In fact, 22 automakers have agreed to install AEB as a standard feature by 2022. AEB is designed to address the large number of rear-end crashes in which drivers do not apply the brakes, or fail to apply enough braking power to avoid or mitigate a crash. AEB systems use sensors, such as radar, cameras, and lasers, to detect an imminent crash, warn the driver, and, if the driver does not take sufficient action, engage the brakes.

Forward collision warning, part of the collision avoidance system paired with AEB, helps you react to an imminent crash. It alerts you to the vehicle ahead so that you reengage with what’s happening on the road and apply the brakes.

Technology can compensate for human behavior and human mistakes. Ideally, all humans should remain focused on the roadway 100 percent of the time; however, that’s not realistic. Distraction, impairment, fatigue, speeding and wrong decisions are all preventable, but they still occur. That’s where collision avoidance technologies come in. Technology can play a key role in reducing the nearly 40,000 deaths that result from human error on our roadways each year.

In 2001 and again in 2015, we released a special report assessing the efficacy of collision avoidance systems and their ability to reduce crashes. A key finding of the 2015 report was that many of the approximately 1.7 million rear-end crashes that occurred on our nation’s roadways in 2012 — which killed 1,700 people — could have been mitigated or even prevented by collision avoidance technologies.

Of course, to get the biggest benefit from these technologies, drivers need to understand what they do. Dealers and rental car agencies play a role in educating consumers when we buy or rent a car, but, ultimately, it’s our responsibility to research the technology, request it, and learn how to use it.

Myriad resources can help you ensure you’re equipping yourself with every possible means to prevent a crash, and our Safety Alert regarding rear-end crashes encourages you to do your homework. Two good places to start are the National Safety Council’s My Car Does What website and the National Highway Traffic Safety Administration’s (NHTSA’s) SaferCar website. The Insurance Institute for Highway Safety also announced that it will soon unveil a consumer rating system for advanced driver assistance systems. But, the most often overlooked resource about new collision avoidance technology is your vehicle manufacturer’s website or owner’s manual (yeah, the one you leave in your glove compartment to collect cobwebs). When you’re car shopping, don’t hesitate to ask your salesperson about a car’s safety technology and ask for a demonstration.

The NTSB has recommended that NHTSA rate collision avoidance technologies as part of its 5‑star safety ratings (NHTSA currently recommends certain driver-assist technologies), and advertise the ratings on new-car window stickers. Until then, it’s up to us, the consumers, to do our research.

The technology to prevent common types of crashes is here today and is proven to save lives. So, what are you waiting for?

Advertisement
In this article:Collision Avoidance, opinion
Print
Up Next:

Publisher’s Perspective: Extended OE Warranty An Attack On The Aftermarket?

Opinion: Why You Should Buy A Car With Collision Avoidance Technologies