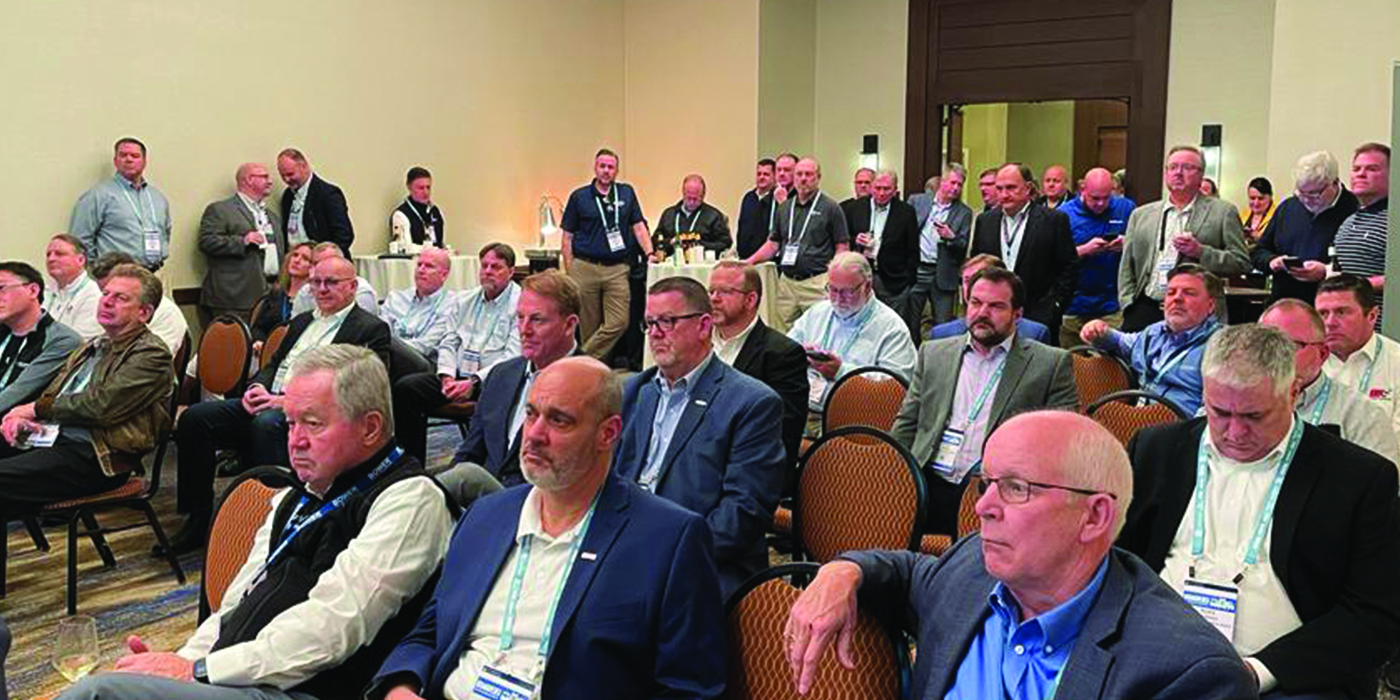 The meeting ended with the presentation of the Outstanding Supplier Partnership 2021 Award and the Growth Accelerator Award.

During Heavy Duty Aftermarket Week in Grapevine, Texas, NEXUS Automotive International gathered with its members and the supplier community in North America in a “live” meeting at the Gaylord Texan Resort.

Attracting more than 60 delegates from NEXUS North America members and global suppliers, the meeting represented an occasion to introduce new members joining the regional structure and to present initiatives and strategies for the development of the market.

Joe Stephan, director, business development for NEXUS North America said, “I was appointed to represent Nexus North America one year ago and this new adventure is bringing me a lot of satisfaction and challenges. We recently announced APSG group joining as a NEXUS shareholder member, which will bring many opportunities to our overall group and supplier partners.

“All together, we intensively work to deliver innovative solutions to accelerate the growth of our members and supplier partners and the opportunity for suppliers to grow with NEXUS members in other parts of the world. It’s amazing being part of such a progressive group and I’m keen to further develop the market in every aspect of the business,” Stephan added.

With six members in the region, NEXUS is developing key strategies in North America in order to support the growth trend of NEXUS suppliers through:

• Support independent repair locations and technicians through the utilization of best practices from NEXUSAUTO and NEXUSTRUCK;

• Create synergistic opportunities through the NEXUS Sourcing office; and

• Offer advantages and access to innovative start-up partners of NEXUS such as Marketparts.com, Inteliam and Mobilion.

Nexus CEO Gael Escribe said: “I am pleased to have two leaders from our international team travel to North America and meet our members and suppliers in the region. The market is extremely important for NEXUS and our focus is to provide the best support for both members and suppliers growth.

“The appointment of Joe Stephan as director of NEXUS North America sets the first step towards a structured strategy which will see the use of NEXUS core services and projects and the implementation of innovative business approaches to leverage the automotive aftermarket in North America and fulfil our promise to bring ‘more than business as usual’.”

The meeting ended with an award ceremony for the Outstanding Supplier Partnership 2021, presented to Borg Warner – Delphi Technologies for outstanding support of NEXUS and its members throughout the year. The company has been a great partner since NEXUS was established in 2014, the group stated.

The Growth Accelerator Award was presented to Robert Bosch Corporation. The Bosch North American team worked in partnership with NEXUS distributors to grow its business significantly in 2021 and prepare for continued positive growth momentum into 2022 and beyond.

Advertisement
In this article:awards, hdaw, NEXUS Automotive International
Print
Up Next: