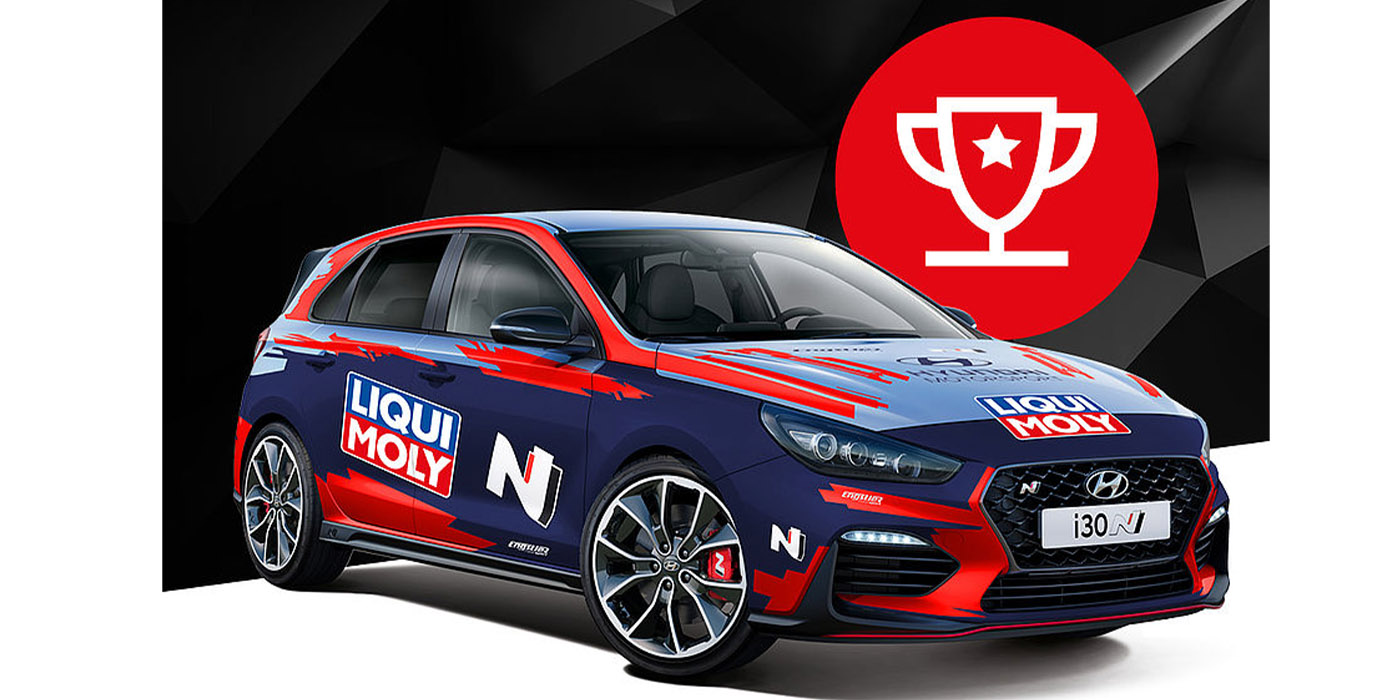 Participation in the competition is simple.

Anyone who likes to drive their car in a sporty way should take a look at the latest competition from LIQUI MOLY. The oil and additive specialist is giving away a Hyundai i30 N with 275 hp in the exclusive design of the WTCR racing series. All it takes is a little creativity and luck to win it.

Participation in the competition is simple: Think of a creative #MyLIQUIMOLY moment, take a picture of it and then upload it to http://my-liqui-moly.com/. The winner will be drawn from the most original photos. If you post your photo on Instagram with the hashtag #MyLIQUIMOLY afterward, you also take part in the prize draw of five iPhones SE.

LIQUI MOLY has been working for many years with Bavarian racing team Engstler Motorsport, which is participating in the World Touring Car Championship WTCR with several Hyundai i30 TCRs. This gave rise to the idea of offering such a car as a prize for the competition. Not as a racing car, of course, but as a road-legal version i30 N in the exclusive WTCR design. And the 275 hp of the road version is not to be sneezed at either, says LIQUI MOLY.

The competition is part of LIQUI MOLY’s digital advertising campaign, through which the company will reach 1 billion contacts around the world by the end of the year.

Advertisement
In this article:LIQUI MOLY, raffle
Print
Up Next: