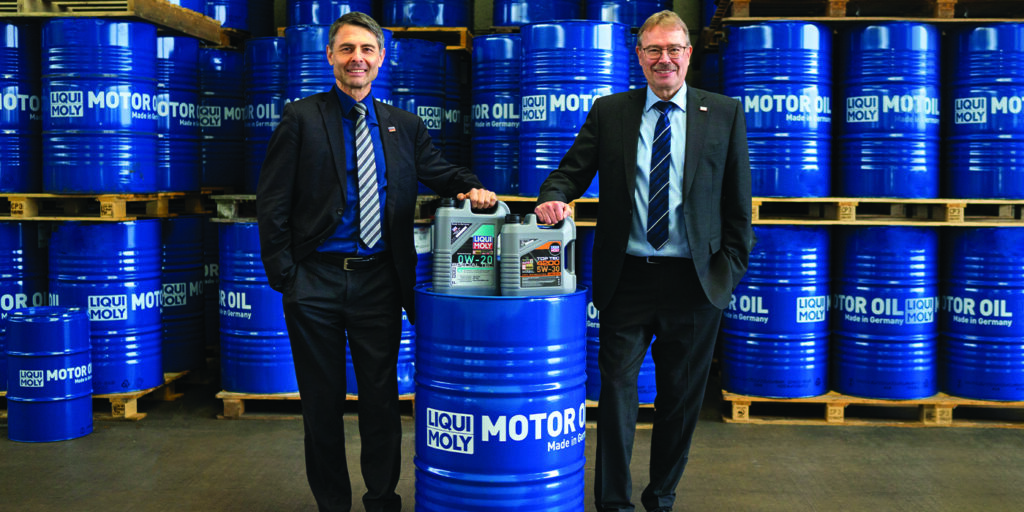 With this step, Weller will be promoted to an additional managing director of the LIQUI MOLY Group, which also includes the Meguin GmbH & Co. KG Mineraloelwerke in Saarlouis as well numerous LIQUI MOLY subsidiaries abroad. He will continue functioning as the commercial director. “Dr. Weller is one of the people who shaped LIQUI MOLY. For more than a decade, he has made a reliable contribution to our success. He has internalized our values, helped shape our strategies as commercial director and knows the company like nobody else,” said Hiermaier of his valued colleague. Heimaier remains the company spokesman.

LIQUI MOLY has been very successful under the leadership of Günter Hiermaier as the new boss since the March 1, 2022. Despite the dismal global economy and the extremely difficult situation on the raw material market, the company continues to grow and has created 72 additional jobs in 2022. He feels that the dual leadership can already be characterized as another coup: “I consider a strong dual leadership at the helm of the company as a guarantee for continuity, stability as well as security for the company and everyone that works with us,” he says about the decision. “And also as a sign of how much we value the company in Würth, which we’ve been a part of since 2018, as a producer of automotive chemicals.”

LIQUI MOLY is set to make a turnover of 800 million euros this year – more than 2021 – and employs more than 1,000 people. The folk from Ulm would like to reach their self-defined goal of 1 billion euros in turnover by 2025. “Our order books are full and we’re investing several million euros in the expansion of our production,” Günter Hiermaier announced. “Our strategy of diversification and internationalization has given us the ability to successfully deal with crises, complex situations and dynamic markets. In the vernacular one would say, we’re not putting all our eggs in one basket. And it’s exactly this course that we we’re following by nominating Dr. Weller as the second managing director,” he reiterated.

Weller as the future second man in management says he is happy about his task. “I’m looking forward to helping shape the future of LIQUI MOLY from the top. As long as I’ve been working for the company, I’ve been well aware of the fact that success is ultimately always a team effort. And we have an extraordinary team and I would like to be part of leading it.”