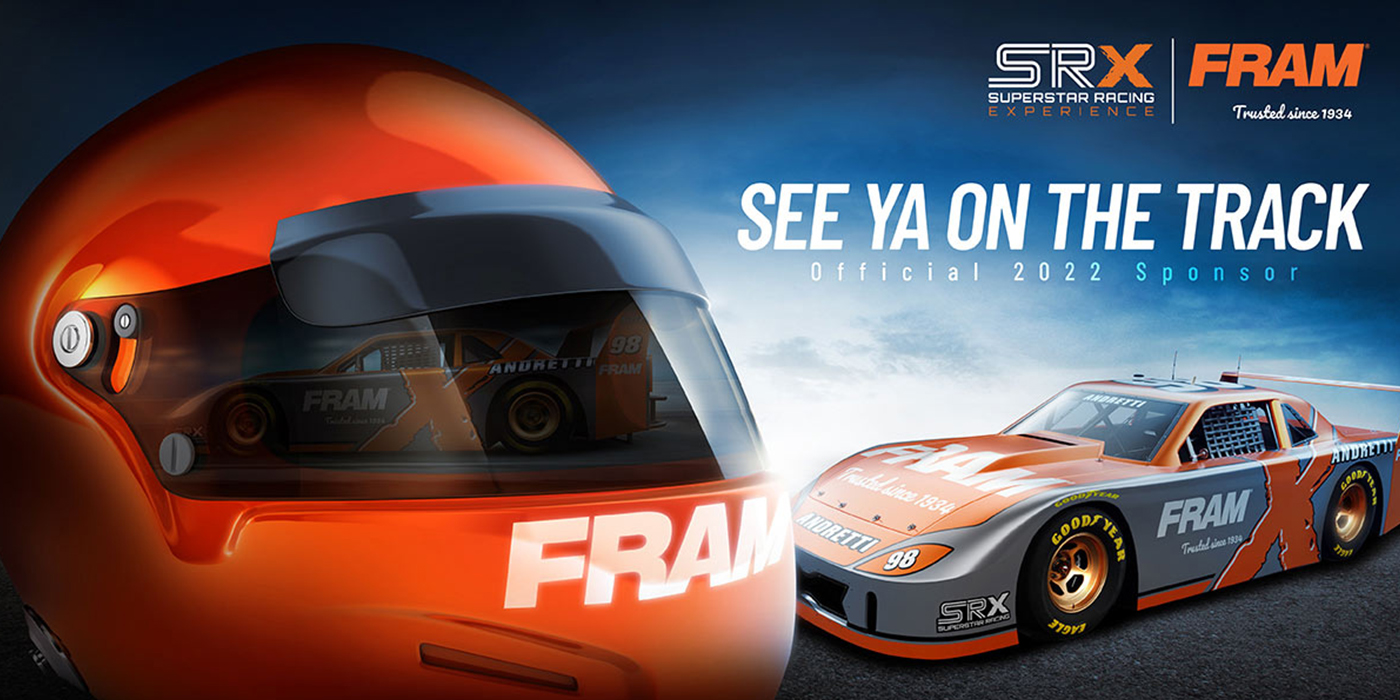 This is the second year that FRAM will participate in SRX as a sponsor.

FRAM announced it has finalized a sponsorship agreement with Superstar Racing Experience (SRX) for the 2022 season. This is the second year that FRAM will participate in SRX as a sponsor.

“We are excited to continue our relationship with FRAM in the 2022 season,” said Reid Mobley, chief revenue officer of SRX. “FRAM was an integral part of our season one success, and we look forward to seeing them in victory lane this season.”

SRX kicks off its schedule June 18 in Pensacola, Florida. The 2022 season will feature six races at tracks across the United States:

“It is very special to have FRAM on board with me this season for all six SRX races,” said Andretti, driver of the No. 98 car in SRX. “I am honored to carry their colors and hope to get them some wins.”

“FRAM is excited to once again partner with SRX Racing,” said Patrick Reyes, marketing manager for FRAM. “Last year’s relationship was a great platform to relaunch the FRAM brand and we hope to see continued success for SRX and victories for FRAM on the track.”

Advertisement
In this article:FRAM, Racing, Sponsorship
Print
Up Next: