How to Explain Fuel Pump Failure to a Customer - aftermarketNews

For those who aren’t mechanically inclined, fuel pumps can be mysterious. When many consumers hear the phrase “your fuel pump requires replacement,” a confused and frightened stare is often the response. Throw in a measure of skepticism, and consumers will often refuse a replacement fuel pump against their own interest.

Shops and technicians that have faced this scenario will usually try to explain a fuel pump’s function and failure modes to the consumer. This can be challenging. Here are some strategies for explaining a fuel pump failure to consumers.

First, Address The Biggest Source of Skepticism
Consumers often tend to think of part function in a binary manner – either a part is working, or it isn’t. This is a simplistic – but completely understandable – point of view.

Of course, in the case of fuel pumps, a failing pump often has partial functionality. Depending on the type of pump failure, it’s possible for a pump to operate at less-than optimal capacity for an extended period. Many consumers might not believe that a fuel pump has failed if their car starts and operates as expected, at least until they do “X.”

So, before diving into any explanation, it’s a good idea to explain that fuel pump failures are “tricky.” The consumer should understand that the fuel pump’s job is to do more than just pump fuel into the engine – it also needs to maintain a specific fuel system pressure. Be sure to explain that at lower RPMs, a crippled or damaged fuel pump can often seem fine. Without this explanation, the consumer’s skepticism might cloud their thinking.

Wear On the Pump
The most common reason a pump fails is wear on the pump from improper lubrication or over-use. The best way to explain a failed fuel pump due to wear and tear is to explain what other reasons may have lead to a failed pump:

When explaining these possible causes, it’s wise to speak in a neutral tone and offer a clinical, blame-free explanation. It’s also a good idea to suggest consumers keep their fuel tank level above a quarter of a tank for proper pump lubrication to maximize the life of their replacement fuel pump.

Corrosion of Components
Pump components can corrode, especially if the vehicle sits for long periods of time. This is doubly true if ethanol is present in the fuel.

The corrosion process starts with a little bit of moisture in the fuel in the tank. This water can cause rust to form on any part of a fuel pump that is not fully submerged in fuel, plates, rivets, wires, sensor rods, etc. This rust then flakes off into the fuel supply, clogging and/or damaging the pump mechanism. Ethanol can accelerate this process as it can form an acid under the right conditions.

Contaminated fuel is another source of corrosion and contamination. If the consumer purchases fuel from a filling station that has a contamination problem in their underground fuel tanks, the fuel pump can be the first part to fail.

If a consumer has to leave their vehicle sitting for an extended period, be sure to recommend adding fuel stabilizer to their gas tank. If not, be sure to talk to them about where they buy their fuel.

Electrical Fault
Last but not least, electrical faults and circuit failures can lead to a pump failure. These faults and failures can happen for a variety of reasons, and explaining them to the customer can be complicated.

If details are warranted, share them with the customer. Since these faults may not actually require pump replacement, merely some diagnostics and wiring/clip repair, they can be the easiest to explain without argument from the customer about costs.

It might also be a good idea to reiterate that fuel pumps can fail partially and cause all sorts of problems (stalling or hesitation, poor acceleration) without failing completely.

Conclude With Some Fuel Pump Advice
After explaining the failure of the fuel pump to the consumer, it’s a good idea to talk to them about best practices for maximizing pump lifespan:

Hopefully, with the right approach, a consumer will both approve the repair and walk away with more trust in your expertise and your shop.

Summer is an opportune time for automotive professionals to remind customers to keep an eye on the signs of a failing water pump.

As you know, extreme summer temperatures and added strain on vehicles from activities like long road trips can cause engines to become more susceptible to troubles from excessive heat, making the function of the water pump even more critical.

Advanced spark plugs designed to improve fuel efficiency in today’s engines Helping customers choose the right spark plugs is more important than ever. When it comes to late model vehicles in particular, shop owners and technicians understand that improvements in spark plug design, metallurgy and technology can help maximize the performance and fuel efficiency of

When giants in the auto racing world team up with successful, resourceful business partners, you form a recipe for success. In this case, the result is the Superstar Racing Experience (SRX) Series. The SRX Series, otherwise known as the Camping World SRX Series, is the brainchild of racing legends Tony Stewart and company. Taking some

Oil changes are one of the first projects that DIYers and experienced automotive pros learn how to perform. This maintenance task is vital to vehicle performance, relatively easy to do and performed at regular intervals, so most customers understand its importance. All drivers need to stay on top of oil changes, especially with more cars

Whenever you install new spark plugs in your vehicle’s engine, there are some crucial considerations to keep in mind. For those who have installed plugs before, proper plug gapping usually comes to mind first. But another important factor in getting the most out of a new set of spark plugs is to precisely torque them

The first FRAM® product that comes to mind for many automotive enthusiasts are oil filters. More than eight decades of dependable engine protection has garnered a strong reputation for these products among technicians, service writers, shop owners and DIYers, but FRAM® has a full line of engine air and cabin air filters to cover even 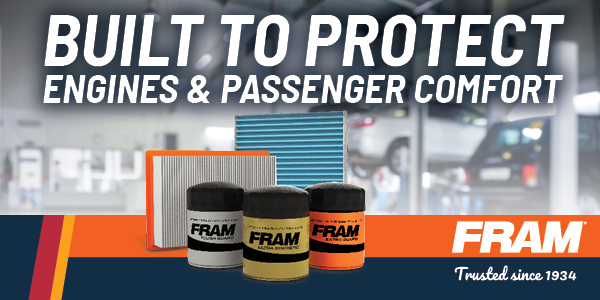 Today’s vehicle drivetrain systems are far more complex and powerful than ever before. So, you want to make sure you choose a replacement axle that matches the original OE design attributes to ensure proper performance and durability. Avoid installing an inferior axle based on price only, that may not perform properly or worse yet, fail 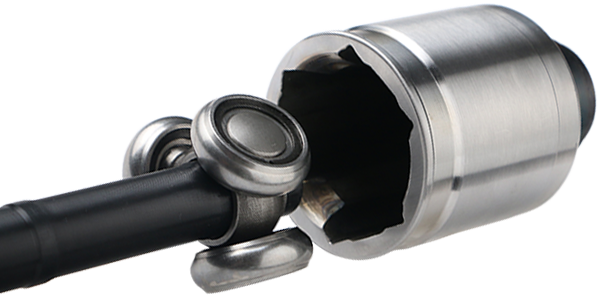 A proper cleaning of a fuel tank can ensure that potentially harmful materials don’t get into your engine and cause damage. Routine maintenance will also prevent fuel lines from clogging and can extend the life of the fuel pump. If your vehicle has been idle for a long time or is not running smoothly, it

Keep the air in the cabin clean and the warm air flowing freely When it comes to performing preventative maintenance on your vehicle, filtration is a great place to start. At first, you may think about performing regular oil changes, along with replacing engine oil and air filters. Another component that protects critical spaces –