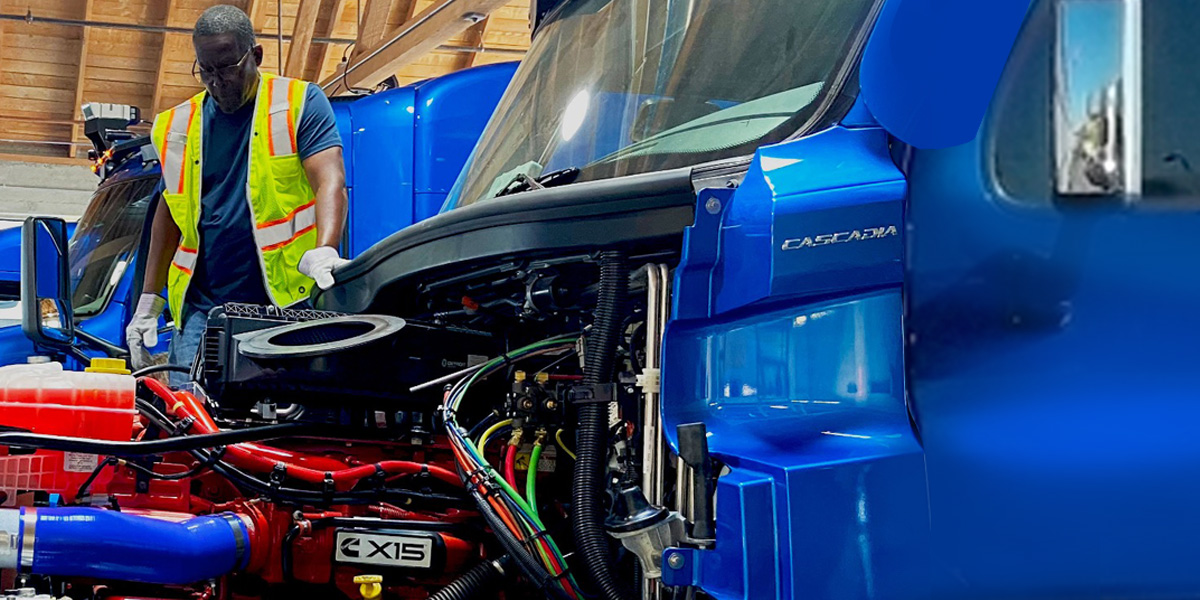 The collaboration accelerates the integration of next-generation truck components and controls in self-driving trucks.

Embark Trucks Inc., a leading developer of autonomous technology for the trucking industry, has announced a collaboration with Cummins to accelerate the integration of next-generation truck components and controls in self-driving trucks. Under this collaboration, Embark is testing Cummins’ automated driving system (ADS) powertrain interface to manage powertrain operations. The integration of the platform-agnostic Embark Universal Interface (EUI) with Cummins’ powertrain interface will enable Embark to leverage Cummins’ ADEPT powertrain features, resulting in improved fuel efficiency and performance of the self-driving system.

With the EUI, Embark is pioneering a platform-agnostic approach that enables carriers to begin trialing and deploying Embark self-driving software on trucks from the carrier’s preferred OEM. The EUI is a set of standardized self-driving components and flexible interfaces necessary to more easily and robustly integrate Embark’s autonomous technology onto truck OEM vehicle platforms. The EUI is currently in development for trucks from the four major OEMs in the U.S. – Freightliner, Navistar International, PACCAR, and Volvo – representing the vast majority of the Class-8 trucks on the road nationwide.

“This collaboration was a natural fit for us because both Cummins and Embark’s strategies ensure integration of our respective technologies across all major vehicle platforms,” said J Michael Taylor, general manager powertrain integration, Cummins Inc. “We are testing our ADS powertrain interface to ensure optimization of Cummins powertrains with all self-driving technology interfaces like the EUI.”

Cummins also will provide engineering support including installation, operation, system specifications and other technical information to assist Embark in its testing and validation of the powertrain interface for the EUI. In turn, Embark will share the data and results from its testing to enable Cummins to further support continued development and improvement of its platform-agnostic powertrain components.

“The Embark Universal Interface is the heart of our technology approach, giving carriers the freedom to deploy self-driving technology on their preferred brand of truck,” said Brandon Moak, chief technology officer of Embark. “By working with Cummins, we’re bolstering the EUI with new powertrain control features for improved self-driving performance and aligning with Cummins’ platform-agnostic business philosophy.”

This collaboration with Cummins comes on the heels of continued technical and business progress at Embark. In the last two months, Embark unveiled a collaboration with NVIDIA to power the EUI with the NVIDIA DRIVE platform, launched an electric truck drayage pilot in Los Angeles with HP and BYD, and partnered with Ryder to build out a nationwide transfer point network. In June 2021, Embark unveiled its go-to-market strategy and entered into a definitive business combination agreement with Northern Genesis Acquisition Corp. II. Upon closing of the proposed business combination in the second half of 2021, subject to a vote by the shareholders of Northern Genesis Acquisition Corp. II, Embark will become a publicly traded company and will list on the NASDAQ under the ticker symbol “EMBK.”

Advertisement
In this article:autonomous trucks, Cummins, Embark
Print
Up Next: