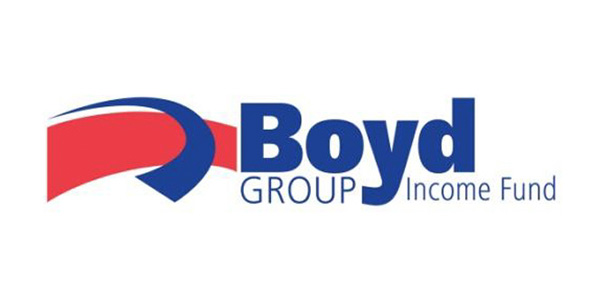 The Boyd Group has announced that its current CEO, Brock Bulbuck, will move into an executive chair role in 2020 and Tim O’Day, current president and chief operating officer, will succeed Bulbuck in the CEO role to become president and CEO.

The Boyd Group has announced that its current CEO, Brock Bulbuck, will move into an executive chair role in 2020 and Tim O’Day, current president and chief operating officer, will succeed Bulbuck in the CEO role to become president and CEO. These changes will be effective Jan. 2, 2020. In connection with these changes, O’Day’s COO responsibilities will be reallocated among existing key management personnel.

“Tim has played an integral role in the Boyd Group’s growth and success since joining us as COO of U.S. operations in 2004 in conjunction with the acquisition of Gerber Collision,” said Bulbuck. “It is my intent to start to slow down as I enter my 60s and having Tim ready to step in to lead the company has made my decision, including timing, much easier. Also, with the fund tracking well to achieve its goal to double its size in terms of constant currency revenue from 2015 to 2020, the timing will also be right to transition to Tim so that he can prepare to lead the company through its next phase of growth. I look forward to my new role supporting Tim in his transition to CEO as well as continuing my role on the board.”

Added Allan Davis, independent chair of the board of trustees of the fund, “The board and I believe that Tim is uniquely qualified to guide our company through its next phase of growth and development, while maintaining the principles and philosophies that have worked so well for the Boyd Group over the past 10-plus years. As the board went through a formal process to plan for CEO succession, it was clear that Tim was the best candidate for the role and that he was ready and motivated to take his career to this next level. We also believe that the continuity of leadership that will be achieved with Brock moving to executive chair to support Tim will provide for a seamless transition.”

O’Day joined Gerber Collision & Glass in February 1998 and, with Boyd Group’s acquisition of Gerber in 2004, he was appointed COO of Boyd’s U.S. operations. In 2008, he was appointed president and COO for U.S. operations, and in January 2017 he was appointed president and COO for all of Boyd’s operations in both the U.S. and Canada. He has also served on the board of trustees of the Boyd Group Income Fund since 2012. Prior to joining Gerber and Boyd, O’Day was vice president, western division with Midas International, where he had responsibility for 500 Midas locations. He holds a bachelor’s degree in business and accounting from Michigan State University. He also currently serves as the chair of the board of I-CAR.

“I am honored that the board has selected me as Boyd’s next CEO and I am extremely excited for our future,” said O’Day. “We continue to execute against a solid business strategy supported by an excellent, long-tenured leadership team that has delivered outstanding results over the past several years. This leadership team, combined with Brock’s continuing support as executive chair, will provide for a smooth transition and will continue to position Boyd well for the future.”

Advertisement
In this article:Boyd Group, executive appointments
Print
Up Next: