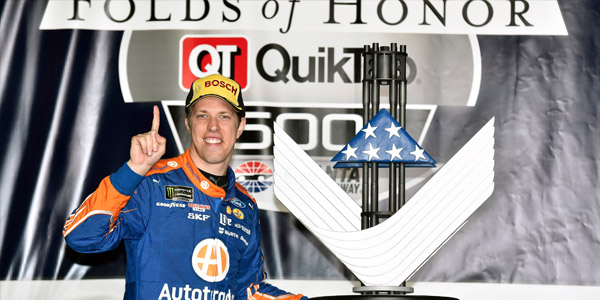 With the victories by Joey Logano, Brad Keselowski and Ryan Newman, Bosch donated $4,000 to the sponsored teams’ specified charities. 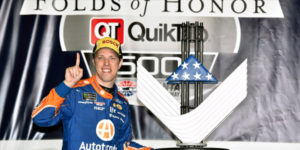 To date this season, contributions have been secured by Team Penske drivers Brad Keselowski and Joey Logano as well as Richard Childress Racing driver Ryan Newman:

“Giving Track helps to drive change for many deserving organizations, such as the Joey Logano Foundation, Checkered Flag Foundation and The Childress Institute for Pediatric Trauma,” said Tony Pauly, director of advertising and brand management for Robert Bosch LLC, Automotive Aftermarket NA. “These charities were carefully selected by each of our sponsored teams, and represent the causes and missions that are important to them and in turn, Bosch.”

Bosch involvement in motorsports dates back to the early 1900s, and it has been equipping NASCAR teams with parts and technical advice since 1991. In 2012, when NASCAR made the move from carbureted engines to more efficient fuel injected engines, Bosch became the sport’s exclusive oxygen sensor supplier. Bosch is now the technical partner for gasoline components including oxygen sensors, fuel injectors and fuel pumps.

Advertisement
In this article:Bosch, charity, Giving Track
Print
Up Next: