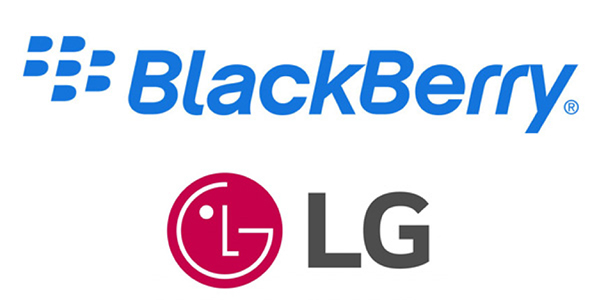 As part of the agreement, LG Electronics will use a range of BlackBerry QNX software and services to build next-generation digital consolidated cockpits, including infotainment systems, digital instrument clusters and telematics systems for multiple OEMs, according to BlackBerry.

BlackBerry Limited announced it is expanding its partnership with LG Electronics to accelerate the deployment of connected- and autonomous-vehicle technology for automotive OEMs and suppliers around the world.

As part of the agreement, LG Electronics will use a range of BlackBerry QNX software and services to build next-generation digital consolidated cockpits, including infotainment systems, digital instrument clusters and telematics systems for multiple OEMs, according to BlackBerry.

The expanded relationship builds on a long history of collaboration between LG and BlackBerry and covers multiple next-generation programs from multiple OEMs from around the world. For the new systems, BlackBerry will provide LG with QNX software, including QNX Software Development Platform (SDP 7.0), QNX OS for Safety, QNX Hypervisor, QNX acoustics middleware, QNX SDK for Apps and Media, as well as professional engineering services for system-level integration, performance optimization and solution validation.

“BlackBerry has been a trusted supplier to LG for nearly 15 years, providing flexible QNX-based software solutions that have helped them to deliver millions of high-quality systems to the world’s leading automakers,” said Kaivan Karimi, senior vice president and co-head, BlackBerry Technology Solutions, BlackBerry. “We are thrilled to build on and expand our relationship with them as part of our commitment to provide automakers with safety-certified, secure and reliable solutions and look forward to our teams working closely together to help produce cutting-edge cars for the future of automotive market.”

BlackBerry currently provides safety-certified foundational software and cybersecurity technologies to OEMs and Tier 1 suppliers around the world, according to the company.

“BlackBerry QNX has been our long-term, reliable partner for more than a decade, providing high performance, secure and trusted mission-critical software solutions that have helped LG delivered millions of high-quality systems to the world’s automakers,” said Hwang Won-yong, head of audio, video, navigation and cluster engineering, LG’s Vehicle Component Solutions Co. “We are pleased to further expand and strengthen our partnership with BlackBerry QNX, using its innovative solutions in the next generation of connected- and autonomous-vehicle technologies including the future of in-vehicle infotainment systems.”

BlackBerry’s QNX technology is embedded in more than 150 million vehicles on the road today, according to the company. The technology is used by the top seven automotive Tier 1 suppliers, and by more than 40 OEMs.

Advertisement
In this article:BlackBerry, connected vehicles, LG
Print
Up Next: