Little noted in the run-up to the holidays was the Dec. 14 passing of Sol Price, 93, a man described as a “business visionary.” Certainly he changed the face of retailing — particularly tire retailing.

With more than 25 years in the tire, automotive and trucking industries and 35 years in communications, Jim's experience includes stints as a newspaper reporter and editor, corporate and brand PR manager, advertising creative and account management, and tire industry magazine editor. A journalism major at Kent State University, Smith worked for a number of newspapers before joining a tire industry magazine in 1984. In 1988, he joined Bridgestone Americas in brand and corporate public relations roles, and later joined Nashville's Stumpf Bartels Advertising in 1991 as an account executive, rising to the position of vice president in 1998. Jim became Tire Review's eighth editor in its 109-year history in October 1999.r

Little noted in the run-up to the holidays was the Dec. 14 passing of Sol Price, 93, a man described as a “business visionary.” Certainly he changed the face of retailing – particularly tire retailing. 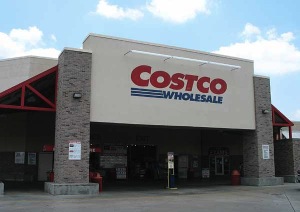 Who was Sol Price, you ask?

Well, in 1976 he founded Price Club, the first bulk shopping warehouse “club” retail outlet, a model that begat Sam’s Club, Costco and others. Suddenly, shoppers could get just about anything they wanted, supposedly cheaper than straight retail, provided they could live without the “frills” of a traditional retail experience.

And that included tires and vehicle service. Over the years, tiremakers even began producing models specifically for warehouse club distribution, supposedly to keep tire dealers happy by not having the warehouse clubs competing tire-for-tire directly with them. Still, the “lowest price” concept irked traditional tire retailers, who found themselves having to compete with a new mega-retailer whose only concern for “mom-n-pop” was whether it could produce their own private label pop and make better money.

Price Club, which was later merged with Costco, was instantly successful. As was Price’s original retail venture.

Farther back, in 1954, Price was a semi-successful attorney in San Diego. Friends turned him on to an L.A.-area store called Fedco, which sold at a discount to government employees. He took the basic idea, found an abandoned warehouse in San Diego, and opened the first Fed-Mart. At first Fed-Mart had a limited offering, but quickly expanded into a broad range of consumer goods – from clothes to food. Eventually, Fed-Mart became a 41-store chain across the Southwest.

Why is that important?

Fed-Mart was the model a guy named Sam Walton followed when he started Walmart in 1962.

At some point, Price gained a German business partner in his Fed-Mart enterprise. And at a later point, that relationship soured badly. At age 60, Price found himself shunted from the business, locked out of his office and left with nothing.

With his son Robert’s assistance, Price wasted little time creating Price Club, this time converting an old airport hangar near San Diego into a floor-to-ceiling retailing mecca. Cases of goods flew out the door as thousands of eager penny-wise shoppers gladly paid a $25 annual fee for the honor of loading up on giant jars of mustard and cases of diapers and huge boxes of laundry detergent at below traditional retail prices.

At its height of importance, Price Club had 94 locations in North America and turned $6.6 billion in sales. That was in 1992. The following year, Price Club was merged with Costco, which had been founded by a former Fed-Mart stocking clerk.

Not letting moss grow under his increasingly older feet, after the merger Price and his son started PriceSmart, which still operates 26 warehouse-type stores in Central America and the Caribbean.