Everyone thinks of green on St. Patrick’s Day, but the day after is an important opportunity to celebrate biodiesel’s green benefits in America, according to the National Biodiesel Board.

Today, March 18, is National Biodiesel Day in honor of the birth of Rudolf Diesel, the man who invented the diesel engine, which was originally designed to run on peanut oil. 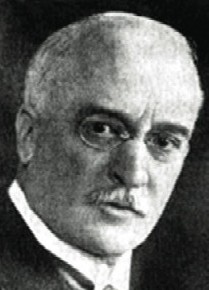 According to National Biodiesel Board (NBB), in a 1912 speech, Diesel said “the use of vegetable oils for engine fuels may seem insignificant today, but such oils may become, in the course of time, as important as petroleum and the coal tar products of the present time.”

While we can review much of Diesel’s works and patents regarding the development of the compression-ignition technique through various automotive history books, little is known about the man’s mysterious death.

The German-born inventor reportedly vanished mysteriously in late September 1913 while traveling on a cross-channel ferryboat on the English Channel.

Some believe that a cross in his journal on the date he disappeared was an indicator of suicide (plus the fact that he left his wife Martha a briefcase containing a very small sum of money and a number of bank statements showing debts).

However, another theory is that the German military, which was beginning to use his engines on their submarines, murdered him.

Diesel is believed to have opposed this use, and the Germans feared Diesel would ultimately share his technology with the British Royal Navy for use in their submarines. Though his body was found in the channel a few days later, it was tossed back into the sea after seamen recovered his belongings (which was the norm for that time).

I think his life, works, impact on the industry and his mysterious end would make a great movie. I wonder if Oliver Stone is busy these days …

Editor’s Note: Ed’s column was originally published as a blog entry at www.undershoodservice.com.

The Green Movement Continues the Day After St. Patrick's Day