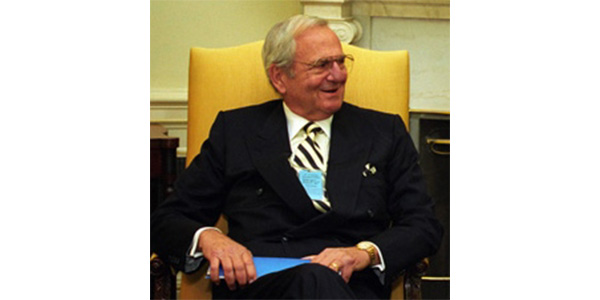 Best known for launching the Ford Mustang in 1964, he also is credited as the only auto executive to have led two of the “Big Three.”

Iconic leader in the automotive industry Lee Iacocca passed away July 2 at his home in California. He was 94.

Best known for launching the Ford Mustang in 1964, he also is credited as the only auto executive to have led two of the “Big Three.”

Having also played a significant role in the turnaround of the Chrysler brand in the 1980s, FCA issued the following statement on Iacocca’s passing:

“The company is saddened by the news of Lee Iacocca’s passing. He played a historic role in steering Chrysler through crisis and making it a true competitive force. He was one of the great leaders of our company and the auto industry as a whole. He also played a profound and tireless role on the national stage as a business statesman and philanthropist.

“Lee gave us a mindset that still drives us today – one that is characterized by hard work, dedication and grit. We are committed to ensuring that Chrysler, now FCA, is such a company, an example of commitment and respect, known for excellence as well as for its contribution to society. His legacy is the resiliency and unshakeable faith in the future that live on in the men and women of FCA who strive every day to live up to the high standards he set.”