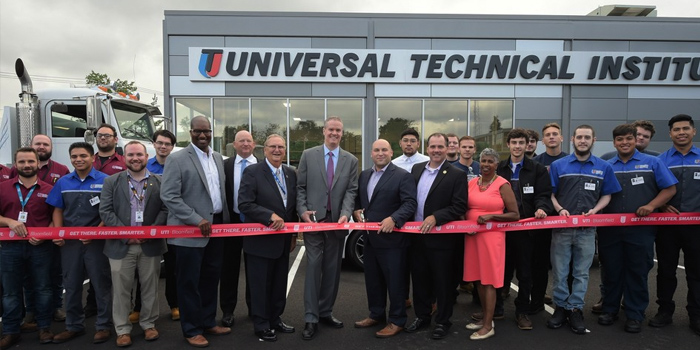 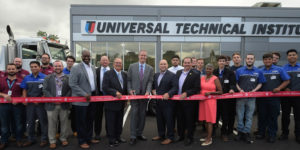 Yesterday, Universal Technical Institute cut the ribbon at its new 108,000-square-foot, state-of-the-industry campus. The Bloomfield, New Jersey, campus marks the company’s first location in the tri-state area and its 13th location nationwide. As the region’s strong demand for skilled transportation service technicians continues to grow, the campus will train students to succeed in these high-tech, well-paying jobs, which offer ample opportunities to build rewarding, long-term careers, according to UTI.

“This school is important not just for Bloomfield, not just for Essex County, but it is really important for Northern New Jersey and all of the state,” said Carlos Pomares, Essex County Freeholder. “This highly-skilled training is not available everywhere, and we have a very dense population with a million cars on the road, so we are very excited for the resources UTI brings to the community both in terms of job opportunities and for New Jersey businesses.”

Those attending included major New Jersey transportation employers, many of whom offer tuition reimbursement programs and hiring incentives to UTI graduates. UTI partners with 30 of the nation’s leading transportation brands – including BMW, Cummins, Ford, Freightliner, Mercedes-Benz, NASCAR, Peterbilt, Porsche and Volvo – who help guide UTI’s cutting-edge training programs, invest in its facilities and give UTI students the chance to train on current vehicles, technology and tools. As a result, students leave UTI with the knowledge and skills employers want, says UTI. Nationally, more than four of five UTI graduates are employed full-time in their field within a year of graduating.

The new campus has seen a warm reception from employers in the region. Like many who rely on skilled tradespeople, tri-state transportation employers have been struggling with labor shortages as their service departments continue to grow and more skilled technicians reach retirement age, without enough new, well-trained employees to replace them. For these employers, UTI-Bloomfield could not have opened at a better time, according to UTI.

“We recognize that with UTI graduate hires, we know we aren’t just getting someone who can turn a wrench,” said Terrell McCray, Northeast human resources manager for Penske Truck Leasing. “Students here are pushed to think beyond the classroom; they’ve already worked on the equipment and sophisticated digital systems they’ll find in every Penske vehicle they touch, but, beyond that, learning to be a professional is part of the curriculum, and they have the classroom role models to set an example of how to conduct themselves in the workplace.”

Following the ribbon-cutting, attendees were given tours of the campus and got a first-hand look at the classrooms and hands-on training labs outfitted with the equipment, technology and sophisticated digital systems that power modern vehicles.

Overall, the campus represents a more than $11 million investment by UTI in the region. It has the capacity to train up to 800 students each year in Automotive and Diesel Technology. Students can be ready to work in as little as 11 months in the 45-week diesel program and graduate the core automotive program in just 51 weeks. A soon-to-be-announced manufacturer-specific advanced training program also will be offered.

The campus will predominantly serve a commuter population, allowing students to access UTI’s quality education without leaving home. That, combined with a flexible curriculum that helps students work classroom time into their work and family schedules, will make it easier and more affordable to attend UTI.

“Our employer and industry partners are telling us that they can’t find enough skilled technicians to meet their demand, especially in a transportation hub like the New York metropolitan area,” said UTI-Bloomfield Campus President Steve McElfresh. “From a community perspective, these are fantastic career opportunities that allow graduates to support themselves and their families, and we are excited to provide their first few steps.”

Industry demand for trained transportation technicians continues to accelerate. Most recently, the federal government tripled its estimate for the number of transportation technicians needed nationwide by 2026. According to projections by the Bureau of Labor Statistics, there will be more than 1.2 million job openings in the automotive, diesel and collision repair industries by that time. To help reach that total, the transportation industry will have to fill more than 120,000 technician job openings annually on average.

A formal community grand opening will be held at the Bloomfield campus on Oct. 24.

UTI Bloomfield is accredited by the Accrediting Commission of Career Schools and Colleges, which is recognized by the U.S. Department of Education. UTI participates in the STEM Education Coalition, a nationwide initiative to ensure science, technology, engineering and math skills are interwoven throughout its curriculum. In addition, UTI has been designated a STEM Jobs Approved College by Victory Media, which created the list to assist parents, students and guidance counselors in evaluating how well education is translating into real-world jobs and how responsive institutions are to meeting the demand for STEM-based education.

Advertisement
In this article:tech training, Universal Technical Institute
Print
Up Next: 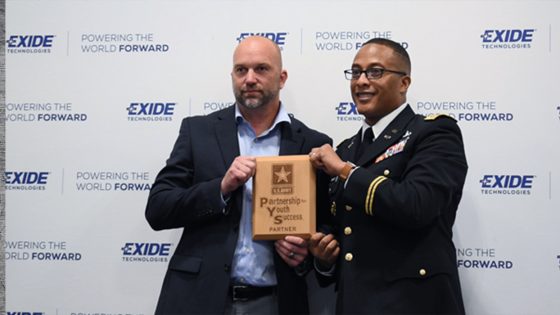 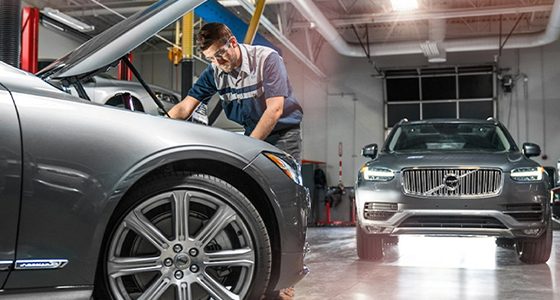 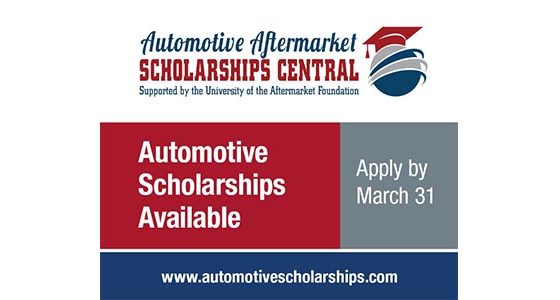 Apply For Automotive Scholarships By March 31 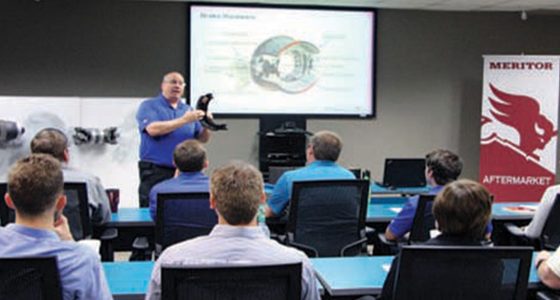