ATLANTA – NAPA AUTO PARTS has announced the appointment of Dan Askey to president. Askey, who assumes the post on May 1, brings a deep understanding of both the industry and NAPA, having spent the past 32 years working in various roles within Genuine Parts Co. (GPC) and its Automotive Parts Group (GPC is a NAPA member company). 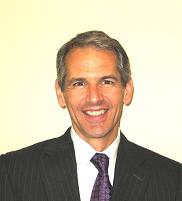 “Having spent his entire career excelling within the GPC Automotive Parts Group, Dan is uniquely qualified to take on the role of NAPA President,” said Donahue. “We are pleased to have him assume leadership of NAPA and look forward to his continued success within our organization.”

Askey has received numerous accolades throughout his career and has been recognized by GPC with Manager of the Year (1998) and multiple Triple Crown Awards.