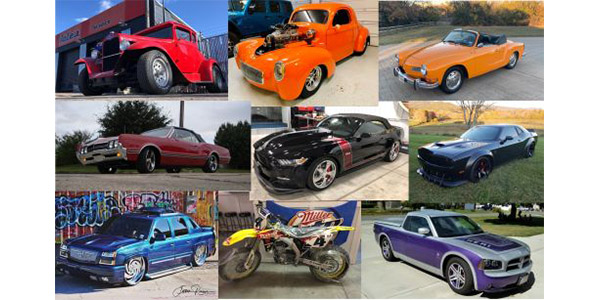 The National Auto Body Council announced recently the category winners in the NABC Rides for a Reason Virtual Car Show Presented by LKQ. In the virtual show, members, their company employees and auto enthusiasts put their passion and pride on display.

The categories of competition were judged by some of the top names in vehicle design, restoration, preservation and performance. The category winners take home a custom framed certificate of their achievement presented by CARSTAR, bragging rights and a chance to vie for the Best of Show Award.

Best of Show Presented by Akzo Nobel, judged by Dave Kindig, president of Kindig It Design

Old School Muscle Cars: 60s and 70s, judged by the Ringbrothers with Mike and Jim Ring

“We are excited to bring people together – in a virtual forum – to celebrate our collective love of the automobile,” said Clint Marlow, chairman of the board of the National Auto Body Council. “For our members who work in the collision repair industry, this was a chance to show off our weekend projects, our dream cars and favorite vehicles. And we’ve enjoyed seeing all of great vehicles from auto enthusiasts around the country – this is one of the first forums where car lovers from everywhere were able to participate in a national show judged by some of the top automotive celebrities!”

Advertisement
In this article:National Auto Body Council
Print
Up Next: