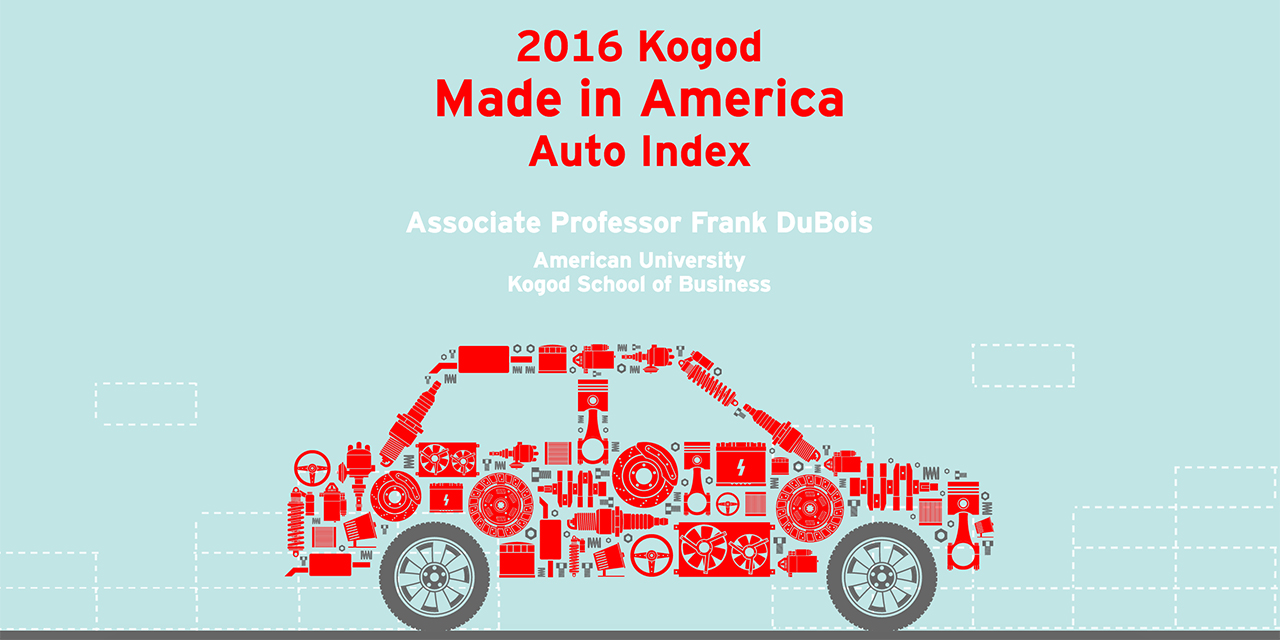 General Motors, Honda, Ford and Fiat Chrysler Automobiles were shown to have vehicles that were 80 percent or more made in the U.S. 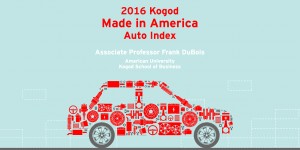 American University has released the 2016 Kogod Made in America Auto Index, ranking the top 25 most “American-made” vehicles across all vehicle segments, including sedans, SUVs and pickups.

General Motors, Honda, Ford and Fiat Chrysler Automobiles were shown to have vehicles that were 80 percent or more made in the U.S.

According to Associate Professor Frank DuBois of American University, in 2015, of the 17.5 million vehicles sold in the U.S., approximately 65 percent were produced in the United States. That same year, the auto industry directly employed approximately 1.55 million workers and supported an additional 5.7 million jobs in repair shops, part supply stores and car dealerships.

As such an important part of the U.S. economy, understanding the factors that influence the automobile industry is not just helpful, it is essential, DuBois says. A vehicle’s domestic manufacturing composition plays a key role in determining its overall impact on the American economy. This knowledge empowers consumers and automakers alike to make better economic decisions about where a car is made, and which offer the greatest commercial benefits to the country.

To learn more about, and see the complete 2016 Kogod Made in America Auto Index, click here.

From GlobalBusinessProfessor.com: Mexico’s Automotive Supply Chain And Opportunities For Suppliers

GM, Honda, FCA And Ford Take The Lead In The 2016 Kogod Made In America Auto Index