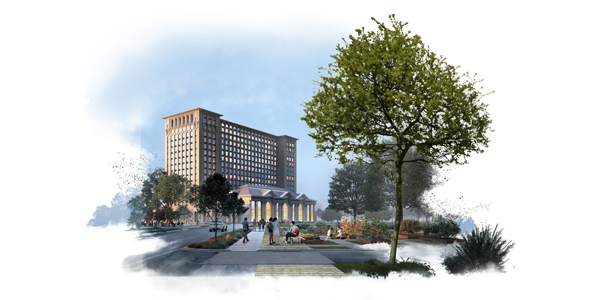 Ford has announced plans to renovate the iconic Michigan Central Station to become a magnet for high-tech talent and a regional destination with retail, restaurants, residential living, modern work spaces and more. 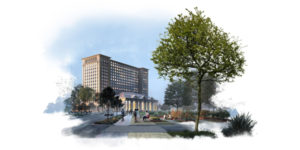 Ford Motor Co. announced it has acquired the iconic Michigan Central Station and plans to transform it into the centerpiece of a new campus in Detroit’s Corktown neighborhood. The automaker plans to create a campus that will serve as an innovation hub for its vision for the future of transportation.

The acquisition of Michigan Central Station follows the company’s purchase of the former Detroit Public Schools Book Depository, two acres of vacant land, the site of an old brass factory and the recent purchase of a refurbished former factory in Corktown, now home to Ford’s electric vehicle and autonomous vehicle business teams.

Highlights of the plans for Ford’s new Corktown campus include:

Ford plans to share more details about the Corktown project, as well as early visual renderings, at an event on Tuesday.

Ford also will host a community Open House on Friday, June 22 through Sunday, June 24 for a rare, inside look at Michigan Central Station before renovations. Details of the open house will be shared Tuesday.

“Michigan Central Station is a powerful symbol of Detroit’s struggles and now its resurgence, but Ford’s investment in Corktown is far from symbolic,” said Bill Ford, the company’s executive chairman. “We aren’t just making a bet on Detroit. We are making a big bet on the future for Ford and the future of transportation. It’s exciting to imagine what’s possible as we build tomorrow, together.”

Advertisement
In this article:Ford, Ford Motor Co., Michigan Central Station
Print
Up Next:

NA Car, Truck, Utility Vehicle Of The Year Announced
Connect with us