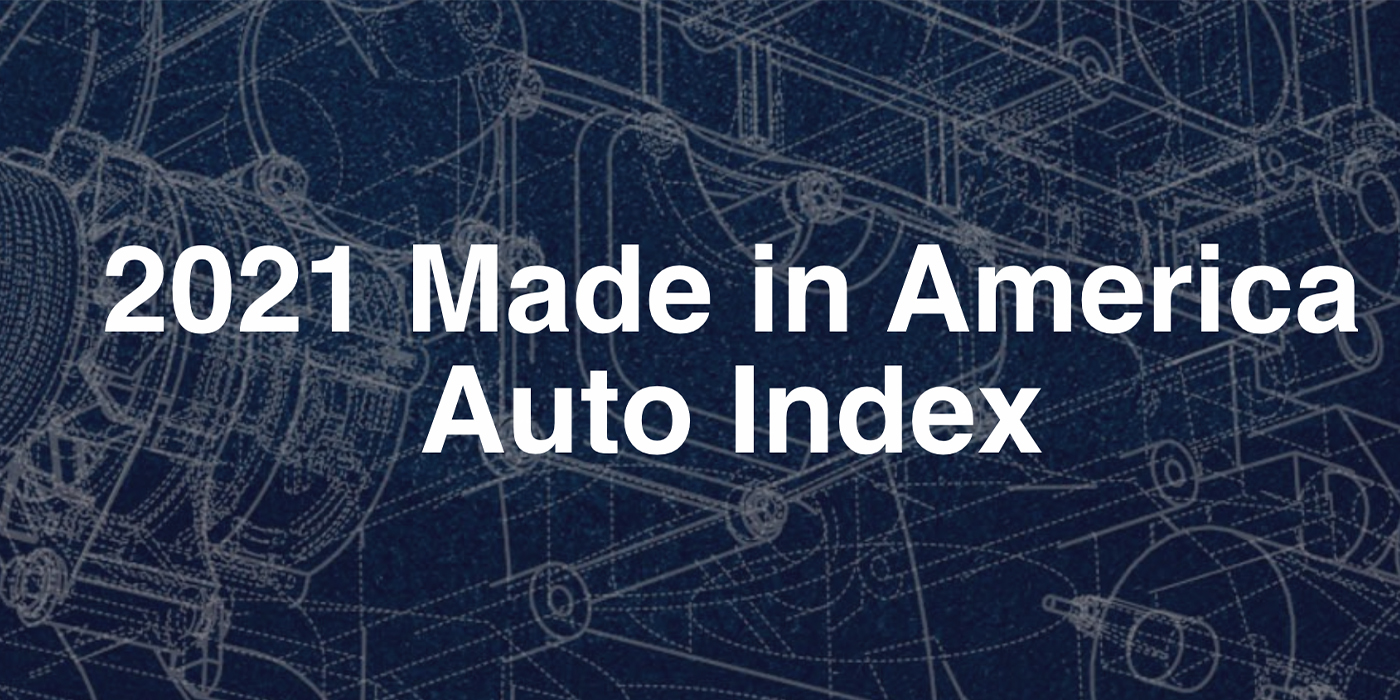 Together, Ford, General Motors and Stellantis produced 15 of the Top 25 vehicles.

Together, Ford, General Motors and Stellantis produced 15 of the Top 25 vehicles, 34 of the Top 50 vehicles, as well as the Top 3 trucks and the Top 2 SUVs. Their average Kogod score (56) was 2.8 times higher than the average score for their transplant competitors (20).

“Kogod’s 2021 Made in America Auto Index shows Ford, General Motors and Stellantis’s overwhelming advantage compared with their transplant competitors,” Blunt said.  “American Automakers assemble more of their vehicles here, use twice as many auto parts manufactured in the U.S. supply chain, and base nearly 8 times more of their workers across the United States.”

Kogod scores automakers based on how much of the manufacturing process in its ranking categories were performed in the U.S. Vehicles earn points, based on where its R&D is performed, where it is assembled, where its engine and transmissions are produced, how much domestic parts it contains and where the automaker is headquartered.

The three American Automakers continue to invest in both the U.S. workforce and U.S. supply chain, as well as source domestic manufacturers for parts. This effort is not only supporting American manufacturing jobs, but also creating new jobs while driving the U.S. economy

Advertisement
In this article:Made In America
Print
Up Next:

Fisker, Foxconn to Produce Fisker Pear in Ohio
Connect with us