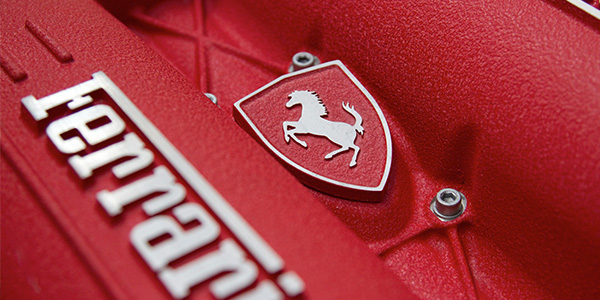 The company’s brand strength score has improved by three points this year to 92, leading to an upgrading of its brand rating to the maximum AAA+ designation. 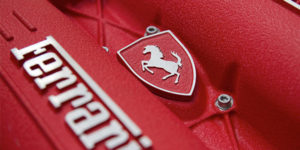 Every year, leading valuation and strategy consultancy Brand Finance values the brands of thousands of the world’s biggest companies. Brands are first evaluated to determine power/strength (based on factors such as marketing investment, familiarity, loyalty, staff satisfaction and corporate reputation) and given a corresponding letter grade up to AAA+. Brand strength is used to determine what proportion of a business’s revenue is contributed by the brand, which is projected into perpetuity to determine the brand’s value. The world’s 100 most valuable auto brands are then ranked and included in the Brand Finance Auto 100.

The strength of Ferrari’s brand is all the more remarkable given its increasingly commercial approach and improving revenues. Former Chairman Luca di Montezemolo enforced a strict production cap of 7,000 vehicles, convinced that this was essential to maintaining perceived exclusivity and brand strength. However, since Sergio Marchionne took command, and particularly since Ferrari’s IPO, a less puritanical approach has been employed. The annual production cap has been raised to 9,000 and a new Ferrari Land is set to open at PortAventura in Spain on April 7. This increased commercial exploitation of the brand has seen brand value surge by 40 percent to $6.15 billion this year.

Overall, the most valuable auto brand is Toyota. Its brand value has increased by 7 percent to $46.3 billion. Profitability remains strong and, at the date of valuation, most recently reported revenues were up 32 percent on the same period last year. Toyota was recently overtaken by Volkswagen AG as the biggest auto manufacturer by unit volume (Toyota sold 10,175,000 units in 2016 to Volkswagen AG’s 10,213,486) but Volkswagen’s sales are split between multiple brands including VW, Audi, Lamborghini, Skoda, SEAT, Porsche, Bentley, Bugatti and Ducati motorcycles.

Volkwagen’s flagship VW brand is growing strongly, up 32 percent to $25 billion. Despite ongoing legal cases, VW is rebounding rapidly from the damage caused by the 2015 emissions scandal. This reputational recovery is clear from a 6-point improvement in brand strength, making VW the third strongest auto brand in the world. European sales rose in 2016, while sales in the increasingly critical Chinese market are up over 12 percent.

Advertisement
In this article:Auto brand, Ferrari, Porsche
Print
Up Next: