TAIPEI, Taiwan — Though the four-in-one transportation shows are being held in Taipei this week, a number of countries are represented in international pavilions at all of the shows. 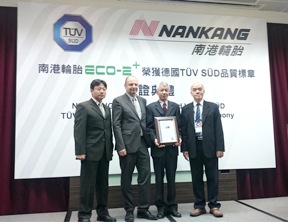 Taiwan has been an economic and manufacturing powerhouse for decades. The island, in East Asia, has about 24 million people with a gross domestic product (GDP) of nearly $1 trillion. Its per capita income, at more than $41,000, is the 17th highest in the world. In comparison, the United States’ GDP is around $17 trillion with approximately 315 million people and per capita income of about $54,000. Taiwan boasts the 19th largest economy in the world and is a leading center of the high-tech industry. For example, Taiwan’s Hon Hai Precision Industry Co., doing business as Foxconn, is the largest contracted electronics manufacturer in the world, producing products such as Apple, BlackBerry and game consoles such as the PlayStation.

Financial analysts looking to gauge the pulse of the high-tech industry worldwide need only to look to Taiwan, as it has become the essential part of the equation in the production of electronics.

With its relatively small population and limited marketplace because of its size, Taiwan has focused a great deal of energy in exporting its products. Anyone driving a vehicle in the United States has no doubt done so with computer chips produced in Taiwan that are the brains of electronic control modules.

At the EV Taiwan show, manufacturers displayed products that reflect an emphasis on vehicle batteries that are relatively easy to charge and plug in and out of vehicles and scooters.

Show organizers arranged test ride zones at the show venues for both four- and two-wheel vehicles, including an outdoor test ride range for electric cars at the Taipei World Trade Center. Show attendees could be seen riding electric bikes, motorcycles and cars at the venues.

The shows wrap up in Taipei tomorrow.

Day Three In Taiwan: A Record 183 Companies From 16 Countries Exhibiting At Events