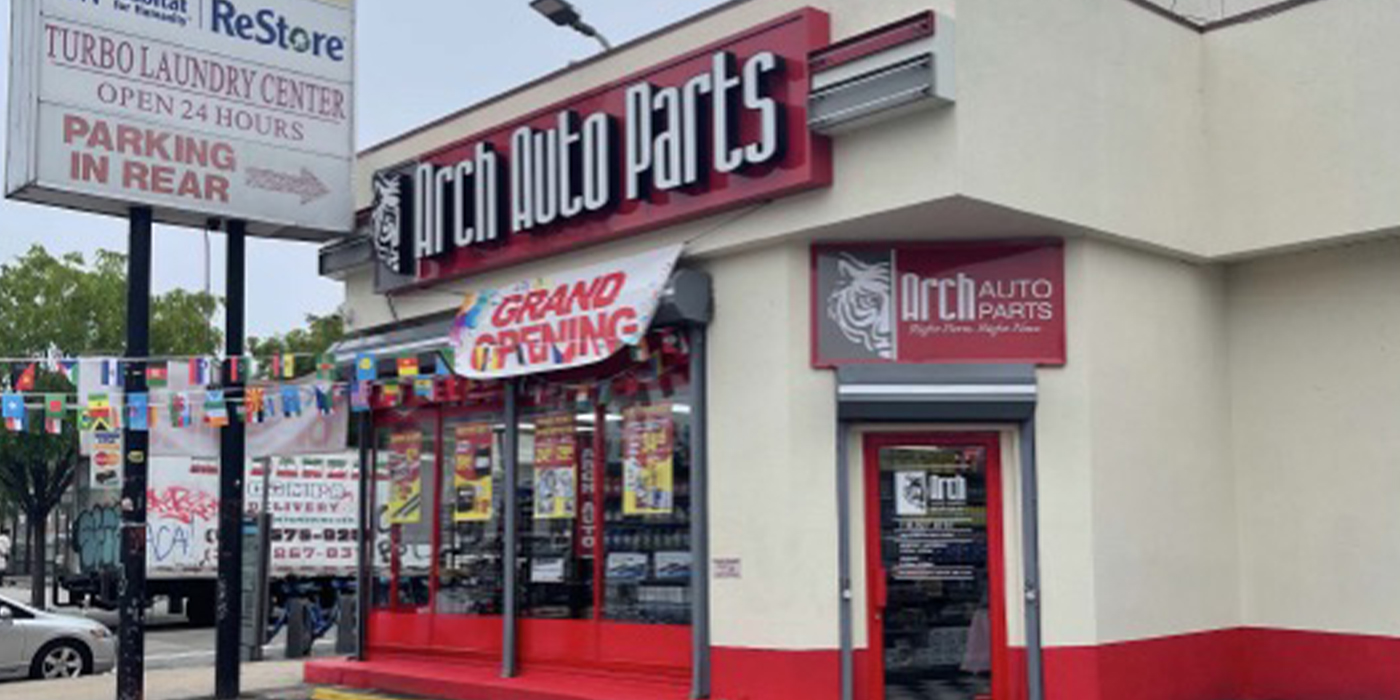 The Woodside location is the third new Arch location to open in the last seven months.

The store located on busy Northern Boulevard brings both foot traffic and vehicular traffic.  “This plays into the strength of Arch” said Moe Ali, senior VP, sales.  “Our strong inventory of soft and hard parts is ideal to service both the retail and commercial customer”.

New York’s Neighborhood Auto Parts Stores remain locally owned and operated, Arch Auto Parts has been able to expand and thrive in the culturally distinct neighborhoods of Brooklyn, the Bronx, Nassau and now with an eighth location in Queens.

“The important factor to being New York’s Neighborhood Auto Parts Store is in earning community trust by operating locally from CEO to counter staff.” says CEO Chris Bodh, who has lived in the borough for over 46 years.  “With the support of our neighborhoods we continue to grow to serve them better” added Bodh.

Arch offers a large array of OEM parts as well as aftermarket brands allowing professional installers and retail customers a choice.  With the increasing support from the communities Arch currently serves, Arch has plans for continued expansion in the boroughs of New York City.

Advertisement
In this article:Arch Auto Parts, new location
Print
Up Next: