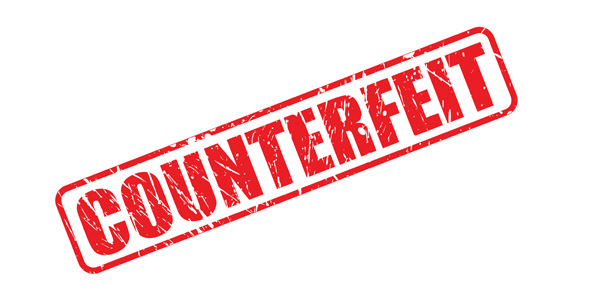 A2C2 has engaged directly with eBay executives on this topic since 2017.

The Automotive Anti-Counterfeiting Council, Inc. (A2C2), a leading voice in the fight against counterfeit automotive parts, is urging eBay to halt the sale of all supplemental restraint system (SRS) airbags and components on eBay.com, calling it the only effective way of preventing the sale of dangerous counterfeit airbags on the site.

Counterfeit airbags pose a serious threat to the health and safety of the motoring public, as they are not made to airbag manufacturers’ specifications, are not subject to quality control tests or application of industry safety measures and do not abide by existing federal regulations. According to testing conducted by the National Highway Traffic Safety Administration (NHTSA), counterfeit airbags have shown consistent malfunctions ranging from non-deployment to the expulsion of metal shrapnel during deployment.

In October 2012, NHTSA issued a consumer advisory alerting vehicle owners and repair professionals to the dangers of counterfeit airbags and their prevalence in the marketplace. Since then, other federal law enforcement agencies have issued similar notices.

“These fake airbags are notoriously difficult to spot, often appearing nearly identical to genuine, original equipment parts, but in the most tragic cases they can result in catastrophic failures with fatal consequences,” said Teena Bohi, president of A2C2. “For this reason, A2C2 has consistently advocated for e-commerce platforms to ban the listing of all airbags and related SRS components on their sites.”

Since its inception in 2015, A2C2 has worked to protect consumers by meeting with e-commerce marketplaces to convey the dangers of allowing the online sale of airbags and related components, while providing examples of the counterfeits for sale on those sites. A2C2 has engaged directly with eBay executives on this topic since 2017. While several e-commerce platforms have responded by enacting a broad sales prohibition of all airbags and airbag components to address the growing problem, eBay has not followed suit.

Instead, eBay continues to permit the sale of airbags on its site, which allows the sale of completely counterfeit airbags and those incorporating cobbled components, as shown in recent law enforcement investigations. Even recalled airbags have been identified for sale on eBay. This also violates eBay’s own policies prohibiting the listing and sale of combustible and recalled goods, and hazardous materials that are banned by shipping providers – airbags are both combustible and banned for shipment by the U.S. Postal Service.

As with nearly all consumer products, the sale of automotive parts online has surged significantly in recent years. And with that, A2C2 believes the potential for unsuspecting consumers and repair shops to purchase dangerous counterfeit automotive parts, including airbags, has increased as well. This is exemplified by the arrests and convictions of individuals found to be selling counterfeit airbags and related components on the eBay marketplace.

Advertisement
In this article:airbags, Anti-Counterfeit, Counterfeit
Print
Up Next:

A2C2 Calls On Ebay To Prohibit Sale Of All Airbags