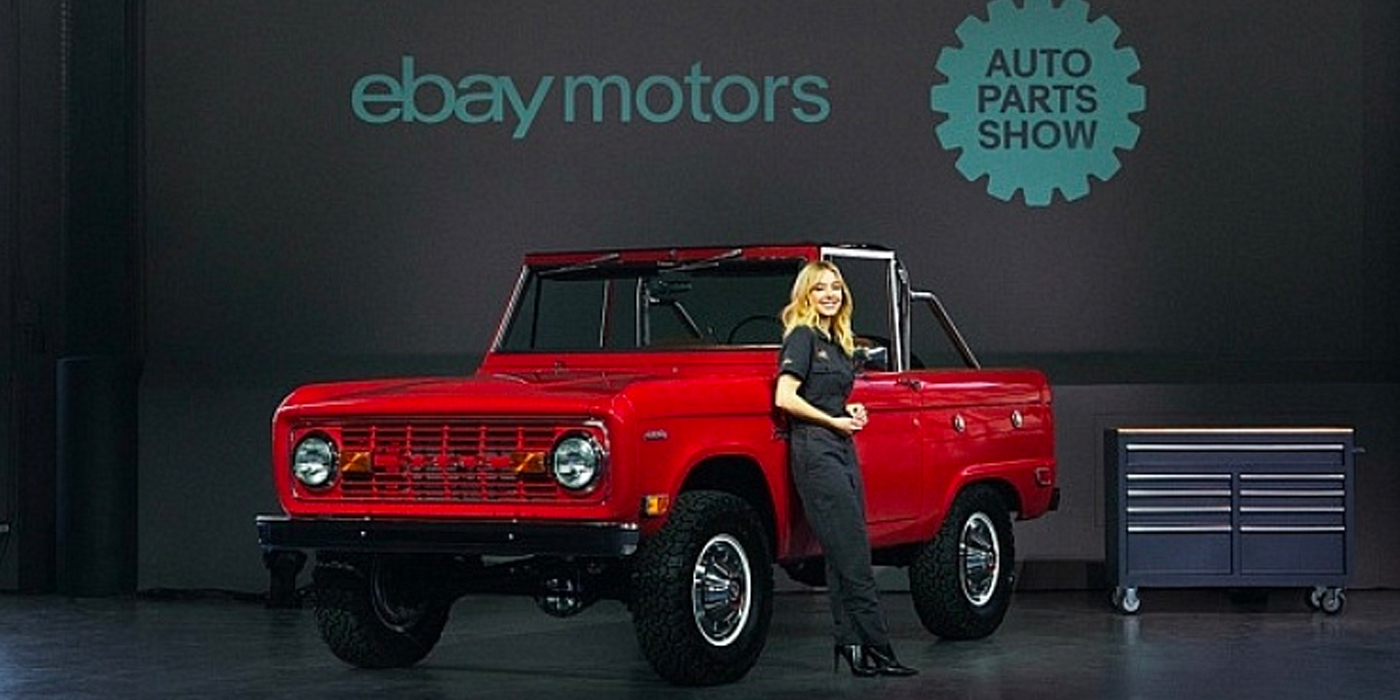 The show debuted a line of “Re-Concept cars,” assembled in partnership with some of the industry’s top builders and stars.

eBay Motors held its first-ever New York Auto Parts Show on April 14, designed to demonstrate how car enthusiasts can build, fix, or maintain their dream car. In the face of unprecedented supply chain challenges, the show debuted a line of “Re-Concept cars,” assembled in partnership with some of the industry’s top builders and biggest stars. Over the course of several days, eBay Motors says it will prove the best “new” car on the road can start with one that already exists.

While the floor of the New York Auto Show was filled with brand-new models and Concept Cars, these vehicles are often impossible for most people to access – let alone drive every day, eBay Motors says. So in a timely twist, it showcased the clever ways enthusiasts are using parts and accessories to make and maintain their dream cars. The Re-Concept Cars exhibition celebrates innovative ideas and designs from top auto builders and DIY customizers, including actress Sydney Sweeney.

Held at the iconic Classic Car Club of Manhattan on Pier 76, the show was part education and part inspiration. Attendees can explore in detail each of the “Re-Concept Cars,” speak with the builders themselves, and learn more about how the right part can be a game-changer when it comes to starting – or finishing – a project. Those not in NYC can access behind-the-scenes content and DIY tips on @eBayMotors and at eBay.com/autopartsshow.

“Since buying my Ford Bronco last February, I’ve done everything from rebuilding the transmission, to wire brushing out rust,” said Sydney Sweeney. “It’s really important to me to preserve the integrity of the original Ford build, so when I need a rare part – like a unique transmission adaptor that is next-to-impossible to come by – eBay Motors is always my first stop.”

In recent years, both the average car age and average mileage have significantly increased, as new cars are harder to come by and consumers opt to stretch the life of their current vehicles. And, since last summer, “project car” sales on eBay Motors have grown 158% – with more people taking on true fixer-uppers, eBay Motors says.

“Supply chain challenges are impacting everyone – professional mechanics, DIY enthusiasts, daily commuters – and that’s leading to some really innovative solutions,” said Ron Jaiven, GM of Parts & Accessories, eBay Motors. “eBay Motors has long been the place for enthusiasts to discover hard-to-find parts and accessories needed to build, fix, or maintain virtually any car. The New York Auto Parts Show is highlighting just how much is possible when it comes to giving an existing car a new life.”

The rEVamp | Emelia Hartford(00’s Prius) – A builder who is also a burgeoning actress, Emelia drove this Prius daily for years. When she started using her Prius to transport car parts, she was inspired to up the horsepower and reincarnate it with a new turbocharged Honda engine and 6-speed manual.

Advertisement
In this article:auto show, eBay Motors
Print
Up Next:

AASA Vision: E-Tailing Beyond The Pandemic

ACC to Host Virtual Holiday Happy Hour
Connect with us