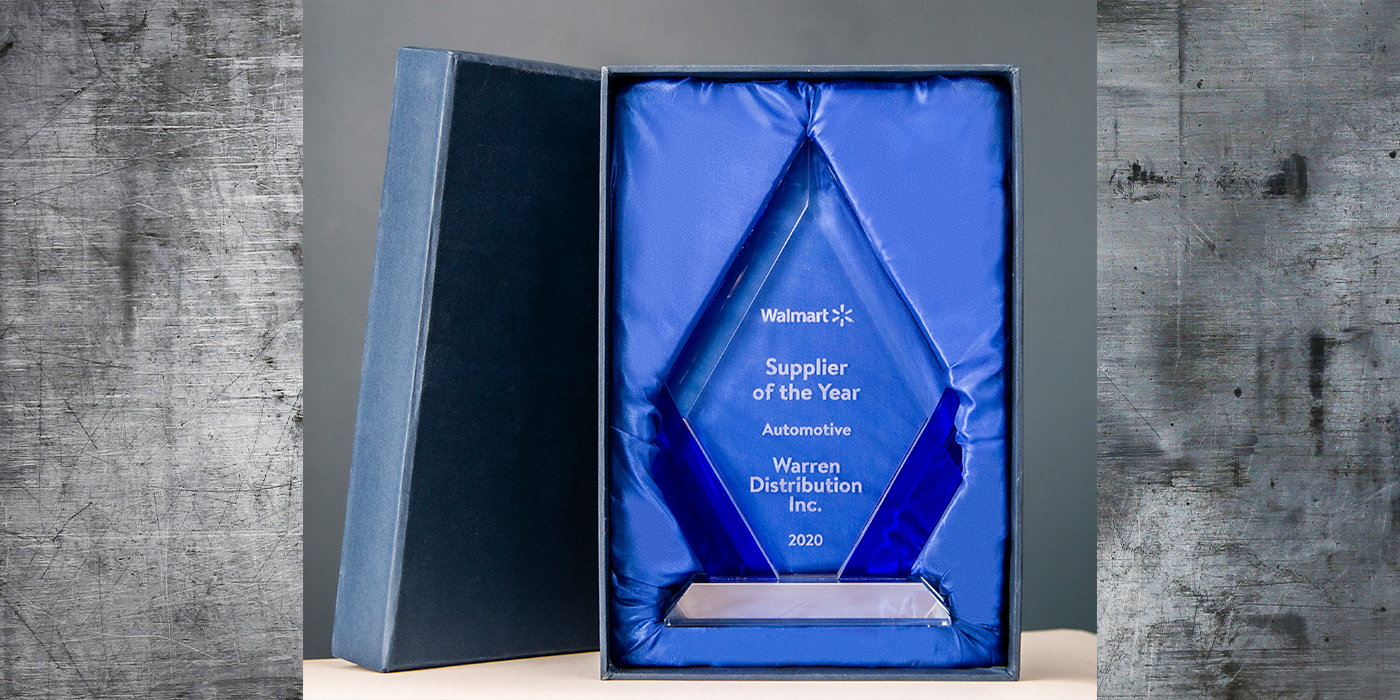 “Never before had a lubricants supplier been named Hardlines Supplier of the Year,” said Curt Knapp, Warren Distribution’s chief operating officer, sales and supply. “And maybe even more astounding is we were among the top-four suppliers in the huge General Merchandise category. Obviously, this accomplishment required an incredible amount of extra effort and attention to detail, day in and day out, from our Warren Distribution team and our valued suppliers.”

Warren Chairman and CEO Bob Schlott, along with the company’s Walmart relationship managers, Travis Broadbrooks, Dietz Brock and Abe Schlott, attended Walmart’s Annual Vendor Forum. The forum is an annual event that Walmart asks its major suppliers to attend. Walmart’s CEO and senior management outlines the company’s sales and growth strategy for the coming year and uses the forum to give recognition to the suppliers identified as making a significant contribution to Walmart’s growth and success. Approximately 5,000 vendor representatives attended this year’s forum.

Advertisement
In this article:Vendor Awards, Walmart, Warren Distribution
Print
Up Next: