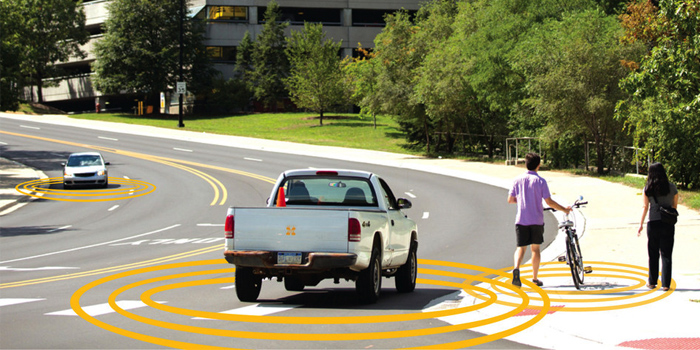 Toyota began inviting its team members and their families who live and work in Washtenaw County in Michigan to have their vehicles equipped with the latest DSRC 5.9GHz V2X technology connected vehicle systems. 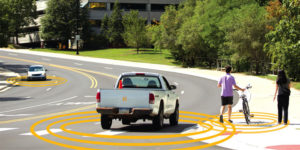 The University of Michigan Transportation Research Institute (UMTRI) and Toyota Motor North America Research & Development (TMNA R&D) welcome Toyota team members and their families as they “Get Connected” in the Ann Arbor Connected Vehicle Test Environment (AACVTE). The AACVTE is the world’s largest connected vehicle test environment for the DSRC 5.9GHz V2X technology and operates throughout the city of Ann Arbor. Led by UMTRI and its partners, the AACVTE builds on the existing deployment, established in 2012.

Earlier this year, Toyota and Lexus announced plans to deploy dedicated short-range communications (DSRC) systems on vehicles sold in the U.S. starting in 2021. And today, Toyota began inviting its more than 1,800 R&D team members and their families who live and work in Washtenaw County to have their vehicles equipped with the latest DSRC 5.9GHz V2X technology connected vehicle systems.

“Ann Arbor is an international hub for connected vehicle technology and research and it has everything to do with the community,” said James Sayer, director of UMTRI. “This deployment allows us to gather data critical to advancing transportation safety. A fully operational deployment enables UMTRI to conduct $3 million to $5 million in research a year, making it a significant living laboratory.”

To date, $50 million has been invested in connected vehicles and infrastructure in Ann Arbor, beginning with the $30 million Safety Pilot DSRC 5.9GHz V2X technology Model Deployment, launched in 2012 by UMTRI and the U.S. DOT. AACVTE funding partners include the U-M (UMTRI, Mcity), the Michigan Economic Development Corp. (MEDC), the City of Ann Arbor and other program partners and suppliers.

Advertisement
In this article:autonomous, connected, Toyota
Print
Up Next: