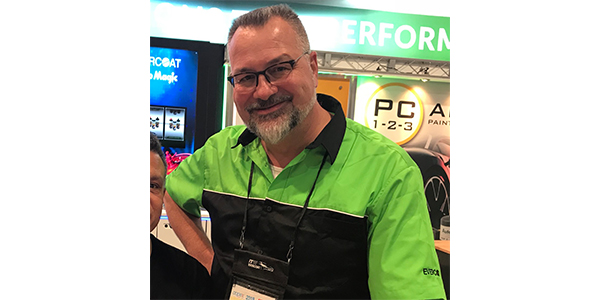 In his new role, Metz will have sales responsibilities for Evercoat and Auto Magic product outside the United States.

ITW Evercoat, global manufacturer of body fillers, putties and professional car care products, has announced the appointment of Thomas Metz as international sales director. In his new role, Metz will have sales responsibilities for Evercoat and Auto Magic product outside the United States.

“Evercoat is rapidly becoming the No. 1 choice of body filler in high-performing European body shops,” said Steven Levine, vice president and general manager of ITW Evercoat. “Thomas will be able to leverage his more than 30 years of industry experience in the automotive refinish sector with high-performing Evercoat and Auto Magic products to help body shops save money and increase productivity.”

Metz joined ITW Evercoat at the beginning of 2014 as commercial director, responsible for Europe. Since that time, he has implemented significant changes to the distribution model in both the U.K. and mainland Europe, bringing Evercoat and Auto Magic innovations that are relied upon each day in the United States to the rest of the world.

Advertisement
In this article:executive appointments, ITW Evercoat
Print
Up Next: