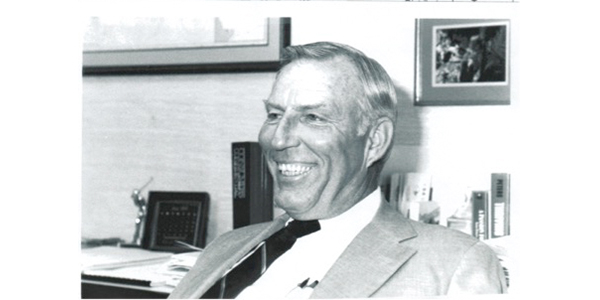 Raff was very active in the Automotive Warehouse Distributors Association. He served on the board for several terms, including serving as chairman of the board. He also served for many years on the board and as chairman of the University of the Aftermarket, donating and raising large amounts of money for scholarships in the aftermarket industry. He was currently chairman emeritus.

According to anecdotes shared by colleagues, Raff left teaching and coaching at Newport High School and moved to Little Rock, Arkansas, to become sales manager of independent Jobbers for Parts Warehouse Inc. (PWI). He became president of the company in 1989, when his boss Copeland Hughes retired. Raff was very instrumental in two major company purchases: 555 Inc., PWI’s largest local competitor, and two companies in the Tulsa, Oklahoma, market. Raff retired from PWI in 1998.

When the president of PWI’s national marketing group – All Pro/Bumper to Bumper – resigned, Raff took over until a successor could be found. He then hired an industry leader and approached another larger group, Auto Value, and helped merge the two groups together to form what is today Aftermarket Auto Parts Alliance Inc., the largest group of its kind in the country.

“Bob always was extremely supportive of the vendor community,” said John R. Washbish, president and CEO of the Alliance, “He constantly coached up his team to help the suppliers get bigger, better and more professional.”

Raff also was instrumental in forming the Alliance Parts Warehouse based in North Little Rock.

Raff was very active in the Automotive Warehouse Distributors Association (AWDA). He served on the board for several terms, including serving as chairman of the board. He also served for many years on the board and as chairman of the University of the Aftermarket, donating and raising large amounts of money for scholarships in the aftermarket industry. He was currently chairman emeritus.

“Bob Raff was a good man, and a consummate leader who truly felt it was his duty to serve the industry he loved so much,” said Larry Northup, senior director, community engagement for the Auto Care Association, which runs AWDA.

Pete Kornafel, co-chair of the University of the Aftermarket Foundation scholarship committee, and former vice chairman of CARQUEST, shared that “Bob was always a great supporter of AWDA and industry projects,” adding that he remembers many good times with Raff at various industry events in the past.

Over the years, Raff earned every major award offered by AWDA. He was the first recipient of the Martin Fromm Lifetime Achievement Award in 1997 and the AWDA Leader of the Year in 1993. The Art Fisher Award and Pursuit of Excellence Award also were added to his well-deserved collection in 1989 and 1987, respectively. In 1998, he was given the Triangle Award from the Motor & Equipment Manufacturers Association, which is not often given to an aftermarket leader.

Raff also was known to be a very good golfer, and worked hard for a number of years to play the top 100 courses in the U.S. He got into the mid-80s, according to friends.

“Bob was great guy. When I started traveling with him, people always recognized him and called him Coach. I think he could have been as good a football coach as he was an auto parts exec,” said E. Fletcher Lord, chairman of Replacement Parts Inc.

Raff was preceded in death by his wife of 57 years, Marjorie Browne Raff, and is survived by his children Kim, Courtney and Robert Jr. Arrangements and service times are pending.