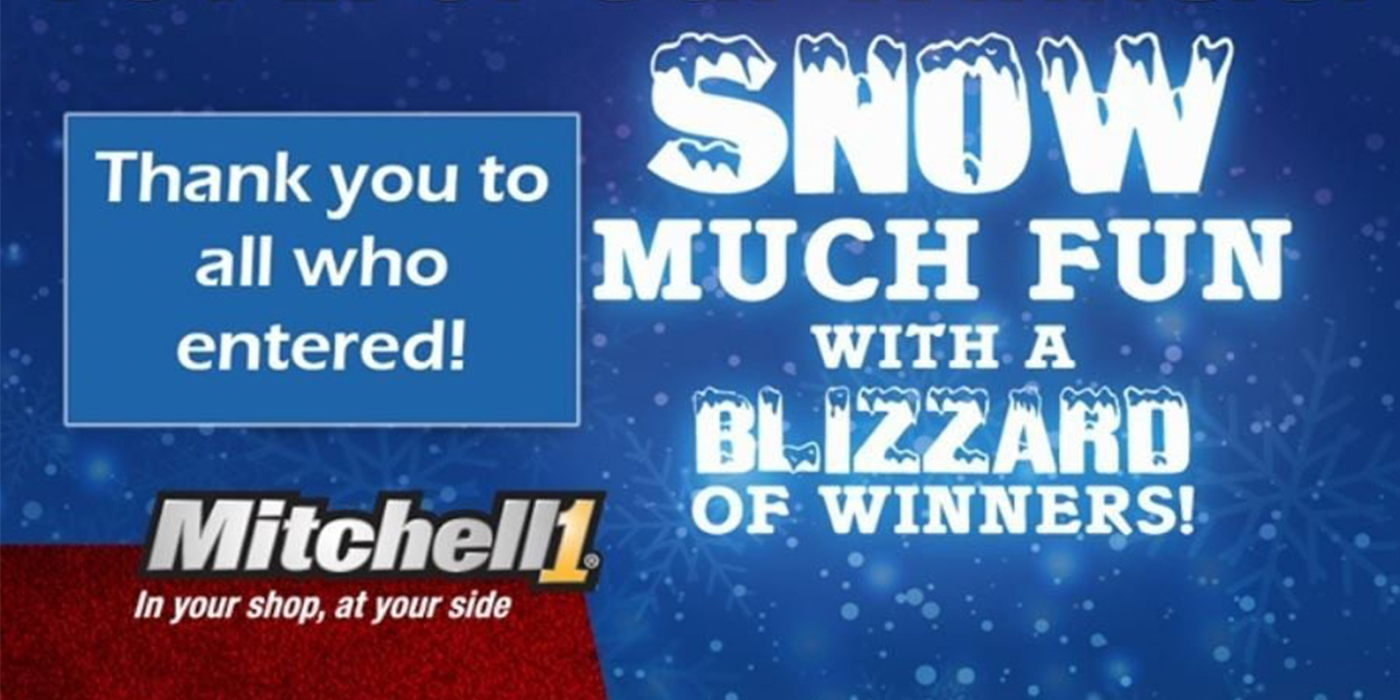 Mitchell 1 recently concluded its “Snow Much Fun” Facebook sweepstakes, which named a winner of a $50 Amazon gift card every Tuesday and Thursday from Jan. 6 to Feb. 24, with a “flurry” of six winners announced on March 1.

“We would like to congratulate the ‘Snow Much Fun’ sweepstakes winners and thank everyone who entered,” said Nick DiVerde, senior marketing director for Mitchell 1. “We kicked off the sweepstakes when snow and cold temperatures covered much of the country, so it was a fun way to shake off the winter blues. We have more exciting promotions lined up for the year, so keep an eye on our Facebook page for details.”

The ”Snow Much Fun” winners include:

Advertisement
In this article:Mitchell 1, sweepstakes
Print
Up Next:

FRAM Signs on as a Sponsor of New PBR Challenger Series

KYB Named Marketing Excellence Vendor of the Year
Connect with us