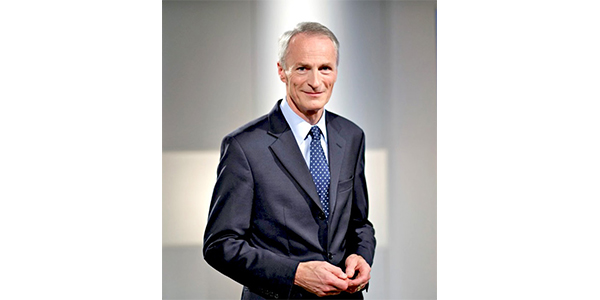 Senard will continue to serve as CEO of Michelin until his term expires in May 2019.

With the full backing of all participants in Michelin’s governance system, Jean-Dominique Senard, CEO of the Michelin Group, has agreed to become chairman of the board of directors of Renault, effective Jan. 24.

Media reports announced that Carlos Ghosn had resigned from the role as chairman and CEO of Renault earlier this week, amid his current financial scandal. He had been CEO of the French carmaker since 2005.

Senard will continue to serve as CEO of the Michelin Group until his term expires in May 2019. The Michelin Group’s leadership transition announced in February 2018 has been underway since May 2018. With the handover just a few weeks away, Florent Menegaux, managing partner and future CEO, has already taken on an increasingly significant role in steering the Group, in seamless cooperation with Senard.

To ensure the transition proceeds in line with the most rigorous ethical standards, special procedures will be implemented at Michelin, the tiremaker stated.

In addition, Senard has asked that the compensation policy applicable to him at Michelin during this time should take into account the fact that he will be holding two positions simultaneously, thus calling for a reduction in his compensation.

Menegaux will succeed Jean-Dominique Senard as head of Michelin as planned following the Group’s Annual Shareholders Meeting to be held on May 17 in Clermont-Ferrand, France.

Advertisement
In this article:executive appointments, Michelin, Renault
Print
Up Next: