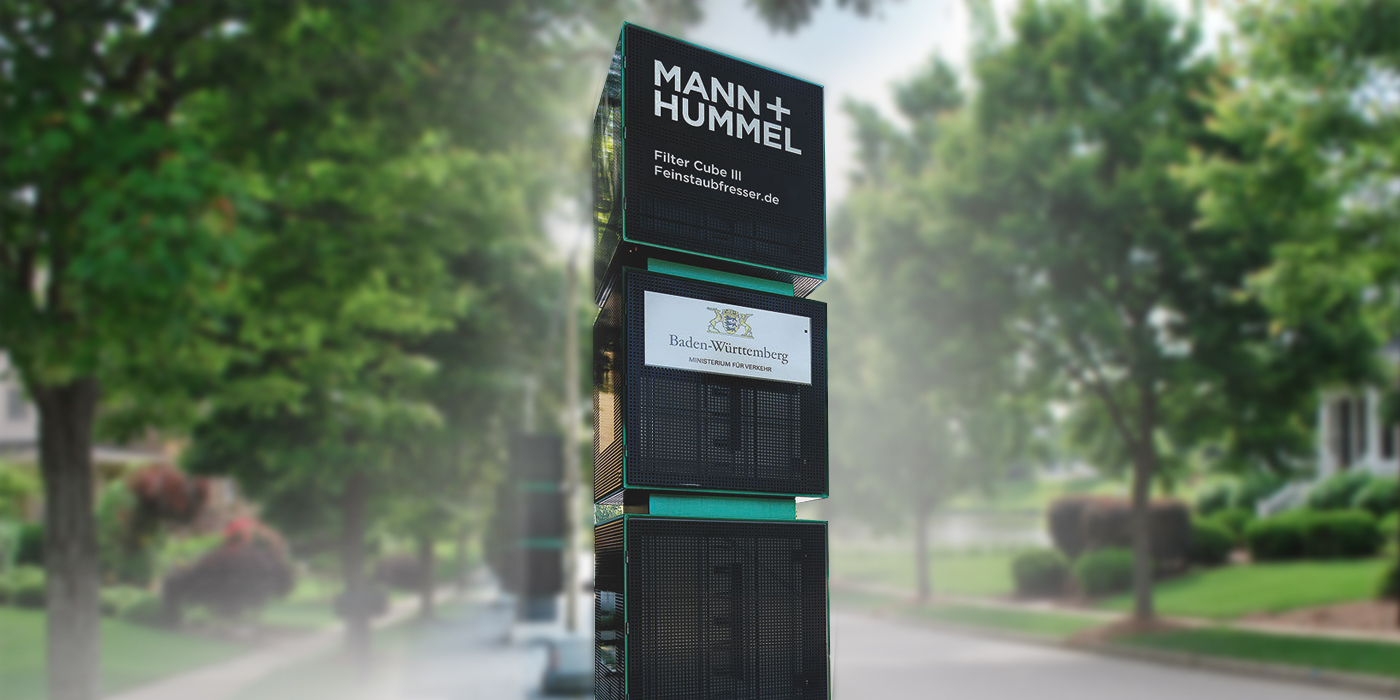 Polluted air? MANN+HUMMEL offers professional solutions to tackle this challenge. Since 2018, Filter Cubes from the German filtration specialist have been ensuring a significant improvement in air quality in major cities around the globe. For this, especially their use in Stuttgart (Germany), the Cubes have now been awarded the silver medal of the International Paul Pietsch Award by AUTO MOTOR UND SPORT.

“The award is a great recognition of our work. We are delighted that we have made it onto the podium of a prestigious automotive award ceremony with a product that is not even directly installed in a car,” said Jan-Eric Raschke, director Air Solution Systems at MANN+HUMMEL. “This clearly shows that we are increasingly being perceived as one of the technology leaders for filtration solutions also outside the mobility sector.” MANN+HUMMEL shares the podium with the plug-in hybrid in the Mercedes GLE 350 de 4Matic and the innovations in the new Mercedes S-Class.

“The award once again underlines the importance of healthy air quality: clean air in cities is not a niche topic. It is a necessity, a fundamental right. We at MANN+HUMMEL have therefore made it our task to contribute with our products to making clean air and clean water possible in addition to clean mobility,” said Raschke.

The AUTO MOTOR UND SPORT expert jury’s statement reads: “Filter columns from MANN+HUMMEL have already proven at several locations around the world that they can noticeably reduce the concentration of fine dust and nitrogen oxides in the air. As a result, they increase the quality of life of people living along busy roads.”

Scientific studies back this up. A study of the Filter Cubes at Stuttgart’s Neckartor found that the columns provide a nine percent reduction in nitrogen dioxide pollution. In the area of the sidewalk, a reduction of between ten and 19 percent was even achieved. The studies focusing on fine dust PM10 showed an average reduction of over ten percent.

The installation of the Filter Cubes at Stuttgart’s Neckartor in 2018 was just the start of their global deployment. In the meantime, the Filter Cubes are ensuring cleaner air in Brazil, China, India and South Korea, among other places, as well as in several German cities.

The International Paul Pietsch Award for innovative technical developments in the automotive sector has been presented in the name of Paul Pietsch, co-founder of Motor Presse Stuttgart, since 1989. Every year, AUTO MOTOR UND SPORT honors outstanding innovative concepts with this renowned prize. Prerequisites for the nomination of an innovation are series production readiness and comprehensible utility value for customers in the areas of environment, comfort, safety and economy. The editorial jury has selected its favorites from the list of suggestions.

Advertisement
In this article:Filtration, MANN+HUMMEL
Print
Up Next: