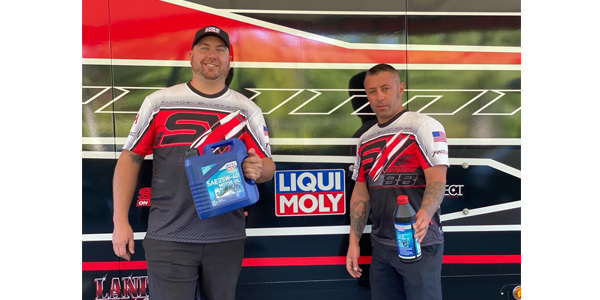 LIQUI MOLY announced it has signed a sponsorship with SV Offshore for the remainder of the 2020 SuperCat PowerBoat race season as well as the 2021 race season.

LIQUI MOLY is expanding its new marine line of high-performance lubricants and will utilize SV Offshore to promote and prove its different marine products in real-time race conditions, the company noted.

LIQUI MOLY also enjoys a strong presence throughout professional motorsports. In the United States, the oil and additive manufacturer supports Turner Motorsports in the IMSA WeatherTech SportsCar Championship and is a sponsor of the MotoAmerica motorcycle racing series. On an international level, the brand can be seen partnering with top teams in Formula 1, World SuperBike and MotoGP.

SV Offshore is a professional offshore powerboat racing team competing in the SuperCat Power Boat Series sanctioned by P1 Offshore and the OPA. SV Offshore represents the factory Outerlimits powerboat manufacturer and is owned by Simon Prevost and Vinnie Dioro who are also the driver and throttleman respectfully.

“We are very excited to be partnering with LIQUI MOLY,” said Simon Prevost, co-Owner of SV Offshore. “We have been working hard to build our relationship specifically with LIQUI MOLY because we know they have the best oils and lubricants available. We are looking forward to our future with them.”

“SuperCat is a cool series and the professional approach of SV Offshore impressed us,” said Sebastian Zelger, CEO of LIQUI MOLY USA and Canada. “Thanks to our cooperation, we will increase the awareness of our marine product line and show people that we can do more than just two and four wheels.”

Advertisement
In this article:additives, LIQUI MOLY
Print
Up Next: