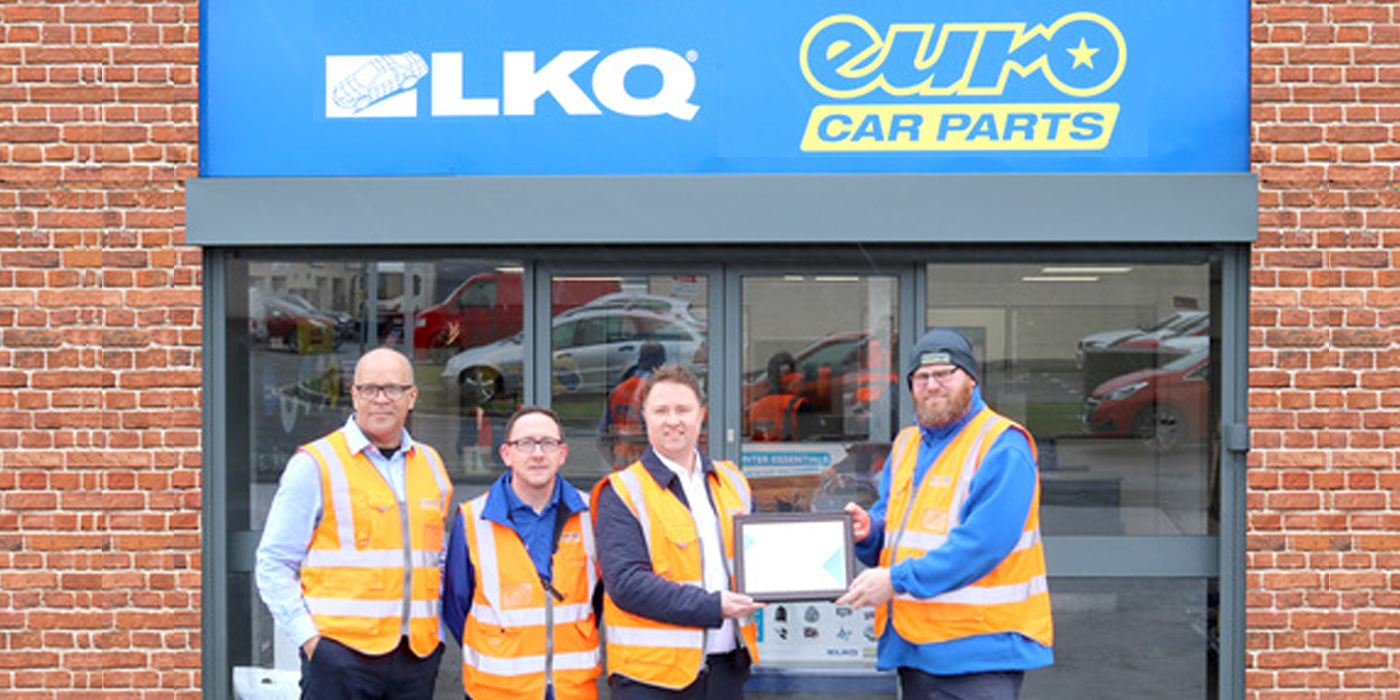 A driver for LKQ Euro Car Parts was given Trakm8’s Road Safety Hero Award after saving a couple from a submerged vehicle.

A brave driver for LKQ Euro Car Parts, who saved a young couple from a submerged vehicle, has been named the winner of Trakm8’s Road Safety Hero Award, an initiative launched by the vehicle technology solutions provider and road safety charity Brake.

Gary Nicol was carrying out his usual internal branch-to-branch deliveries for aftermarket specialist LKQ Euro Car Parts when he noticed a car travelling at speed across the junction while waiting at the lights. Moments later, Gary spotted an upturned vehicle submerged in water down the embankment. Initially thinking that the vehicle had perhaps been there overnight, Gary realized the engine was still running.

After summoning some passers-by to help, Gary led the efforts to free the couple who were trapped inside. They first went to the female passenger, believing her to be in the driver’s seat due to the angle of the car. Having managed to lift her above the waterline, ensuring she could breathe, Gary then turned his attention to the driver’s side. The driver was trapped in the vehicle because of his seat belt, but some quick thinking from Gary saw him use the penknife of a bystander to cut him free.

Speaking of the rescue, Gary said: “I just did what I think anyone else would have done. When I saw the car in the water, my adrenaline kicked in and I knew I had to help. I didn’t really think about doing anything else. I’m just very glad that they both got out ok and that I was in the right place at the right time. Anything else just doesn’t bear thinking about.”

A long-time supporter of Brake, Trakm8 marked 2021’s Road Safety Week with the launch of a nationwide search for Britain’s ‘Road Safety Hero.’

As part of its continued commitment to improving safety standards on UK roads, Trakm8 has pioneered a range of solutions designed to empower fleets to drive more safely. These include RH600, a 4G telematics integrated camera which enables fleet managers to monitor for safety and efficiency, and an intuitive driver feedback display system (ACC 750) proven to encourage safer & economical driving styles.

Jim Hill, group marketing director, at Trakm8, added: “When we set up the Trakm8 Road Safety Hero award with Brake, we were inundated with great entries.

“Gary’s story really personifies why we launched the Road Safety Hero Award. We were all blown away by his bravery and quick-thinking – he’s a real credit to LKQ Euro Car Parts and the wider fleet industry.”

Alongside his award, Gary has also won a one-night luxury London break, with a view from The Shard and a 3-course meal at Marco Pierre Whites restaurant.

For more information on the full range of products and services offered by Trakm8, please visit: https://www.trakm8.com

Advertisement
In this article:awards, LKQ Euro Car Parts
Print
Up Next: