Every other week, aftermarketNews.com offers an interview with a high-profile individual in the automotive aftermarket. We give executives free rein to express their views on anything from the state of their corporations to recent legislative news to future trends in their niche markets. Here you see what matters to the newsmakers themselves.

Our latest edition of “Executive Interview” features Joe Puishys, president of Honeywell Friction Materials. A 25-year veteran of the company’s automotive businesses, Joe Puishys has served as president of Honeywell Friction Materials since early 2002. His responsibilities include overseeing the most recent corporate effort to align closely with Honeywell’s business initiatives and operating plan. He has already played a major role in the cost cutting and six sigma programs occurring throughout the organization.

Join us as Puishys gives us an update on Honeywell Friction Materials, including plans to expand manufacturing operations and launch new products.

Q: Honeywell announced back in January that it terminated discussions with Federal-Mogul regarding the possible sale of the Friction Materials business, which includes the well-known Bendix brand. The company has decided to retain the business. What was the reason for this decision?

A: After several months of negotiations, Honeywell and Federal Mogul were unable to agree on the terms of a deal. Negotiating with Federal Mogul’s various bankruptcy committees was a complex undertaking. Also, Honeywell believes that the Friction Materials business — which is now closely aligned with the company’s overall initiatives and operating plan — can contribute substantially to Honeywell International’s own portfolio. The Bendix and Jurid brands have a lot of history in this industry and our team is re-energized and eager to keep those names in the limelight.

Q: The company has said it plans to make significant investments in both the OE and aftermarket segments of the business. Can you provide more details on those plans?

A: With more than $30 million in fixed capital earmarked for improvements in manufacturing, product quality and research and development, our short-term plans include improvements to order turn-time and line fill with increased coverage of all categories.

Being a large player in both the original equipment (OE) and aftermarket industries globally enables us to leverage our position in many ways. For instance, the high engineering costs we incur to win and service OE programs allows us to leverage our friction development activities across the globe. We continue to invest heavily in the research and development efforts that are winning us new business with strategic OE customers who value technology and customer service. These efforts lead to better-performing Bendix branded aftermarket products. We are currently developing enhanced semi-metallic formulas for our premium friction line, including TitaniuMetallic, Import Quiet, SUV and Fleet MetLok.

Q: What’s in the works, on the aftermarket side?

A: We have several core initiatives on the aftermarket side of our business in 2004, including large capital investments, new product launches and increased staffing.

The aftermarket will see improvements to the Bendix premium friction products this year due to the implementation of cutting-edge engineering technology developed in support of recent OE wins. Customers will notice greatly improved noise characteristics, reduced dusting and outstanding performance.

Earlier this quarter, we launched Bendix Global – a complete value line of hard parts and friction. We’re able to back the line with extensive support, engineering, research and service – something many value line producers can’t do.

Since the start of 2004, we’ve increased our aftermarket staff by more than 40 new people; and, we are looking to add another 20 new employees by the end of 2004.

Q: What are the challenges in being involved in both segments of the automotive industry? Conversely, what are the benefits?

A: The challenge is balancing competing objectives, such as meeting higher standards for stopping distance while addressing consumer issues around dust generation. Also, manufacturers are discounting their vehicles to such a degree that suppliers are forced to fund the costs at a pace that is faster than their ability to take costs out of the materials/operations. It’s a process that constantly requires fine-tuning and as a supplier, we have to be armed and ready to find ways to cut costs yet maintain performance. Excess capacity in the industry also affects us.

In both aftermarket and OE, we are pursuing new business along with a large number of competitors, many of whom are located in low-cost countries. In this highly competitive environment where there is more capacity than business to fill it, we are being very aggressive in making sure our global product development, engineering and manufacturing capabilities are properly positioned to fulfill our customers’ needs.

But, there are definitely benefits to being on both sides of the industry. One investment we make in research and development could save us time and money on both OE and aftermarket projects. There is more of a consolidated effort because our OE and aftermarket engineers and technicians really do work hand in hand so a solution in one area often leads to a solution in another.

Q: We’ve heard there are plans to add to your manufacturing operations. Can you tell us more?

A: Honeywell Friction Materials is strategically positioned around the world with nearly 30 sales, engineering, manufacturing and R&D locations. Some of our facilities are specifically manufacturing while others are engineering and R&D. We will be expanding our operations in Guangzhou, China, where we make domestic, Japanese OEM and international aftermarket products.

Q: Are there any plans for new products in the coming months?

A: We are gearing up for the launch of our enhanced semi-metallic friction formulas – to be integrated into our current product line-up. In addition to the new formulas, we are expanding coverage on our TitaniuMetallic product offering.

Also in the works are many initiatives for our ceramic product line, CT-3 Bendix. R&D engineers are developing a heavy-duty ceramic formula for medium and heavy-duty SUV and truck applications and we plan to enhance the performance characteristics of our existing ceramic formula. By the end of the year, our ceramic offering will exceed 200 part numbers.

Since the recent launch of the Bendix Global friction and hydraulic lines, we continue to add new models and coverage to this value line of brake pads and relined shoes, wheel cylinders, hoses, master, slave and clutch cylinders as well as drums and rotors.

In an effort to offer our customers greater flexibility, we’ll be launching a semi-loaded caliper program later this year. This program will meet customer demand by including all the hardware of a loaded caliper without the friction. 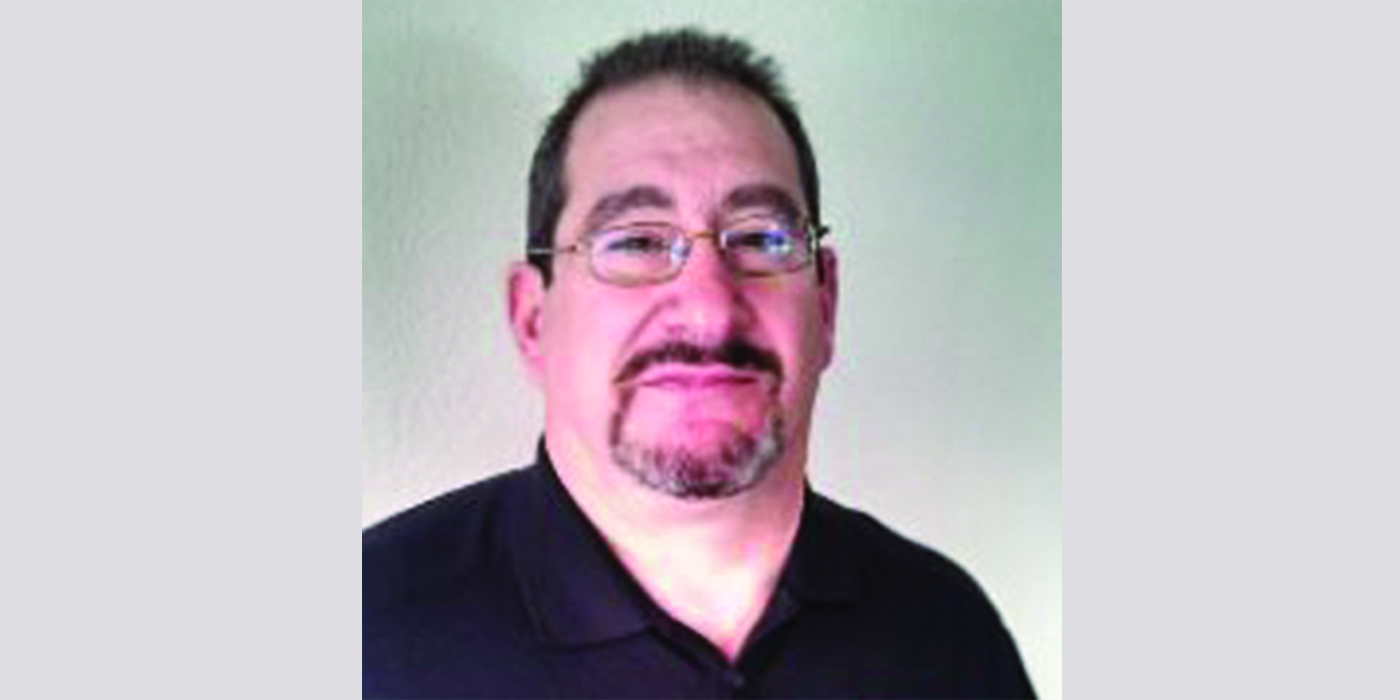 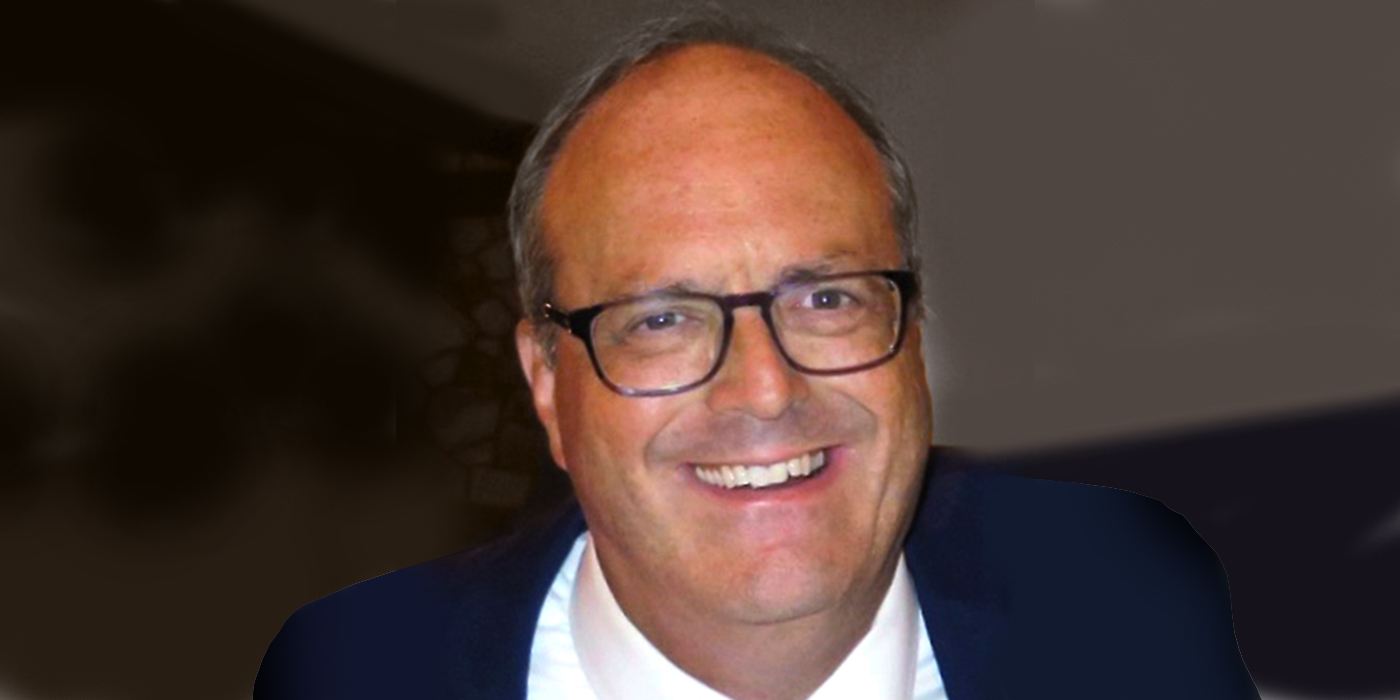 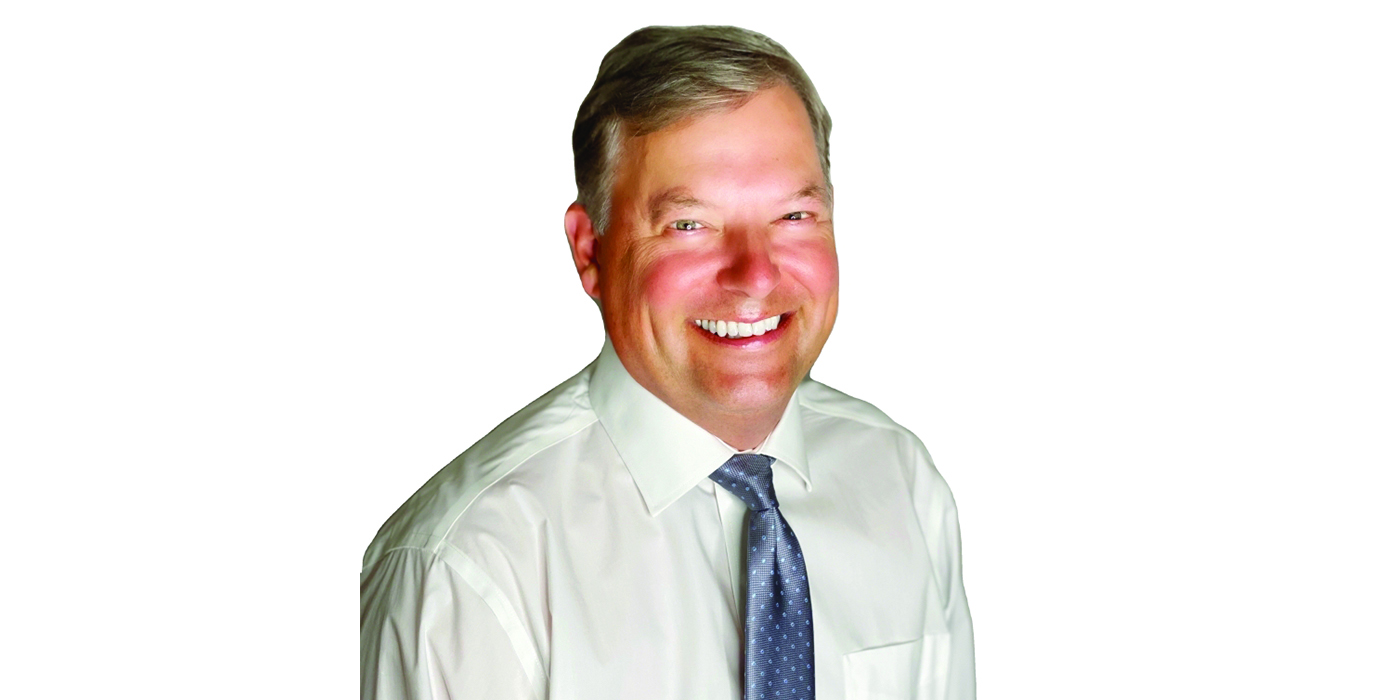 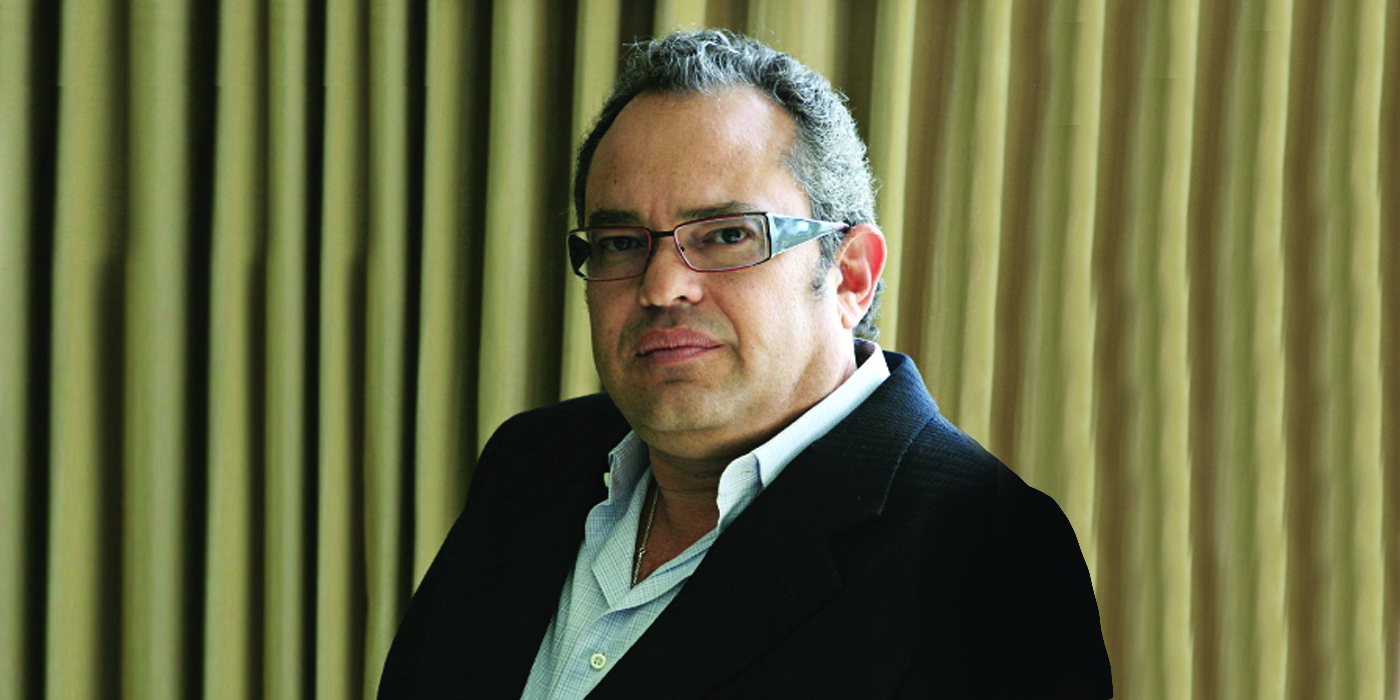 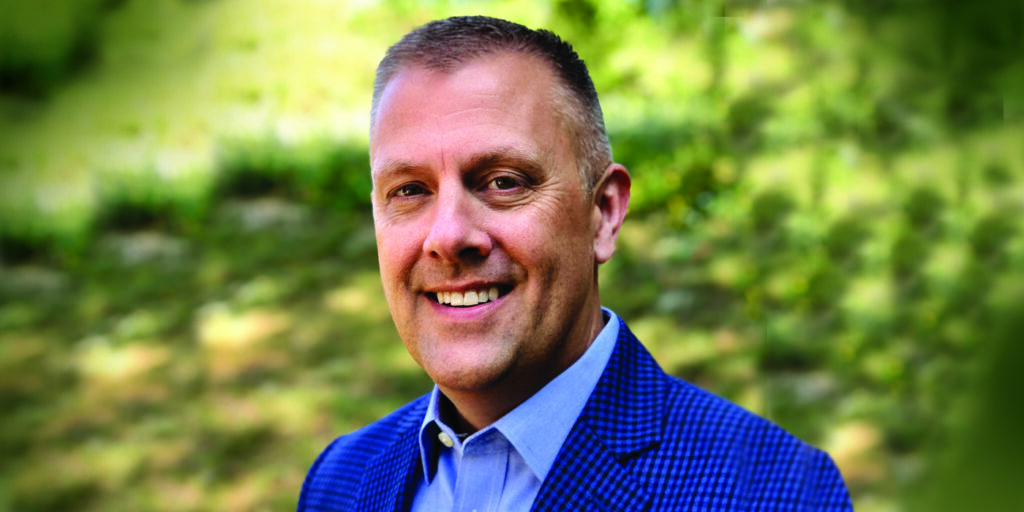 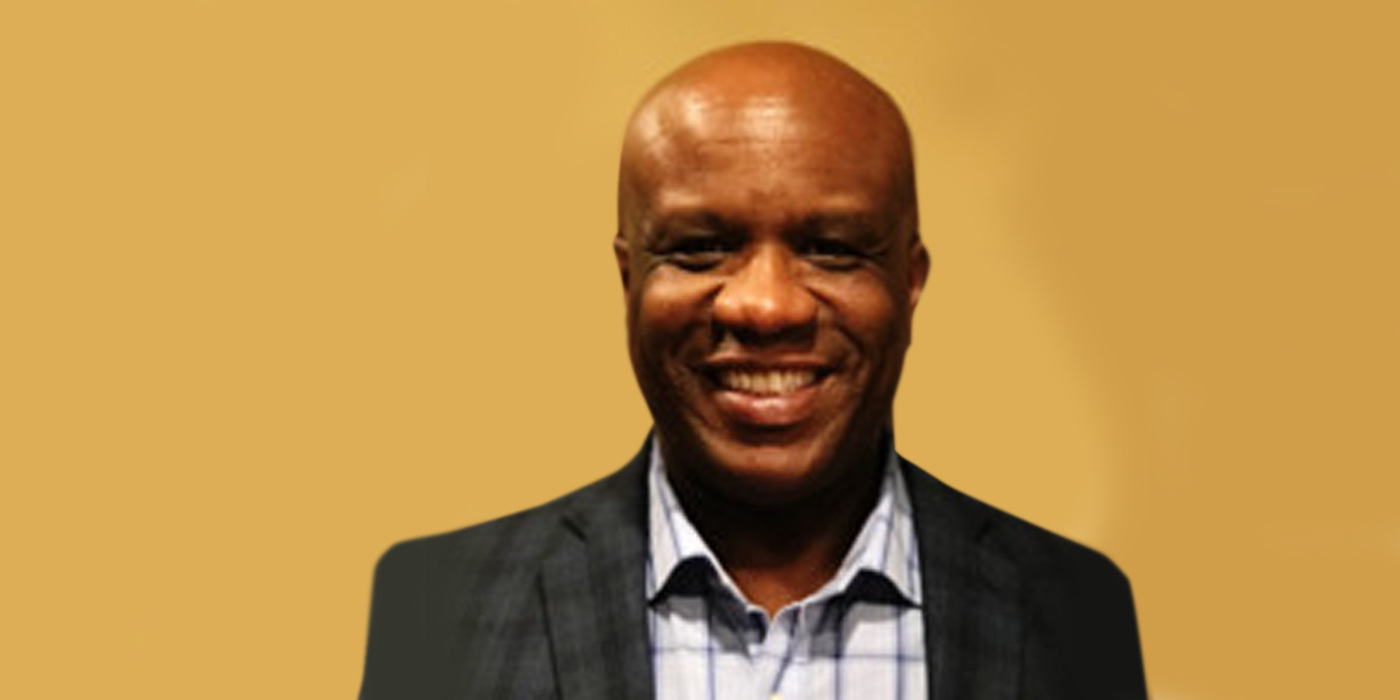 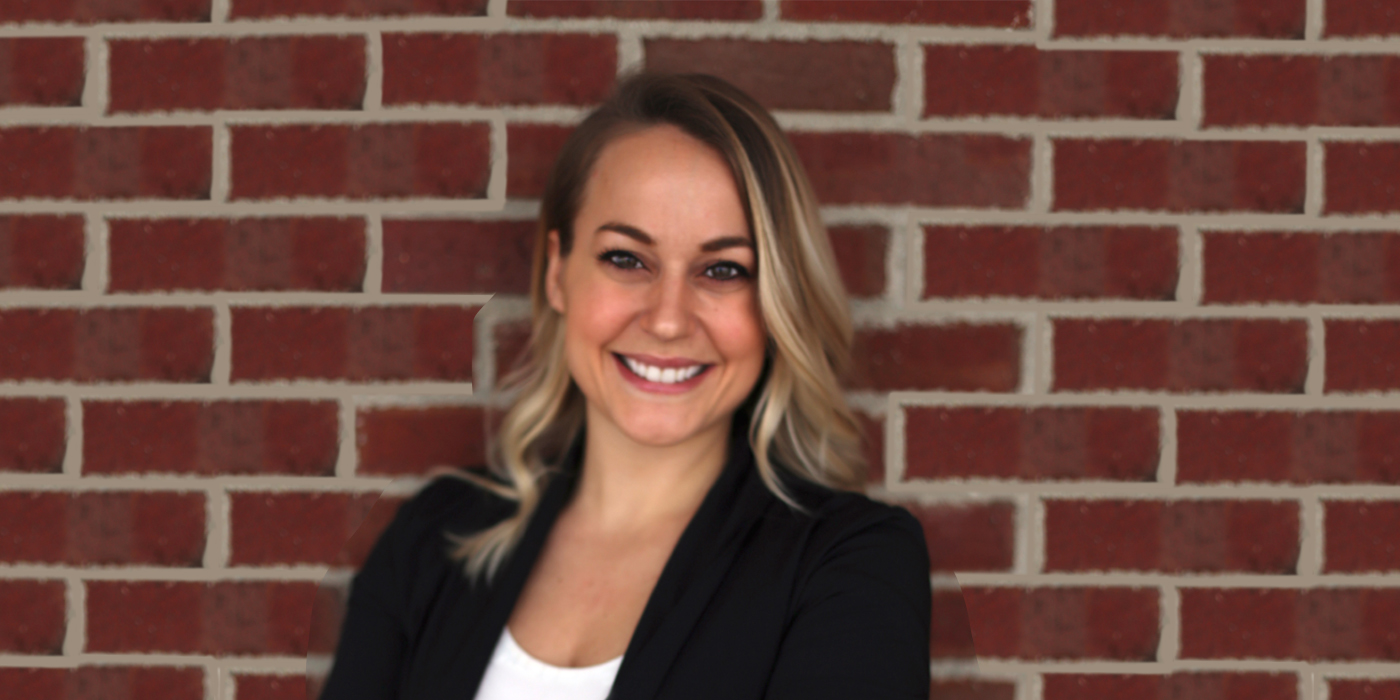 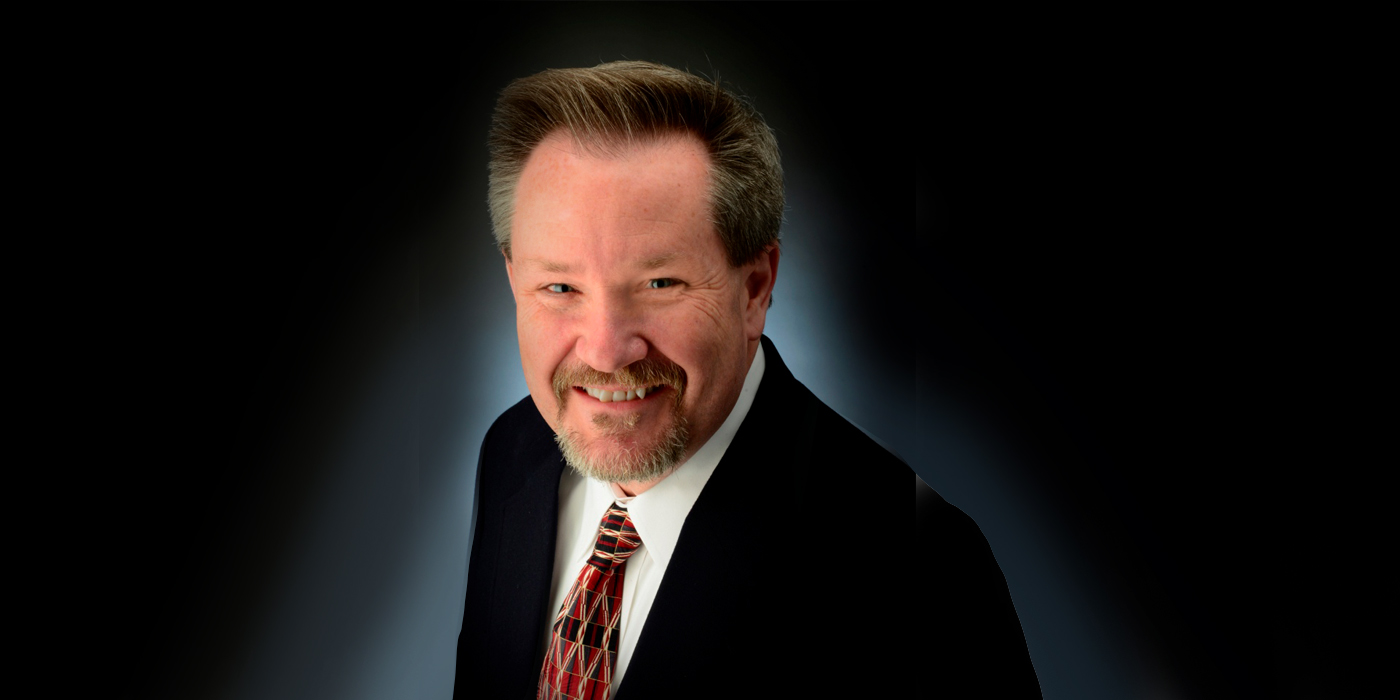 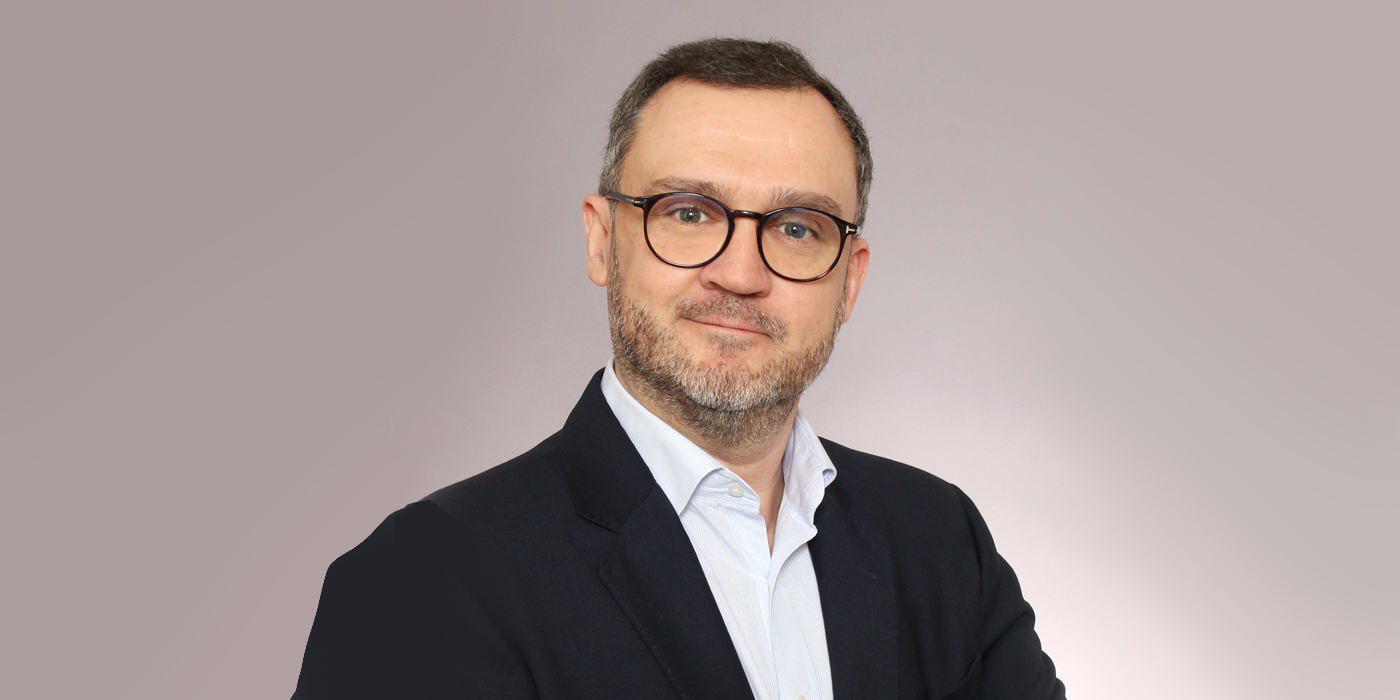 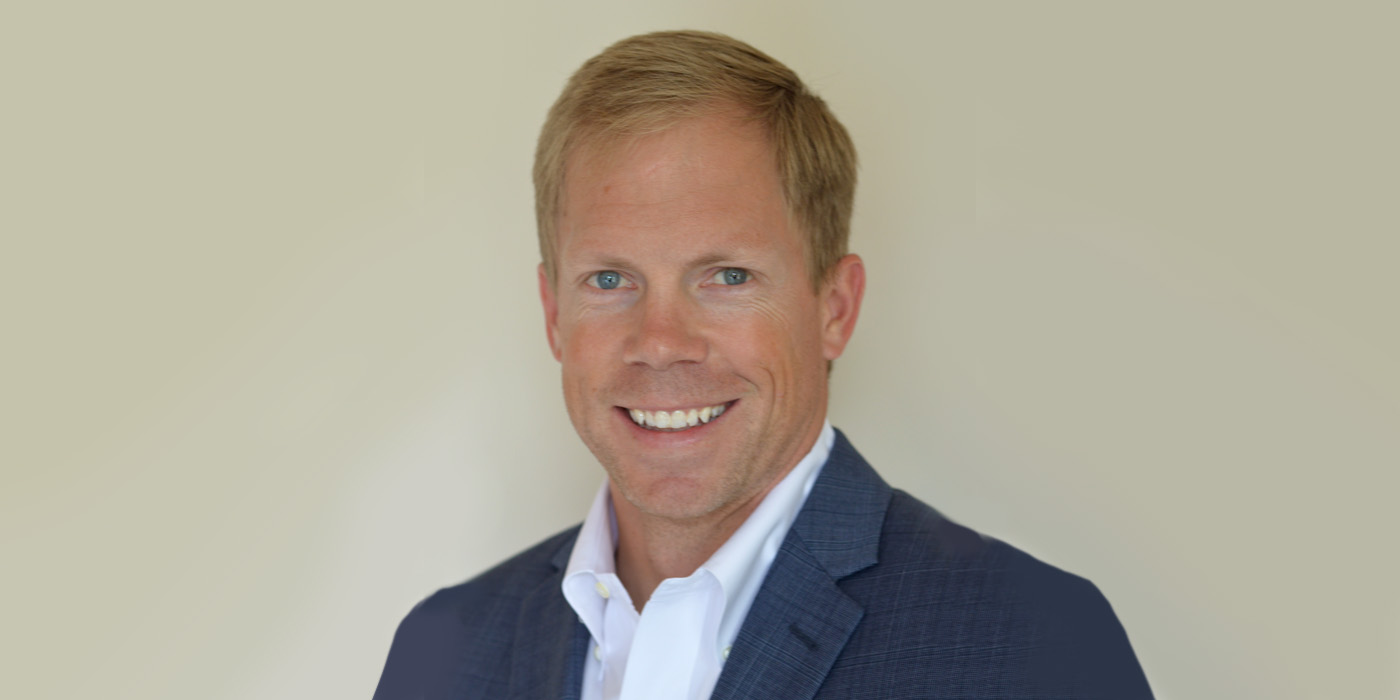 Today we hear from Brian Kaner, CEO & President of Pep Boys, and president of the Icahn Automotive Service Division. 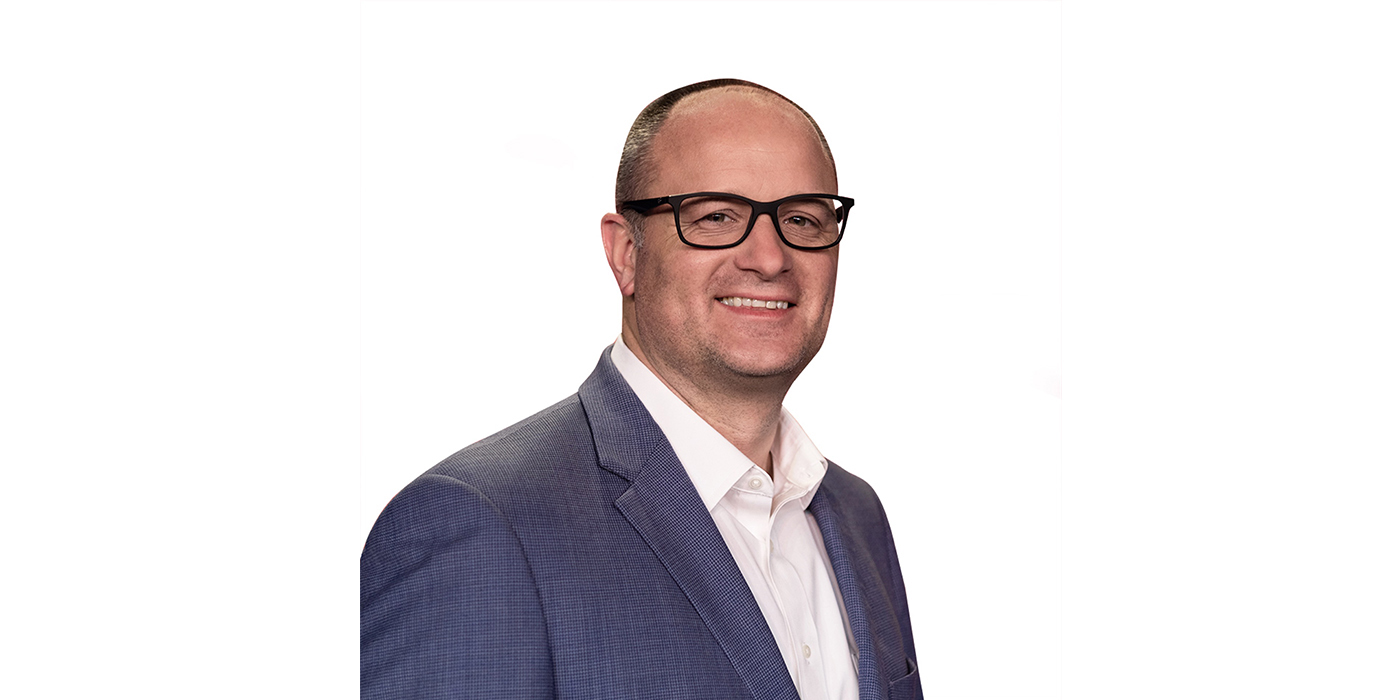 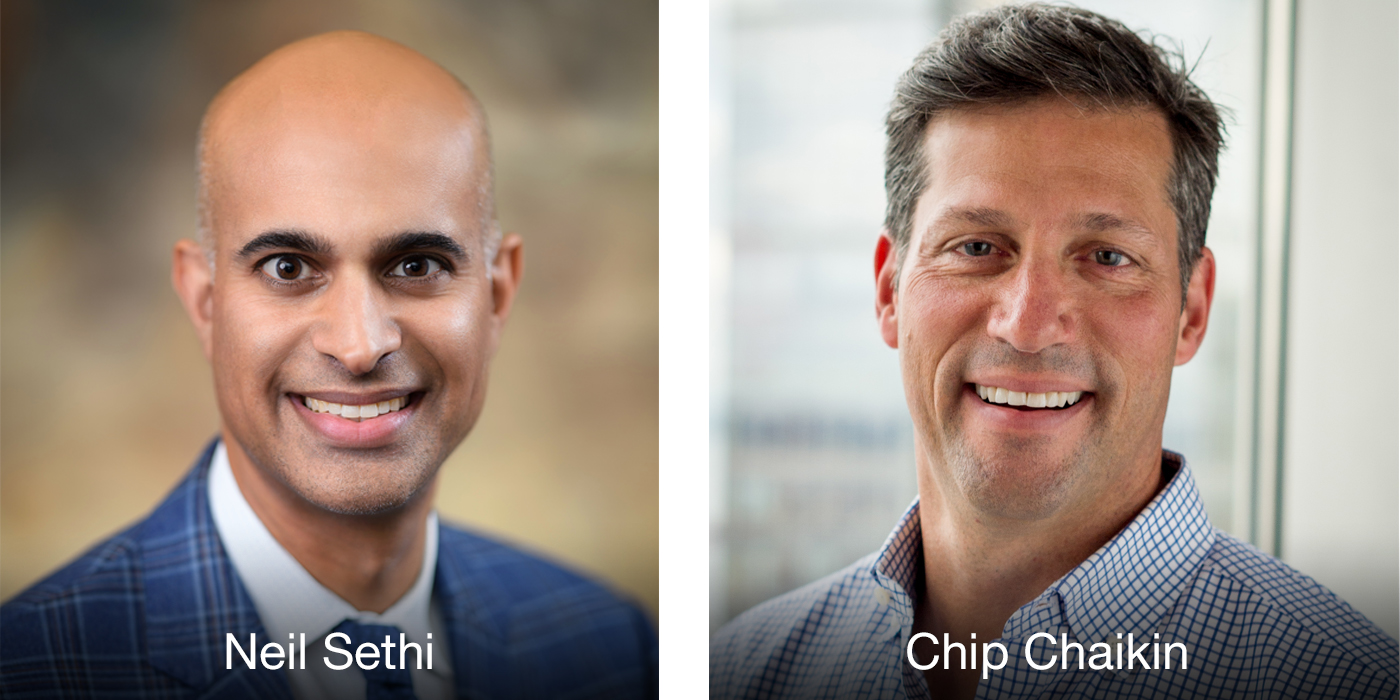 Hanvey discusses industry milestones from 2020, and takes a look at what’s in store for the association in 2021. 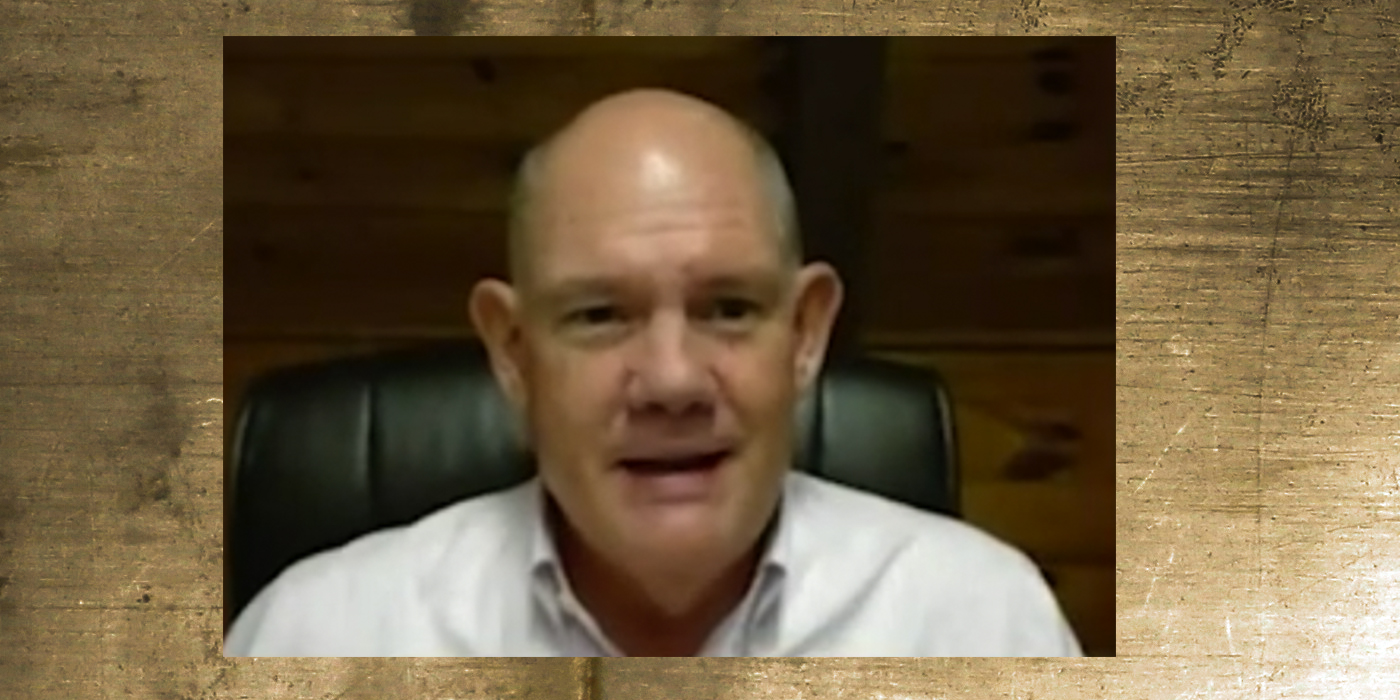