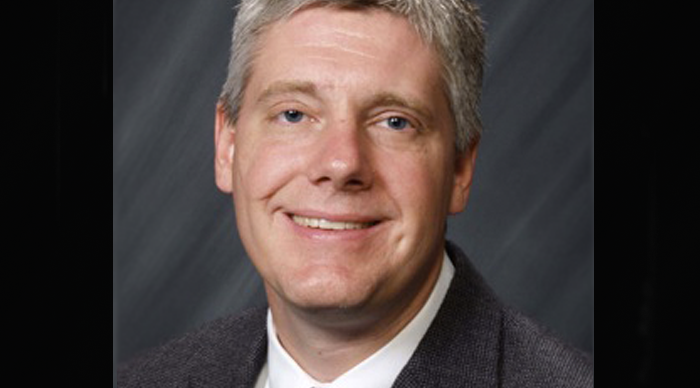 In today’s AMN Executive Interview, ASA President and Executive Director Dan Risley talks about what’s in store for attendees at this year’s NACE | CARS show and what led up to the decision to return to Detroit. 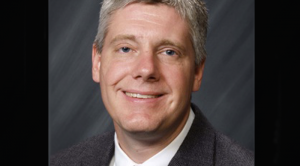 In today’s AMN Executive Interview, ASA President and Executive Director Dan Risley talks about what’s in store for attendees at this year’s NACE | CARS show and what led up to the decision to return to Detroit.

We spoke in this interview forum just about a year ago. At that point, you were one year into the job. You’ve made a lot of positive changes to the association in that time. What are some of the actions you’ve taken that you are most proud of?

How does your current role at ASA compare to previous roles within the industry? Are there aspects of your previous roles that are helping you in this position?

There is no comparison. I served in a similar capacity with a competing association and it certainly paved the way for me to understand how not-for-profits work, what does work and what doesn’t work. It also helped me bridge the gap with the industry relatively quickly when I came into this position at ASA because I’d already established myself with industry relationships, at least on the collision side. Because those relationships still existed, it helped me to rekindle those relationships and continue to foster them for the betterment of the industry.

What is the makeup of the ASA membership, in terms of collision vs. mechanical members?

It’s a 60:40 split, more mechanical than collision. We have 5,000 dues-paying members. However, I want to clarify that a little bit. Other associations that I have worked with used to claim, and still claim, that they represent 6,000 shops. But there’s a big difference between representing 6,000 shops and having 6,000 members. They have about 500 members, but they “represent” 6,000. So when I say that we have 5,000 members, that’s 5,000 dues-paying members.

Looking at the universe of tradeshows this industry has to offer, what makes NACE | CARS the best?

It’s created for the industry, driven by the industry. The reason why it somewhat fell apart for a couple years was due to the fact that we weren’t positioned that way. It had become a show that we were developing for the industry as opposed to having the industry help us develop a show for them. We went back to “Why don’t you tell us what you want and need and let’s make sure we deliver what our customers are asking for.”

For our readers deciding which tradeshows to attend this year, why should they choose NACE | CARS?

NACE | CARS is, by and large, where the industry leaders go. Both on the collision and mechanical side, industry leadership comes to our show. Although we have technicians that come to the show and we obviously welcome them, our show isn’t tailored toward the individual technician, but it is geared toward the decision-makers, the leaders in the industry. And that’s been our focus. We want the decision-makers there. That is our goal.

What kinds of benefits come from an association hosting a tradeshow?

You’ve brought back the MSO Symposium – what inspired this return?

It was 100 percent a derivative of asking our customers what they wanted and then listening to what they had to say. The feedback we’ve gotten from attendees, as well as from our sponsors is “Hey look, the Collision Repair Executive Symposium is great, but we really like the format and the content that was generated out of the MSO Symposium.” So we’ve gone back to that. We want to be nimble, we want to respond.

How do you feel about returning to Detroit again this year?

The overwhelming response was that people were shocked. But not shocked in the way most people would assume when they hear the word “Detroit.” With what’s shared in the news and what people watch on TV, it put a lot of fear in people in terms of whether or not they felt it was in their best interest, from a safety perspective, to attend. I had at least a half dozen people that came up to me and apologized. They said, “I thought you were an idiot for doing this and we weren’t sure where you were going with it, but this city has been a really good host.” The other thing I have heard on more than one occasion was that the people in the city appreciated having the show and having the business, and hey were happy to have people there. Holding it in Detroit last year was certainly more affordable for attendees in several ways, and the city was easier to navigate as well.

What did you take away from the show last year?

It was very clear that people wanted two things: They wanted more demos and they wanted more OE-specific training. We are delivering on both of those this year. We’re doubling our size. We’ve got a much bigger space this year because we’re going to be doing more live demos. We’re also having another area set up that’s going to be a showcase for us. This year, in addition to the live demonstrations, we’ve gotten approval from the fire marshal to run drivable vehicles on the show floor showing telematics, connected vehicles and the latest in technology.

We also have confirmation from one of the top five insurance carriers that they’re going to be hosting their advisory council meeting there.

The days of having a static booth are a thing of the past. We recognize that people want to see things and that they want it to be action-oriented. That has been our drive since we moved the show to Detroit. We want it to be more interactive; we want to drive traffic and excitement on the show floor. I think you’re going to continue to see an evolution of the show that builds upon what we had last year. It’s not just walking by and grabbing candy from a booth. It’s something that’s going to be more engaging and will deliver a higher value for people.

Last year, when we moved the show to Detroit, we kept the same format as the prior year and only did the expo on Thursday and Friday. The overwhelming response from exhibitors, as well as attendees, was that they wanted to have a Saturday show. So, the event will now expand to include a Saturday show. We did not feel comfortable doing that the first year out of the box in Detroit as our show the prior year was not overly successful. We didn’t feel comfortable having a three-day event. However, based upon the response that we got, it was overwhelmingly popular opinion that they wanted to have an expo on Saturday this year.

Another key focus this year for us is to continue to evolve and grow the support from the car manufacturers, because our show really starts and stops with the people that are producing our vehicles.

Additionally we’re going to be making a significant announcement on the training side – car manufacturer specific – that will be offered for the first time at NACE | CARS. It will coincide with the launch of a new model.