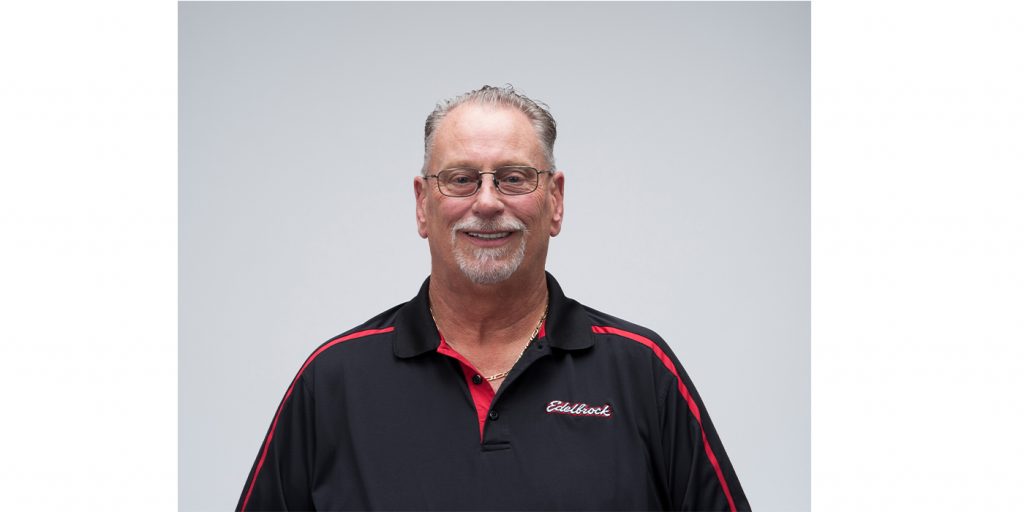 According to a blog post from Edelbrock, Smitty worked for the company for 30 years and had been using its products for 50. But his car roots went back even further as his parents raced ’30s Ford “Jalopies” at Ascot in the early ’60s. During his lifetime, Smitty owned more than 100 cars, with nine cars being the most he ever owned at one time.

Smitty’s primary function at Edelbrock was to help consumers by responding to their inquiries from Edelbrock’s website and through social media. Smitty was often able to influence consumer perceptions about Edelbrock parts. One example is Edelbrock’s intake manifold for the big-block Chevy, which is frequently used for racing. Smitty said racers did not believe Edelbrock’s parts were good for racing until he convinced them to try Edelbrock’s manifold. Because the manifold increases output by 30 hp more than the competition, his customers started winning more races.

Smitty’s background before coming to Edelbrock was all about enhancing automotive performance with aftermarket parts. This included stints at speed shops as well as performance-enhancing part manufacturers. While Smitty’s specialty became carburetors, his experience covered all aspects of the automobile engine. This came in handy back when Vic Edelbrock would hold his annual Power Tour. Edelbrock’s car kept overheating, but Smitty was able to modify the cooling system, fixing the problem, preventing it from occurring again.

As of press time, no funeral arrangements have been announced.

Editor’s Note: Smith was a featured guest in AMN’s 5 Minutes With in June 2020. You can read that article here.